First he supported Trump, then he condemned him. 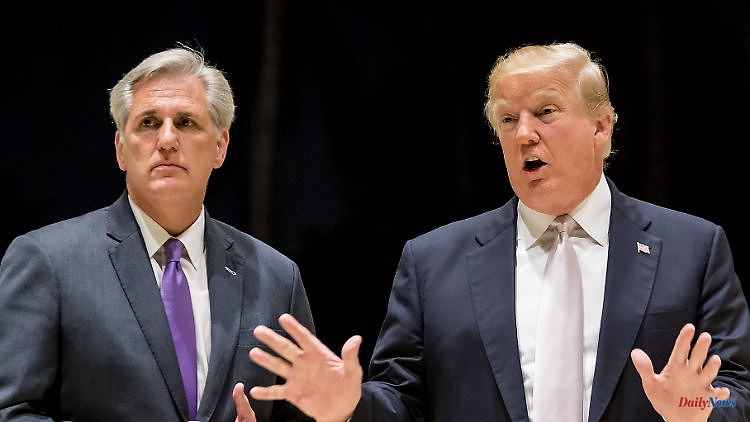 First he supported Trump, then he condemned him. And then he supported him again - because without the ex-president in the USA no elections can be won. But Kevin McCarthy wants to become chairman of the House of Representatives, and thus Biden's nemesis.

Seven years ago, Kevin McCarthy was already aiming for the presidency of the US House of Representatives, but had to bury his ambitions after clumsy interview statements for the time being. Now the office of "Speaker of the House" is within reach for the 57-year-old Republican: If the Conservatives win the majority in the House of Representatives in the midterm elections, as expected, the politician from California should take over the presidency of the chamber.

He owes this, among other things, to a cuddling course with ex-President Donald Trump, the strongman in the Republican Party. Just about a week after Trump left the White House in disgrace after the Capitol storming in January 2021, McCarthy was the first senior Republican to visit the right-wing populist at his luxury Mar-a-Lago estate in Florida. The leader of the Republicans in the House of Representatives helped Trump to gradually regain his power over the party - and at the same time made his loyalty to the president clear.

Shortly after the Capitol storming on January 6, 2021, McCarthy initially said publicly that Trump was “responsible” for the attack on Congress. In a phone call with other Republicans, he even announced that he wanted to urge Trump to resign. "I'm through with the guy. What he did is unacceptable. No one can defend that and no one should defend that." When the "New York Times" reported on the call, McCarthy firmly denied it - and was embarrassed when the newspaper published a recording of the conversation.

The politician with the silver-grey hair is representative of the way many Republicans dealt with Trump after the Capitol storming: the first convictions of the deposed head of state, who had called on his supporters to march on the Capitol in an incendiary speech after months of allegations of electoral fraud, was followed by quick recognition that Trump will remain the idol of the right-wing electorate. And that success with the Republicans is only possible with Trump's goodwill.

McCarthy has long been a supporter of Trump. He had already backed the New York real estate mogul in the primaries for the 2016 presidential election. When Trump won the election and moved into the White House, McCarthy was a key ally in Congress for the new president. Trump even referred to his party friend as “my Kevin”.

The son of a firefighter and a housewife, who was born in Bakersfield, California in 1965, represented more of the classic Republican wing, which advocates, among other things, economically liberal positions, before he went along with his party's increasing shift to the right. According to his own statements, he got into politics because he was frustrated with bureaucratic hurdles after opening a sandwich shop.

In 2002 McCarthy was elected to the Californian legislature, in 2007 he moved into the US House of Representatives in Washington, where he quickly made a career with the Republicans. In 2015, the gifted networker and campaign fundraiser wanted to chair the Chamber of Deputies.

But he then caused outrage by saying that a parliamentary inquiry into the deadly attack on the US consulate in the Libyan city of Benghazi in 2012 helped harm Democratic presidential candidate and former Secretary of State Hillary Clinton. This was taken as an admission that the Republicans had politically exploited the investigation. McCarthy withdrew from the race after harsh criticism.

At the second attempt, he should now succeed in taking the lead over the House of Representatives and thus the third-highest office in the state. As the presumed successor to Democrat Nancy Pelosi, he is likely to use the position to block President Joe Biden's reform plans - and to put pressure on the government with a series of parliamentary investigations. McCarthy could also hinder Biden's foreign policy. A few weeks ago, the Republican caused a stir when he said there would be no "blank check" for Ukraine in a Republican-controlled Congress. 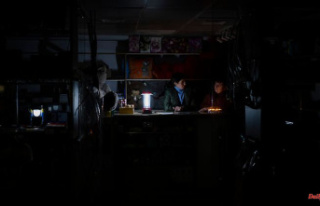 Power outages after rocket terror: Kyiv is dark, but...