She is already the favorite for the British Conservative party leadership. 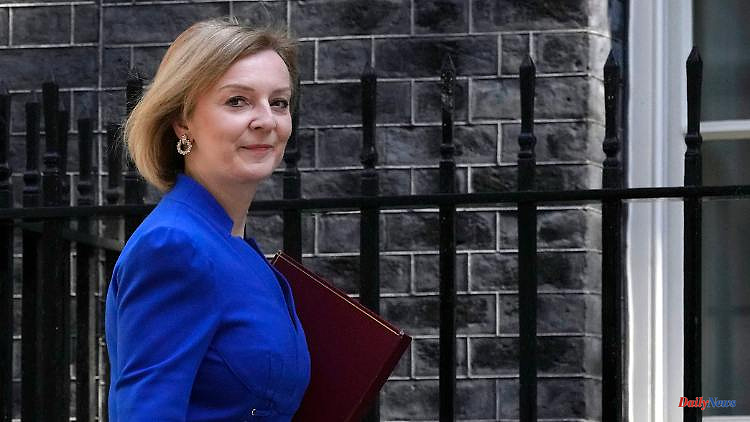 She is already the favorite for the British Conservative party leadership. And Liz Truss continues to receive support, this time from the new Treasury Secretary. The old department head, who is running against Truss in the vote that begins today, promises tax cuts.

In the fight to succeed British Prime Minister Boris Johnson, favorite Liz Truss has received further prominent support. The foreign minister will "abolish the outdated economic orthodoxy and run our economy in a conservative manner," Finance Minister Nadhim Zahawi wrote in an article for the Telegraph. "Liz understands that the status quo is not an option in times of crisis."

Zahawi ran for prime minister himself, but was eliminated in the first ballot of the conservative parliamentary group. With that, support for Truss continues to grow. The popular Secretary of Defense Ben Wallace had previously spoken out in favor of his cabinet colleague.

In polls, the 47-year-old is clearly ahead of her opponent Rishi Sunak, Zahawi's predecessor as finance minister. Members of the Conservative Party have been receiving their election documents since Monday. You now have until September 2nd to cast your vote.

Meanwhile, in an attempt to catch up, Sunak announced that he would cut income tax significantly from the current 20 percent to 16 percent by the end of the 2020s. Tax policy is one of the most important issues in the election campaign. Many conservatives accuse Sunak that during his tenure the tax burden rose to its highest level in 70 years. The 42-year-old points out that the measures to combat the consequences of the corona pandemic were necessary.

1 Premier's third wedding: Johnsons celebrate sumptuous... 2 "Don't fall into the price trap": Ampel... 3 "No signs of recovery": Material shortages... 4 "Without gas, shelves remain empty": breweries... 5 The lessons of the European Championship in England:... 6 Transfer cracker in Formula 1: Aston Martin spectacularly... 7 The weather week in a quick check: heat wave in August... 8 Secret wedding ?: Lena is said to have said yes again 9 Moon could disturb Perseids: Saturn is particularly... 10 "It used to be hot too": Why weather memories... 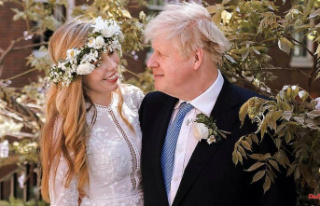