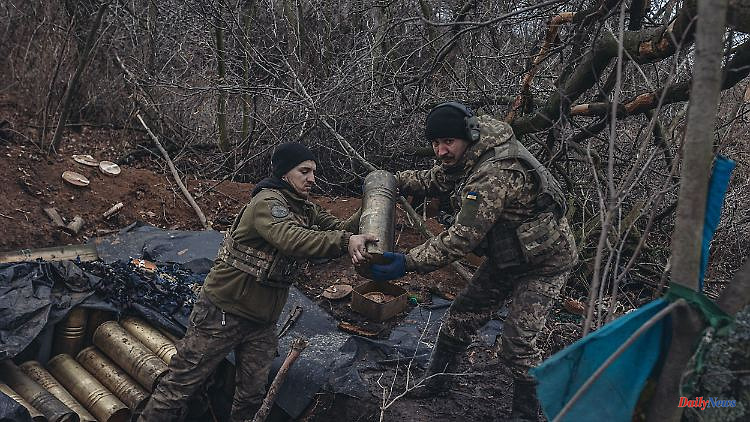 According to Russian Foreign Minister Lavrov, Moscow is also aiming to make Western arms deliveries more difficult by attacking Ukraine's energy infrastructure. But the Kremlin is planning far-reaching attacks. He wants to completely stop supplies for Kyiv by means of targeted shelling.

According to Russian Foreign Minister Sergey Lavrov, the supply routes for weapons and ammunition for the Ukrainian army from abroad will soon be interrupted. "We see that Ukraine is getting more and better Western weapons," Lavrov said during an interview on Russian television.

Therefore, there are calls among military experts to interrupt these delivery routes. "Railway lines, bridges and tunnels" are being considered, said Lavrov. "I assume they're making professional decisions about how to make those deliveries more difficult or, ideally, stop them altogether."

Attacks against the Ukrainian infrastructure are already being worked on in part. If the energy grid is interrupted, the delivery of new weapons will already be made more difficult. "And I am convinced that there are other plans that are being implemented in this regard." Ukraine has been defending itself against a Russian war of aggression for more than a decade.

Lavrov sees the USA as the main culprit and at the same time the greatest beneficiary of the war. The strategic goal of the United States and its allies in NATO is a "victory over Russia on the battlefield" in order to weaken or even destroy Russia, Lavrov said in an interview with the Russian state agency TASS on Tuesday. Washington is also pursuing the goal of destroying Russia's traditional relations with Europe.

The Russian military invaded Ukraine on February 24. The official order from Moscow was to "denazify and demilitarize" the country. Because of the war of aggression, in which thousands of people have died, the USA, the EU and other western countries have imposed harsh sanctions on Russia. Ukraine also receives weapons and equipment from the West.

Germany also supports the allies in Kyiv in the defensive fight against Russia. The war forced the federal government earlier this year to abandon plans not to ship arms to war zones. More than a quarter of the approved arms exports this year went to the attacked Ukraine. 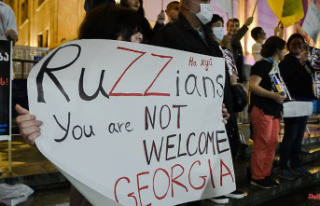