The traffic light coalition is dedicated to the next major dispute: Should the EU ban internal combustion engines from 2035? The Greens are for it, the FDP is against it. 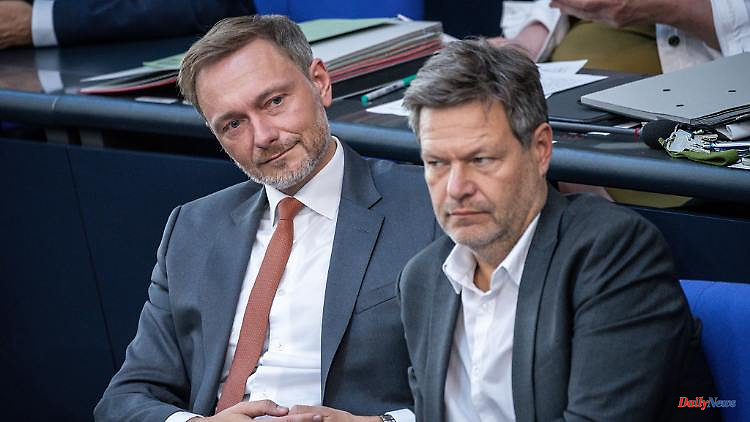 The traffic light coalition is dedicated to the next major dispute: Should the EU ban internal combustion engines from 2035? The Greens are for it, the FDP is against it. The fronts have hardened, and there is no solution in sight. Also because Scholz is holding back.

When the six cylinders of a Porsche 911 SC fire up, that's a sound that even sounds fantastic on YouTube. This is the model that Christian Lindner is driving, and seen in this light it is hardly surprising that the FDP boss is once again so passionately committed to the combustion engine. Of course, he doesn't just do that because the three-liter unit roars so well, but because ... - yes, why? That is the question that gives up his behavior and that of other FDP ministers. The fact is: the traffic light coalition is arguing again.

The question is whether the EU should ban internal combustion engines from 2035. The EU Commission proposed this and on June 9th the European Parliament also spoke in favor of it. This Tuesday, the EU members should position themselves in the Environment Council. Then there will be a vote that does not require unanimity. But because the traffic light has fallen out over it, it could be that Germany abstains. That would then be interpreted as a "no" to the ban on combustion engines. States can block the ban if they represent 35 percent of the EU population.

In the traffic light, the Greens are for the ban, the FDP is against it. Lindner entered the debate with such broad legs that a dispute was programmed: "I have therefore decided that I in the federal government, that we in the federal government, will not agree to this European legislation," he said last week at Industry Day . Did he decide? That no longer sounded like the spirit of partnership from the early days of traffic lights.

Specifically, the liberals want to continue to allow combustion engines, provided they are fueled exclusively with e-fuels. These are synthetic fuels that make it possible to drive cars with combustion engines in a climate-neutral manner. At least in theory, because it is possible to produce petrol or diesel from hydrogen and CO2. If you use green electricity for this and extract the CO2 from the air, it is climate-neutral. Because in the end, only the CO2 that was previously taken from the air flows out of the exhaust.

The nice thing about this idea is that you don't necessarily have to switch to expensive electric cars. One could at least partially continue as before. That is what the FDP has in mind. Former Transport Minister Andreas Scheuer from the CSU also propagates this. The talk is then of the "technology openness" that one must preserve. In other words, don't just rely on battery-electric cars, but also allow synthetic fuels.

The catch: in order to produce e-fuels, huge amounts of green electricity and green hydrogen are needed. It would be much more efficient to simply charge this green electricity into the battery of an electric car. Especially since green hydrogen will be so rare in the coming years that it will primarily go to industry. The Greens see e-fuels only as an option for airplanes, cargo ships or trucks - they cannot be electrified so easily because the battery would be too big and too heavy.

The core of the decision in Brussels is precisely this question: Should e-fuels also be approved for normal cars? This is exactly what Transport Minister Volker Wissing of the FDP called for: "We want vehicles with combustion engines to be able to be newly registered after 2035 if they can be proven to be fueled only with e-fuels. Approving climate-neutral vehicles with combustion engines corresponds to the important principle of openness to technology." Many jobs depend on the combustion engine and climate neutrality could also be achieved more quickly.

Especially since, as the combustion engine fans argue, every newly built electric car also comes with a heavy C02 backpack - which is due to the complex production of the battery. Opponents would now object that an e-car would be significantly more climate-friendly than petrol or diesel over its service life of 15 years or more.

When asked why the FDP is harping on about the subject, it's worth taking a look at the automotive industry. Their lobby, the German Association of the Automotive Industry (VDA), also demands the approval of e-fuels and "technology openness", which has long since become a combat term. So does the FDP make politics here for the corporations, for the industry? At least according to Professor Stefan Marschall from the Heinrich Heine University in Düsseldorf, this is one possible explanation. "The FDP represents industrial policy interests," he tells ntv.de, and that's what they bring to the coalition. "She wants to represent her clientele."

But that still doesn't explain the problem. Because the Greens accuse the FDP of having supported the combustion ban until recently. Minister Lemke says that the coalition agreement is clear. "But it is actually the case that the coalition agreement is imprecise on this issue," says Marschall. In the chapter "Car traffic" it says: "According to the proposals of the European Commission, only CO2-neutral vehicles will be permitted in the transport sector in Europe in 2035 - this will have an effect in Germany correspondingly earlier. Outside the existing system of fleet limit values, we are committed to that it can be proven that only vehicles that can be refueled with e-fuels can be newly registered." For the FDP, this means that cars that only fill up with e-fuels will also be permitted. For the Greens, "vehicle" means everything except the normal car, such as trucks, buses or excavators.

"Something like this is typical for coalition agreements," says scientist Marschall. "It may have been deliberately formulated so openly so that both sides of their clientele can say that they have prevailed." According to Marshal, the dispute still comes as a surprise. "It would have been more likely that the traffic light would follow the proposal of the EU Commission and Parliament." It is obvious to consider why the FDP is now trying to assert itself more. "After they lost feathers in the state elections in Schleswig-Holstein and North Rhine-Westphalia, they realized that they had problems making a mark in the traffic light coalition."

According to Marshal, the FDP must be pursuing a policy that is not in its DNA. The FDP had planned to work with the Ministry of Finance on its core issue of "solid finances". Due to the corona and climate crisis and the war in Ukraine, Finance Minister Lindner now has to spend more and more money. "As a result, the Green Ministers Baerbock and Habeck start the initiatives and Lindner then, as Minister of Finance, has to see how he gets financed." And that raises the question of how this can be done without raising taxes or suspending the debt brake, says the scientist.

The CDU would now ask: "Where is Scholz?" And Marschall also sees the Chancellor as having an obligation. A word of power is difficult in a three-party coalition like the traffic light. But it is the task of the chancellor's office to recognize such conflicts at an early stage and then to find a solution before a public dispute breaks out. "Now it's too late for that."

The question that remains is what will happen if Germany actually abstains from the vote on Tuesday. The Greens fear a setback for climate protection if Germany, as the most populous and economically strongest country, does not lead the way. According to Marschall, however, it would "not be very dramatic". Germany alone could not block the decision. He believes it is possible that other countries will negotiate a compromise that Germany could then join. The latest proposal comes from Italy - it provides for the combustion ban to be postponed by five years. It is possible that this proposal will get through, because another four countries support this proposal. In Europe there would then be one less reason to regard Germany as a leading power, let alone when it comes to climate protection. 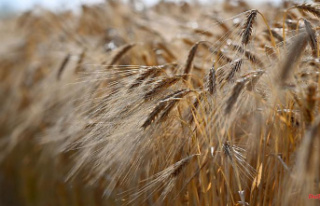 Because of news from Egypt: Wheat price as low as...