Traffic light tank dispute: It's all a matter of time

For the moment there seems to be silence in the coalition on the issue of tank supplies to Ukraine. 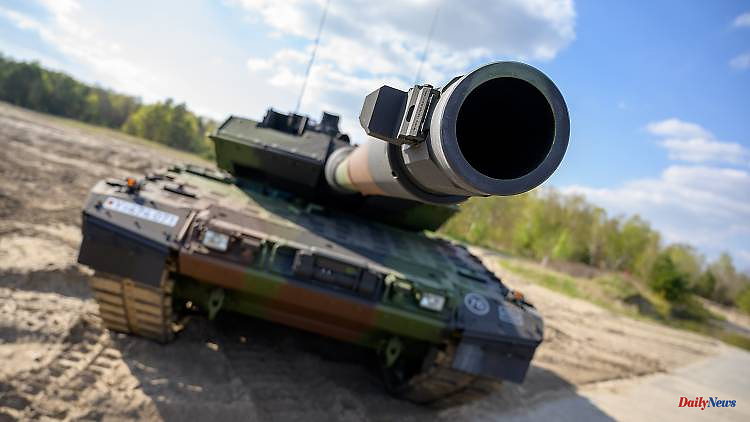 For the moment there seems to be silence in the coalition on the issue of tank supplies to Ukraine. But the Greens and FDP only dutifully support the Chancellor's course. A request from the Union puts the traffic light under additional pressure.

The interview is likely to have caused irritation in the SPD. A decision on the delivery of Leopard main battle tanks to Ukraine should not be delayed for long, Green Foreign Minister Annalena Baerbock told the FAZ last week.

Baerbock did not contradict Chancellor Olaf Scholz's line of argument directly, but unequivocally: "We've been supplying tanks for a long time - anti-aircraft tanks, armored bridge-laying vehicles, armored recovery vehicles. Infantry fighting vehicles are now being exchanged for rings." The word "prudence," which Scholz uses to describe the federal government's Ukraine policy, was missing in her interview.

Two days after the Foreign Minister's interview appeared, Scholz spoke to Deutschlandfunk and repeated what Germany had already delivered. Unlike Baerbock, however, he did not want to emphasize that a delivery of Leopard 2 tanks would no longer be a big step. Rather, he emphasized that Germany was doing "a lot". The federal government is acting "very wisely, prudently and in a balanced manner," said the chancellor. "Otherwise, there is a general principle that is very, very important to me: We will not go it alone in everything we do."

That was on Saturday. The next day Baerbock was a guest at Anne Will's. There she sounded much more reserved than a few days before. Instead of insisting on fast delivery, she looked for reasons why fast delivery was not possible: "The material breaks very quickly if it is used incorrectly. Then it has to be repaired." That is why a center for this is now being set up on the Polish-Ukrainian border. And: "None of the international partners is currently taking the step," she said. "We cannot take the step alone."

No going it alone. It looked like Scholz brought Baerbock into line. FDP leader Christian Lindner also tried on Monday to present his party's position as crystal-clear support for the chancellor's course. The FDP is "still of the opinion that Germany must check every day whether it can do more to support Ukraine," said Lindner. He had written that almost word for word on Twitter a week earlier. Now, however, he pushed the restriction that everything would be coordinated with the allies. There is agreement "that no main battle tanks of Western production and design should be delivered". The FDP Presidium have just confirmed this course.

Baerbock's appearance on Anne Will and Lindner's statement on Monday show that politics is always a question of timing. The Greens and FDP want to avoid putting too much pressure on Scholz, because that would only limit the chancellor's room for manoeuvre. In practice, his "prudence" has already meant that deliveries will be made at some point - especially since a high-ranking representative of the US Department of Defense has just said that the option of delivering modern tanks to Ukraine is "absolutely on the table."

What critics hesitantly call has become a strategy in the US: According to the New York Times, the US government has managed to "cook the frog". What is meant is that military support to Ukraine was not ramped up in leaps and bounds, but step by step. Like a frog that stays in the pot when the water is heated slowly, Moscow was not provoked into major retaliatory attacks.

In Germany, Scholz's prudence also serves to keep the pro-Russian section of the SPD and SPD supporters on board. It is questionable, however, whether Scholz would increase the temperature in the frog pot without pressure from allies and coalition partners. The CDU/CSU therefore wants to put a little more pressure on the boiler. A motion by the Union parliamentary group is on the agenda for this Thursday in the Bundestag: "Defend peace and freedom in Europe - now resolutely support Ukraine with heavy weapons". A 40-minute debate is planned. In view of the Russian partial mobilization, it is likely to be controversial.

If cracks and contradictions within the coalition should become apparent, this would probably be a pleasant side effect from the point of view of the Union. The union application expressly refers to "well-known politicians, including those from the ruling traffic light coalition," who have expressed in the past few days that Ukraine must be "immediately and substantially equipped," "including with heavy Western equipment."

What is meant are FDP politician Marie-Agnes Strack-Zimmermann, the Green Anton Hofreiter and the SPD foreign politician Michael Roth, the most prominent voices in their respective parties for less hesitant arms deliveries. Strack-Zimmermann and Hofreiter in particular express a position that is not a minority opinion in the ranks of the FDP and Greens. The deputy federal chairman Johannes Vogel said on Tuesday on ntv that he thinks it's right "that we act in a coordinated manner in the alliance". But at the same time he called for a more active role on the part of the federal government: Germany must "discuss and suggest within the alliance and in the European network how we can support Ukraine even more." Green leader Omid Nouripour said a week ago in the Augsburger Allgemeine that everyone in the government knew "that more was possible."

The FDP defense politician Marcus Faber is also pushing for the rapid delivery of Marder infantry fighting vehicles and Fuchs armored transport vehicles. He cannot understand the fear of crossing a red line with battle tanks. "My perception is that the self-propelled howitzer shoots 40 kilometers, with a caliber of 155, and that the cheetah is also very good in ground-to-ground action and weighs over 40 tons. Now why supply one and the other, but not the third and fourth, that certainly needs some explanation." 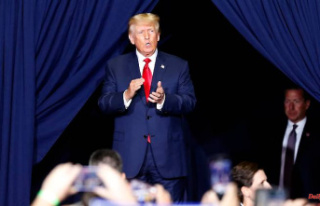