Trump did not invite to the ceremony: Obamas are late back in the White House

The Obamas are back in the White House. 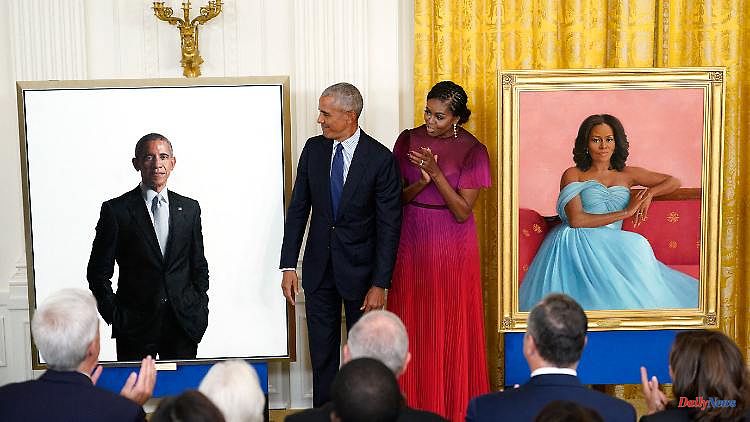 The Obamas are back in the White House. And they will stay there, forever. The fact that their portraits have only now been revealed is also due to Donald Trump.

Joe Biden's schedule is unusually empty this Wednesday. There is only one official date: the unveiling of the portraits of Michelle and Barack Obama, the 44th President of the United States and his First Lady. This means that 44 presidential families are now hanging with their paintings in the US seat of government. Normally, the successor invites his predecessor to such an unveiling ceremony. But under Donald Trump, little was normal. He also broke with this tradition.

Joe Biden is catching up now. And he likes to do it. "Welcome home," he calls out to the Obamas. It's not just a tribute to someone who served as US President from 2009 to 2017, it's also a welcome to his friend, Barack Obama. He made him his deputy at the time, and today Biden sits in the executive chair of the Oval Office. Even though Obama remembered in his speech that he was recommended to get a dog if he really wanted to find a friend in Washington DC because that doesn't exist in the political landscape, Joseph Biden was in the eight common ones years at the head of the state has become a "sincere partner and honest friend".

The portraits that were unveiled are said to be realistic about the Obamas. The artists had been working on it for months. The ex-president says it worked extremely well for his wife. He even tried to convince the artist to "hide the gray hair or make the ears a little smaller", but failed. It's about an honest impression of who the two are. The former president was immortalized by US artist Robert McCurdy, while Michelle Obama was portrayed by painter Sharon Sprung

The sustained applause that erupts again and again makes it clear that many of those present must have missed it. A speech in which a serious message is spiced up with a dose of humour. Obama is brilliant at this. But it's a home game. In addition to a few journalists, only friends and employees of the White House are there. What is he missing the most? It's not Air Force One. Although, if he thinks about it for a moment, it's the Air Force One - sentences that nobody in the fully occupied East Room of the White House takes offense to. 'Cause everyone understands it's a hoax. And when Obama thanks all the employees of his presidency afterwards, no one doubts his sincerity.

What are the Obamas trying to achieve with these portraits in the White House? He hopes that people will get the impression that "if they made it, we can do it too". This is the feeling that visitors should leave the White House with after viewing the paintings. His wife Michelle is even more explicit. It's about what could happen if someone like her, who was never meant to be lined up next to Jackie Kennedy, could serve as First Lady, the first African-American First Lady of the United States to call herself a daughter of a waterworks employee and a housewife with an unusual name.

If she and Barack can "land on the walls of the most famous address in the world, then every kid who doubts themselves should believe they can do it. That's what this country is about." She knows deep in her heart that there is still more that unites people in the United States than divides them. These are sentences from a woman who lived for eight years in a house that was once built by slaves. For a moment, the country's problems are gone. It's about hope. The life theme of the Obamas. "Yes we can" was the slogan that brought her into the White House. A bit of that is blowing through the room again today.

The Obamas now have a permanent seat in the White House in Washington DC. Donald Trump and his wife don't have it there yet. Would Joe Biden also hold such a ceremony for his direct predecessor? The White House spokeswoman refers the issue to the White House Historical Association. It is the organization that has taken care of and financed this series of portraits since the mid-1960s. There is no set procedure for presidential portraits, says Stewart McLaurin, the head of the organization. "It is up to the President and his predecessor to determine the right moment, but there is no fixed timetable," McLaurin said.

It will probably be a moment before the next portraits of a President and his First Lady are officially unveiled. Interesting: Whether Donald Trump or Joe Biden is next. 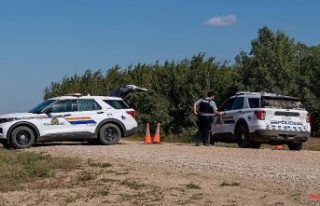