Historic turning point in the USA: The conservative-dominated Supreme Court overturns the right to abortion that has been in force for five decades. 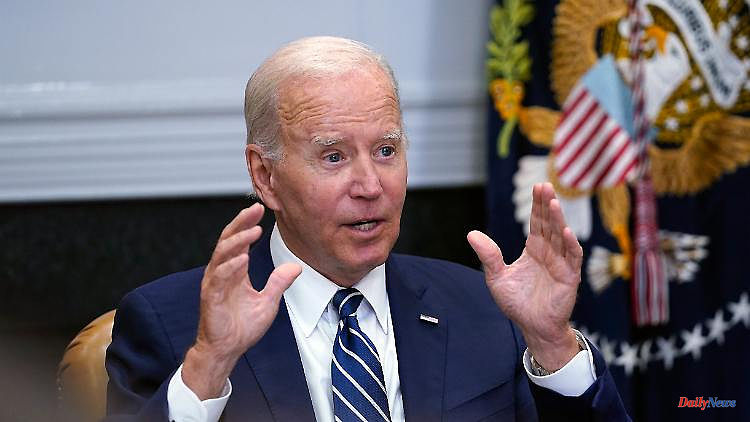 Historic turning point in the USA: The conservative-dominated Supreme Court overturns the right to abortion that has been in force for five decades. While conservative politicians cheer, US President Biden speaks of a tragic mistake. His predecessor Trump, on the other hand, sees God himself at work.

US President Joe Biden has called the US Supreme Court's abortion ruling a "tragic error". The decision goes back to an "extreme ideology" and has "taken away a constitutional right" from women in the United States, Biden said in Washington. "The health and lives of the women of this country are now at risk," the President warned.

Former US President Donald Trump, on the other hand, celebrated the Supreme Court's decision as God's decision. "God decided that," the 76-year-old told Fox News. The step is in line with the constitution and should have happened "a long time ago".

After the decision, protests broke out outside the courthouse in Washington. Opponents and supporters had already gathered there before. Protests are also expected in other cities in the country. The mood was already heated after a draft of the decision became public around two months ago.

The powerful Democrat Chuck Schumer was shocked. "Today is one of the darkest days our country has ever seen," the Senate Majority Leader wrote on Twitter. American women were said to have had their basic right to an abortion "stolen" by judges close to Trump.

The chair of the US House of Representatives, Nancy Pelosi, also condemned the decision against the liberal abortion law with sharp words. "It's a slap in the face for women," said the Democrat. Restricting abortion is just the beginning, she warned. "This is deadly serious." Pelosi referred to the congressional elections in November - there the right of women to decide about their own bodies is on the ballot.

Former US President Barack Obama called the court's decision an attack on US citizens' "fundamental freedoms". "Today the Supreme Court not only overturned a nearly 50-year-old precedent, but also subjected the most personal decision a person can make to the whims of politicians and ideologues," the Democrat wrote on Twitter.

Obama also shared an image with the caption: "Join the activists who have been raising the alarm about access to abortion for years and take action. Stand with them at a local protest," it said. His wife Michelle Obama wrote, "I am heartbroken for the people of this country who have just lost the fundamental right to make informed decisions about their own bodies." The judge's verdict must be a wake-up call, especially for young people.

The son of ex-President Donald Trump, on the other hand, celebrated the Supreme Court decision as his father's victory. "Proud of my dad for what he accomplished today," Donald Trump Junior wrote on Twitter. His father appointed three Supreme Court judges for "our movement" who oppose liberal abortion rules. The conservative Texas governor Greg Abbott also welcomed the verdict: Texas is a state that protects unborn life.

In a landmark decision in 1973, the Supreme Court enshrined a basic constitutional right to abortion, thereby legalizing abortions nationwide. Since then, the guideline has been that abortions are permitted until the fetus is viable outside the womb. This is usually the case from about the 24th week of pregnancy. Conservative politicians and activists have been fighting the landmark ruling for decades. In fact, their chances of success only increased when Trump nominated three conservative new constitutional judges.

The current decision restores the legal situation from 50 years ago: Although abortions are not automatically illegal, the individual US states are free to allow abortions, restrict them or ban them altogether. According to the Guttmacher Institute, 26 and thus about half of the 50 states are likely to ban or severely restrict abortion. 13 of these conservatively run states have already prepared corresponding laws. They could now come into force immediately with the decision of the Supreme Court. Missouri was the first state to announce a corresponding ban shortly after the landmark decision.

On the other hand, the states governed by the Democrats want to uphold the right to abortion. In the future, many women could be forced to travel to other states if they want to have an abortion. For many, this is likely to be very difficult, among other things for financial reasons.

Abortion rights activists also gathered in Washington. Some of them burst into tears. Planned Parenthood, the largest provider of abortion services in the United States, announced that it would continue to campaign for abortion rights. "We will never give up the fight," the company said.

1 Help with turning away from Russia: Ukraine wants... 2 In association with the Netherlands: Berlin wants... 3 "Donbass practically a kettle": Military... 4 Relations must not suffer: Kremlin sets condition... 5 Energy expert urges savings: "We still have four... 6 Three drafts under discussion: Bundestag discusses... 7 Elmau is gearing up for the G7 summit: Scholz invites... 8 States can decide: US Supreme Court overturns right... 9 Bulgaria wants to give up blockade: EU dialogue with... 10 Brussels concerned about Germany: Italy scrapes past... 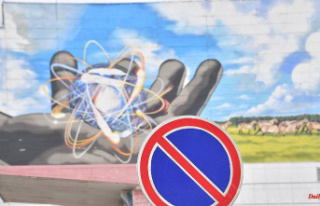 Help with turning away from Russia: Ukraine wants...