Turkey continues to oppose: How Erdogan disrupts the NATO accession

The Russian attack on Ukraine drives Finland and Sweden into the arms of NATO. 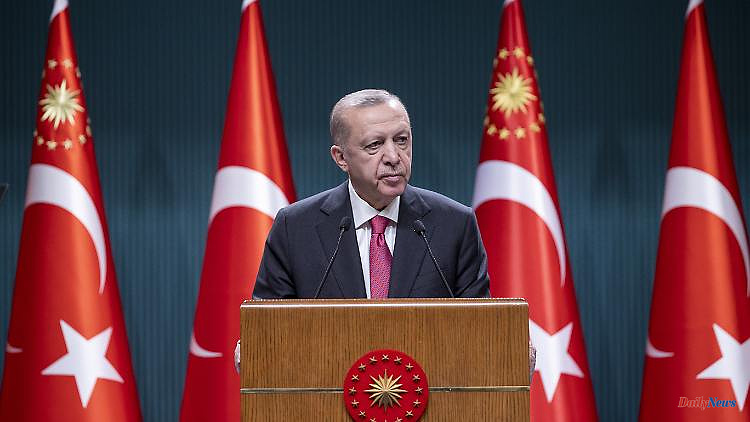 The Russian attack on Ukraine drives Finland and Sweden into the arms of NATO. But Turkey continues to impose conditions. It's about alleged terrorists and arms deals. President Erdogan wants to take advantage of the situation.

30 countries are members of NATO. The defense alliance could continue to grow this year. Sweden and Finland have officially submitted membership applications. However, all previous members have to agree for admission, and there is a problem: Turkey surprisingly refuses the new support. "President Erdogan is not giving up his negotiating ace at the moment. The Finnish president pointed out that the Turkish president had promised him that he wanted to agree to accession. This got the process going and the Turkish approval was really worth something . Erdogan is playing it out now," political scientist Thomas Jäger analyzes on ntv.

Turkey is out for its own advantage. She wants to get involved in the concert of the greats, hoping for far-reaching concessions. In her view, absurd arguments also seem right: Turkey accuses the two northern European countries of being "breeding grounds" for terrorist organizations.

President Recep Tayyip Erdogan refers to the Kurdish Workers' Party PKK. It wants to set up a Kurdish state and is classified as a terrorist organization in Turkey, but also in Sweden and Finland. However, the legislation in northern European countries is less strict. For example, it is not forbidden to wave a PKK flag. This is an affront to Turkey.

Ankara accuses Sweden in particular of offering refuge to Kurdish extremists. In fact, Kurdish members of the opposition have fled from Turkey to northern Europe because of increasing repression - according to information from Ankara, extremists are also among them. However, Stockholm and Helsinki have repeatedly denied extradition requests in the past for lack of evidence. That annoys Erdogan.

"It's a tough wrestling match that's taking place there now. We know that from other alliances where voting has to be unanimous. We see it in the European Union, where individual states keep blocking things because they pay a lot of money for it want," says expert Jäger.

However, Turkish displeasure is not limited to political actors in their sphere of influence, but also affects arms deals and sanctions.

Because Turkey bought a Russian air defense system some time ago. A security risk that endangers NATO's defense plans, as the United States finds. They have therefore sanctioned Ankara and, among other things, are refusing to sell the Turkish army more F-35 fighter jets. The older F-16 aircraft are also no longer supplied. For Turkey, the Nordic wishes for accession are a welcome means of pressure to change Washington's mind on this issue.

But relations with other NATO countries are also strained. Turkey has been at odds with Greece for many years. Because Greek Prime Minister Mitsotakis advises against selling arms to Turkey during a visit to the United States, Erdogan never wants to see him again. "Mitsotakis no longer exists," says the Turkish president.

Greece warns of increasing instability in the eastern Mediterranean. Other NATO allies, on the other hand, are clearly opposed to Turkey's actions in Syria. A major military offensive by the Turkish armed forces in northern Syria has been underway since the end of 2019, which has been sharply criticized by many NATO countries. Several states have therefore also put some of their arms deliveries on hold. This also includes Germany.

However, it is still unclear what specifically the NATO countries must offer Turkey so that it will drop its veto on the Sweden and Finland issue. Or what happens if Turkish President Erdogan does not agree with the offer. Would he single-handedly let the accession of Finland and Sweden fail? Jens Stoltenberg cannot imagine that. Ankara has made it clear that it has no intention of blocking Finnish and Swedish membership, the NATO Secretary General said at a press conference with Germany's Foreign Minister Annalena Baerbock.

Stoltenberg has recently expressed confidence that the accession process will not be delayed despite Turkish concerns. The Norwegian is convinced that the ratification process in Finland and Sweden will be completed faster than ever before. NATO has proven many times that it overcomes differences and finds consensus. And this time, too, he is optimistic, says Stoltenberg.

Probably because the solution to the Turkish veto is the failed arms deals of the past. According to observers, a compromise could be that Turkey would be allowed to buy modern war equipment and fighter jets from the USA and Germany, but not continue to oppose the Finland and Sweden issue.

Federal Defense Minister Christine Lambrecht is also confident that the two NATO accessions will work out. Sweden and Finland are "an asset to NATO," said the SPD politician in a statement in mid-May. "I am firmly convinced that Turkey can also be convinced of this."

It is becoming clear that the NATO countries have no interest in scaring Turkey away. In the ntv interview, NATO expert Markus Kaim assumes that Erdogan is only interested in the highest possible price. Turkey wants to pay dearly for its approval, but it will not take it to extremes.

Thomas Jäger is also convinced that the NATO accession of the northern Europeans will not burst. "That won't happen," the political scientist made clear at the beginning of the Turkish blockade. "President Erdogan has hit the bush. Turkey does it more often. But when things get serious, you're back in the thick of things. In the end, Turkey will agree to the accession of both countries." 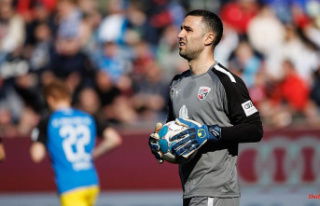