Two dead after the impact: why Poland's air defense failed because of the missile

The fall of a missile in the village of Przewodow near the Ukrainian border has puzzled both the Polish government and NATO. 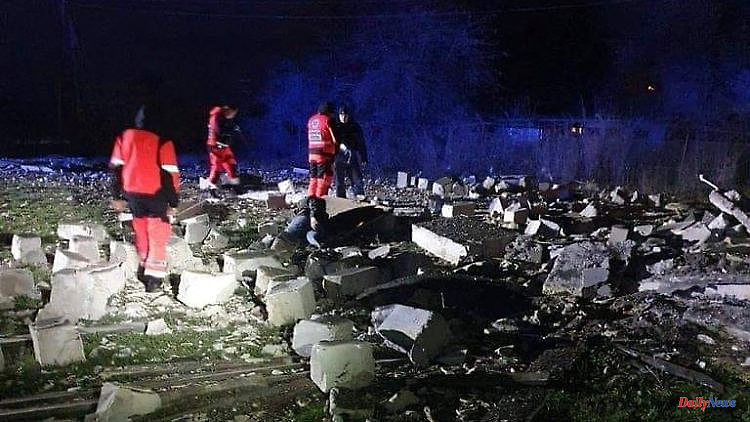 The fall of a missile in the village of Przewodow near the Ukrainian border has puzzled both the Polish government and NATO. For Poland's army leadership, however, one thing is perfectly clear: the air defense system is not equipped to protect the entire territory of the country.

According to the Polish General Staff, the NATO country's missile defense system was unable to prevent the deadly missile hit in Poland's border area with Ukraine. The task of the systems is to protect critical infrastructure, the army leadership said on Twitter.

"No army has an air defense system that protects the entire territory of a country. A missile attack is characterized by hitting a selected target with pinpoint accuracy and not destroying multiple targets over large areas."

According to the Polish government, a "Russian-made missile" hit the eastern Polish village of Przewodow six kilometers from the border with Ukraine on Tuesday. Two people were killed on a farm.

Poland, a neighboring country of Ukraine, is a member of the EU and the western defense alliance NATO. According to a NATO spokesman, representatives of NATO member states will meet this Wednesday at Poland's request. The meeting will be held on the basis of Article 4 of NATO. Article 4 states that NATO members will consult each other when, for example, a member's security is threatened.

Poland's National Security Council BBN will also meet again at 12 noon to discuss the missile impact and the consequences of it. The BBN is currently analyzing the previous agreements with commanders, service chiefs and allies, said BBN boss Jacek Siewiera on Twitter. The committee had already met on Tuesday evening after the first reports of the rocket impact. On Wednesday morning, Poland's President Andrzej Duda said that from his point of view there is currently no concrete indication of who fired the rocket.

US President Joe Biden, on the other hand, said there are now indications that the projectile is an anti-aircraft missile from Ukraine. Biden announced this at a meeting with other heads of state and government from NATO and G7 countries in Bali. He is said to have spoken of a missile from the S-300 system.

Moscow denied reports that the Russian military was responsible for the impact and spoke of a "provocation". The ministry said that no targets in the Ukrainian-Polish border area were fired at. The photos of alleged pieces of debris disseminated in the Polish media also had nothing to do with Russian weapon systems, it was said.

1 Presidency of the US House of Representatives: Kevin... 2 Otto board member Klauke in conversation: Why the... 3 Large industry gap: collective Christmas bonus increases... 4 Last test before the start of the World Cup: who will... 5 DFB chef on Müller and rice pudding: "The favorite... 6 Strict zero-Covid strategy: Beijing closes university... 7 "Just relax": Paris Hilton's mother... 8 Holiday pastries in the test: Dresdner-Stollen wins... 9 Labor law question: Do you always have to call in... 10 Reform of the law governing care: This will change... 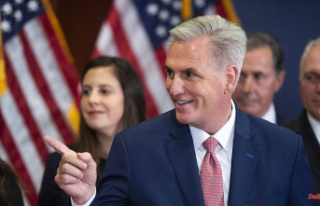 Presidency of the US House of Representatives: Kevin...