The Pride parade has been canceled and, according to the secret service, the terrorist threat is "extraordinarily" high. 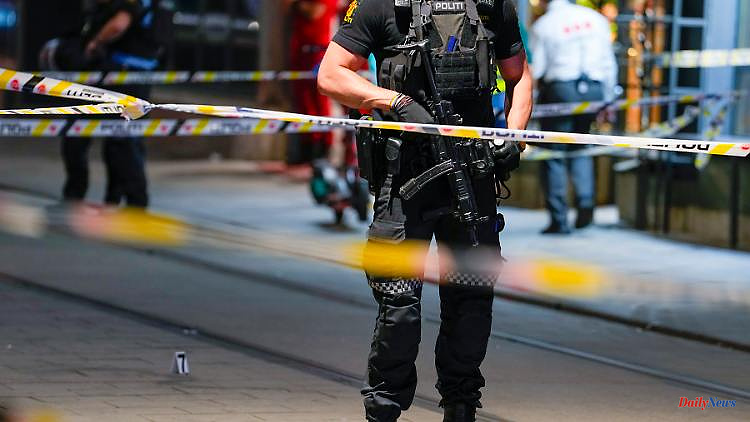 The Pride parade has been canceled and, according to the secret service, the terrorist threat is "extraordinarily" high. Norway has raised its terror alert level after a man killed two people and injured many more in a gay bar in Oslo. The police take up arms.

After the fatal shooting in Oslo, Norway raised its national terror alert level to the highest level. The risk of a terrorist threat is "extraordinarily" high, said the Norwegian secret service PST, as reported by the broadcaster NRK. Authorities chief Roger Berg said that the act, with two fatalities and at least 21 injuries, was viewed as an Islamist-motivated terrorist attack. Terrorism alert level five now applies. So far it was level three.

In the center of the Norwegian capital, a suspected lone gunman shot other people in and around a gay bar during the night. The authorities are investigating suspected terrorism. There is a strong case of hate crime, police said. The attacker is said to be a Norwegian with Iranian roots. He was arrested during the night.

A fully automatic weapon and another firearm were seized at the scene. According to the police, the suspect had already committed less serious acts of violence. The PST secret service said the man had been known to the authorities since 2015 on suspicion that he was a radicalized Islamist. He had also been diagnosed with a mental illness in the man in the past. Police said they are also investigating whether the LGBTQ community's Pride March was a target. The Pride parade was canceled on the advice of the police.

Panic broke out after the shots were fired in the well-known gay bar, which has been around since 1979. "Many people were crying and screaming, even the injured were screaming, people were desperate and scared - very, very scared," said an eyewitness. "My first thought was that Pride Day was the goal and that's scary." A reporter from public broadcaster NRK said he was in the area at the time of the crime and saw a man with a bag arrive, take out a gun and start shooting: "Then I saw windows break and I understood that I had to take cover."

Prime Minister Jonas Gahr Störe spoke of a "terrible and deeply shocking attack on innocent people". "We don't yet know what is behind this terrible act, but to the queer people who are scared and mourning, I want to say that we stand with you," he told the NTB news agency.

King Harald said he and the royal family were shocked by the attack. "We must stand together and defend our values: freedom, diversity and mutual respect," added the 85-year-old monarch. The Norwegian police, who are not normally armed, are now said to carry guns as a precaution until further notice.

The crime came just months after Norway celebrated the 50th anniversary of the decriminalization of homosexuality. The country of 5.4 million people has a lower crime rate than many western countries. However, hate-motivated acts of violence have also occurred. In 2011, right-wing extremist Anders Behring Breivik killed 77 people in Oslo and at a Social Democrat youth summer camp on the island of Utöya. 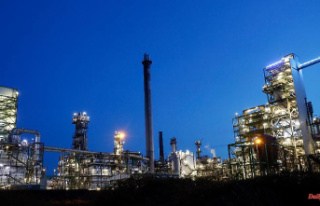