90 years ago, the policies of the Soviet leadership caused a devastating famine, also in Ukraine. 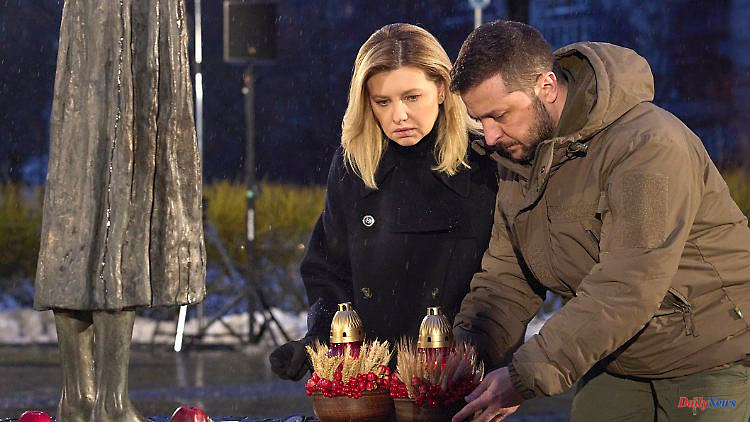 90 years ago, the policies of the Soviet leadership caused a devastating famine, also in Ukraine. Millions of people died. In the commemoration, Ukrainian politicians refer to today's Russian aggression. A planned Bundestag resolution on the Holodomor receives praise.

Amid the Russian war of aggression, Ukraine commemorated the Holodomor famine caused by the Soviet leadership 90 years ago. The leaders of Belgium and Poland, Alexander De Croo and Mateusz Morawiecki, and Lithuania's Prime Minister Ingrida Simonyte also traveled to Kyiv to show their support. Belgium, Germany and France promised further millions in aid.

The Ukrainian term Holodomor means killing through hunger and refers to the years 1932 and 1933. At that time, the Soviet ruler Josef Stalin had triggered a great famine by forced collectivization of agriculture, from which several million people died in Ukraine alone.

Ukrainian President Volodymyr Zelenskyy said his country could not be "broken". The Ukrainians "went through a terrible thing," Zelenskyj said in a video published on online networks. He referred to the recent destruction of Ukraine's energy infrastructure by Russian attacks: "Once they wanted to destroy us through hunger, now through darkness and cold."

After massive Russian attacks on the energy infrastructure, millions of Ukrainians are currently without electricity and running water - and that in winter, when temperatures often drop below freezing. The capital Kyiv was also massively affected. According to the authorities, the power supply has now been restored to 75 percent and the heating to 90 percent.

Meanwhile, the new Ukrainian ambassador to Germany, Oleksii Makeiev, welcomed the Bundestag's planned resolution on the Holodomor. It's about acknowledging the truth, Makeiev told the editorial network Germany (RND). "The truth that has been tried to cover up for decades. And the truth that can never become statute-barred." According to the draft, the resolution, which is to be discussed in the Bundestag on Wednesday, provides for the recognition of the Holodomor as genocide. It is supported jointly by the governing parties SPD, Greens and FDP as well as the CDU/CSU parliamentary group.

Recognizing the Holodomor as genocide will restore justice to millions of people and establish the truth about the crimes of Stalin and the Soviet leadership, the ambassador said. This recognition by the Bundestag is also "extremely important for understanding and processing the historical context of today's Russian genocidal warfare," added the Ukrainian diplomat.

Chancellor Olaf Scholz recalled the victims of the Holodomor in a video message. Hunger should never again be used as a weapon, said the SPD politician on the occasion of a new initiative "Grain from Ukraine". Therefore, the current food crisis should not be accepted. Millions of people are affected. That is why the federal government, in coordination with the World Food Program, is providing a further 15 million euros for grain deliveries from Ukraine.

Prime Ministers Morawiecki and Simonyte assured their Ukrainian colleague Denys Schmyhal that they would continue to support Ukraine in the nine-month war of aggression by Russia. Belgium's Prime Minister De Croo promised another 37.4 million euros to help Ukraine through the winter. France announced additional support of six million euros for Ukrainian grain exports.

Meanwhile, Orthodox priests gathered at the Holodomor memorial in central Kiev for a silent ceremony for the victims of the famine. This was artificially brought about, it was a genocide against the Ukrainians, priest Oleksandr Schmurygin told the AFP news agency. And now "history is repeating itself through Russia's massive and unprovoked war."

"Stalin's system, the repressive state, wanted to destroy Ukraine as a nation," said 39-year-old lawyer Andryi Savchuk. "Today we see that Stalin's efforts are continued by President Vladimir Putin". Russia denies genocide allegations against Ukrainians. It points out that the great famine provoked by Stalin was also responsible for millions of victims among Russians, Kazakhs and other peoples. 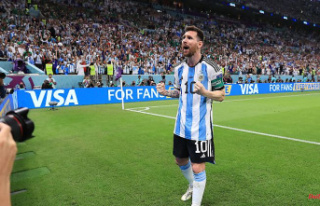