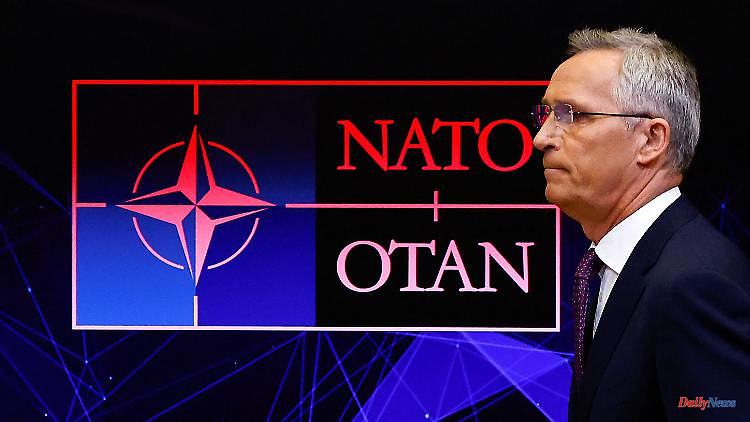 NATO Secretary General Stoltenberg is urging members of the defense alliance to continue military aid to Ukraine. With modern weapons, the probability increases that the country can stand up to Russia. However, the Norwegian does not expect the war to end quickly.

NATO Secretary General Jens Stoltenberg does not expect the war in Ukraine to end quickly. "We have to prepare for the fact that it could take years," he told the "Bild am Sonntag". But one should not let up in supporting Ukraine. "Even if the costs are high, not only for military support but also because of rising energy and food prices." But that is no comparison to the price that Ukrainians have to pay every day with many lives. And if Russia's President Vladimir Putin learns from this war that he can carry on as he did after the 2008 war in Georgia and the occupation of Crimea in 2014, then the West will pay an even higher price.

Stoltenberg said that although the fight in Donbass was being waged more and more brutally by Russia, the Ukrainian soldiers put up a brave resistance. With more modern weapons, the probability increases that Ukraine could also drive Putin's troops out of the Donbass. Regarding nuclear threats, the NATO chief said Putin must know: "You cannot win a nuclear war and it must never be waged. Our clear signal to Russia: NATO protects all member states."

However, Stoltenberg confirmed that the western alliance would not intervene in the fighting. "NATO will continue to support Ukraine in its self-defense, but is not part of the conflict. We are helping the country, but we will not send soldiers to Ukraine." You have strengthened your own defense with 40,000 soldiers under NATO command. The alliance area is secured on land, on water and in the air. "This is a clear message to Moscow so that there are no misunderstandings about our preparedness."

He hopes Finland and Sweden could join NATO soon, Stoltenberg said. To this end, he is counting on further talks with Turkey, which ties the accession to conditions such as dealing with the banned Kurdish Workers' Party PKK. "Turkey is an important NATO country with strategic importance between Europe, Russia, Iraq and Syria." The NATO countries, Sweden, Finland and the EU classified the PKK as a terrorist group. "No NATO country has suffered as much from terror as Turkey," said the NATO chief. "That's why we take Turkey's concerns very seriously and are doing everything we can to address them."

At the NATO summit in Madrid at the end of June, the alliance will declare that Russia is no longer a partner, but a threat "to our security, to peace and stability," said Stoltenberg. China will also appear in a paper for the first time. "Because China's rise is a challenge to our interests, our values ​​and our security."

1 The night of the war at a glance: Selenskyj: Will... 2 How much power does Mélenchon get?: Macron has to... 3 If necessary, without a debt brake: Lang: "No... 4 The day of the war at a glance: Navalny exposes Gazprom... 5 Second disaster in a month: Iranian fighter jet crashed... 6 Successes for Höcke and Chrupalla: The AfD wants... 7 After indigenous protests: Ecuador's government... 8 The lost candidate: the Georgians want to join the... 9 Briefing and award: Zelenskyj visits frontline region... 10 After deportation flights were stopped: London clamors... 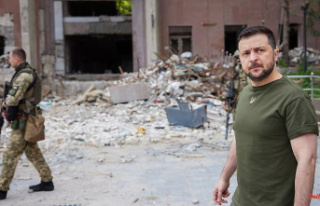 The night of the war at a glance: Selenskyj: Will...