Ukraine quarrels with Scholz: "If only we had Germany, we would spit blood"

Chancellor Scholz could travel to Ukraine this week. 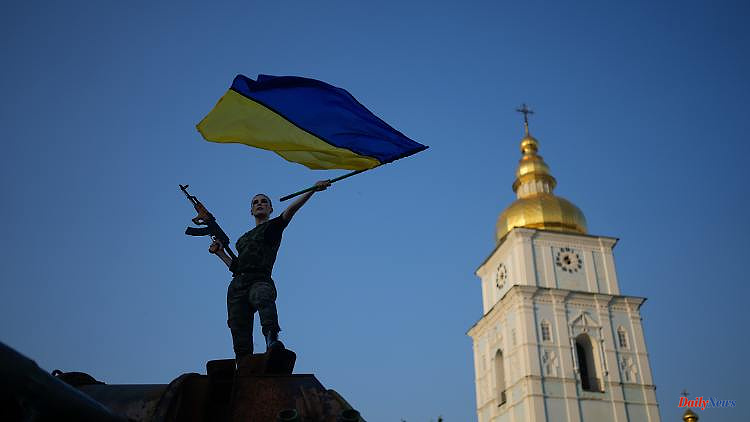 Chancellor Scholz could travel to Ukraine this week. He will no doubt be greeted warmly there. But the Ukrainian public is increasingly wondering why Germany is so reluctant to supply them with much-needed weapons.

Chancellor Olaf Scholz is reportedly visiting Ukraine this week. Should he do so, possibly together with French President Emmanuel Macron, he will meet a country that is now skeptical about the Federal Republic. "If we only had Germany and France as allies, we would spit blood," Ukrainian journalist Dmytro Gordon recently told Ukraine 24.

"Thank God we still have the US, Poland and the Baltics," Gordon continued. In his criticism, he included ex-Chancellor Angela Merkel and the French President and his predecessor François Hollande. "Merkel, Hollande and Macron have been very loyal to Putin. We can all see what that has led to."

This mood of disappointment with the behavior of the German government is widespread in the Ukrainian public. "Nothing comes to us from Germany but money. There is a little humanitarian aid. Medicine, anti-hemorrhagic drugs. But mostly only financial aid," Ukrainian military expert Oleg Zhdanov told the UNIAN news agency. "Germany pays with money. The sums are large, but weapons are more important than money."

Germany has promised Ukraine anti-aircraft tanks of the Gepard type. "It's something we urgently need," Zhdanov continued. But neither the cheetahs nor the Leopard main battle tanks reached Ukraine. "The whole German zoo got lost somewhere." The military expert made direct accusations against the Chancellor. "Olaf Scholz's behavior could be included in diplomatic textbooks: as a classic version of the policy of double standards."

Two weeks ago, Scholz vehemently rejected the accusation that Germany is not doing enough in the Bundestag - because criticism of the Chancellor in Germany is no less severe. In addition to the planned delivery of 30 Gepard tanks and 12 self-propelled howitzers, according to Scholz, Germany has already provided more than 15 million rounds of ammunition, hundreds of thousands of hand grenades and 5,000 anti-tank mines. In addition, there would be extensive explosive material, machine guns and other material. "To pretend that it wasn't a particularly far-reaching step that we have now taken is not okay and also not reasonable," said Scholz in Parliament and also announced the delivery of the Iris-T SLM air defense system and from rocket launchers and radar systems.

The problem is indeed different standards: while Scholz measures German supplies before the war, when heavy weapons were impossible for Ukraine from a German perspective, the Ukrainian army is simply running out of ammunition and weapons. In addition, according to Ukrainian information, the heavy weapons have not yet been delivered. Six million rounds of ammunition have arrived since May 3, but no more weapons, said the Ukrainian ambassador Andriy Melnyk to the German Press Agency. "Therefore, we hope that the traffic light government will finally step on the gas pedal to massively increase both the scope and pace for Ukraine to repel the Russian major offensive in Donbass."

The interview of Ukrainian President Volodymyr Zelenskyj with ZDF on Monday also shows how deep the disappointment is. "We need Chancellor Scholz's assurance that Germany will support Ukraine," Zelensky said. "He and his government have to make a choice." Germany should not attempt a balancing act between Ukraine and relations with Russia.

From the Ukrainian point of view, it is not an unreasonable assumption that Germany is not really concerned about the fear of an escalation of the war or about internal sensitivities. In an interview with journalist Dmytro Gordon, US-based Russian political scientist Andrey Piontkovsky insinuated that Macron and Scholz are not interested in a Ukrainian victory "because they know there is no place for them in the new security structure." As a motive for the French, Piontkovsky diagnoses the need "to oppose the Americans, to flirt with Moscow and to offer themselves as mediators between the West and the Kremlin". The Germans, on the other hand, have an economic interest in good relations with Russia.

This criticism may seem exaggerated in Germany - to Ukrainian ears it sounds plausible after almost four months of war. "Putin as a person and his regime would be worthless in this world without the support of the West. They raised him and made his existence possible," Ukrainian presidential adviser Oleksiy Arestovych told Ukrainian news channel TSN. "And if it weren't for that damn Ukraine with its always dissenting opinions and disagreements, everything would be fine." 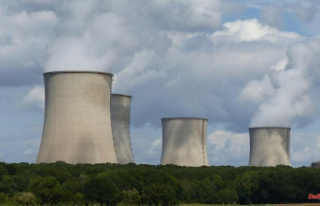