Ukraine shot at bridge: London: Flood disaster on Kachowka Dam does not materialize

After Russian troops withdrew from the town of Nowa Kakhovka, local residents feared war damage could lead to flooding at the nearby dam. 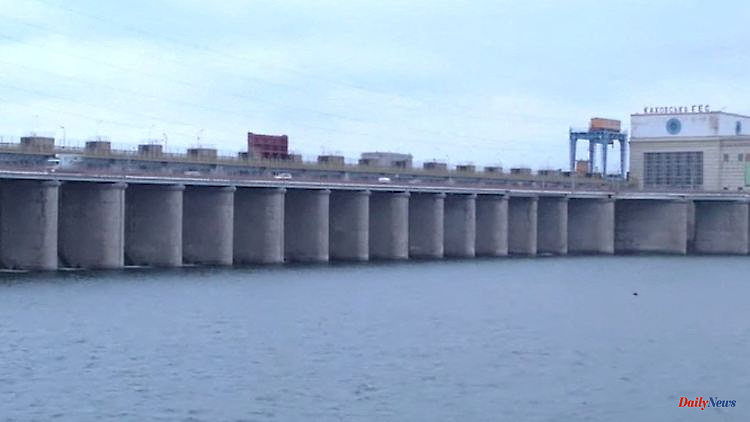 After Russian troops withdrew from the town of Nowa Kakhovka, local residents feared war damage could lead to flooding at the nearby dam. The British Ministry of Defense has given the all-clear: No torrential floods are expected in the region.

Despite the Russian destruction of the Kakhovka dam in the Ukraine, according to British estimates, there is no risk of a catastrophic flood. Three spans of the bridge on the dam were destroyed, making the crossings impassable, the Ministry of Defense in London said, citing intelligence information. However, the weirs below this section are largely intact. "The current level of damage is unlikely to result in major flooding downstream," it said.

Ukrainian forces had been attacking the bridge with precision strikes since August, successfully disrupting Russian supplies. On November 11, the Russian troops retreated with controlled demolitions, causing further significant damage. "This was probably done to prevent further Ukrainian advances," it said in London.

The British Ministry of Defense has published daily reports on the course of the war since the beginning of Russia's war of aggression against Ukraine at the end of February, citing intelligence information. In doing so, the British government wants to both counter the Russian portrayal and keep allies in line. Moscow accuses London of a targeted disinformation campaign.

After the troops withdrew from the right bank of the Dnipro River in the southern Ukrainian region of Kherson, the Russian occupiers announced last Saturday that they would evacuate the dam town of Nova Kakhovka on the other side of the river. The local crew chief Pavel Filipchuk announced that the administration of Kakhovka was retreating to a safe place together with the citizens of the city.

Before the withdrawal, there were fears that shelling could destroy the dam and flood the area. For weeks, Russians and Ukrainians accused each other of planning such a provocation. The Ukrainian armed forces have identified the administration of Kakhovka as the "number one target for a terrorist attack" in the region, Filipchuk claimed.

1 After a missile hit Poland: That would be the way... 2 Successful coach goes to Switzerland: Toni Söderholm... 3 "Don't whine too much": Senegal still... 4 Season finale at "JKvsP7": Joko and Klaas... 5 Baden-Württemberg: Mannheim Mayor Kurz does not appear... 6 Bavaria: trapped between the bench and the heater:... 7 North Rhine-Westphalia: 33 victims of police shots... 8 Mecklenburg-Western Pomerania: Light frost in Mecklenburg-Western... 9 North Rhine-Westphalia: Unknown traces of a corpse:... 10 Hesse: driver loses control of the car and dies after... 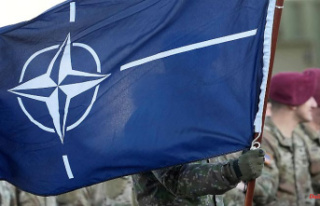 After a missile hit Poland: That would be the way...