UN refugee commissioner on RTL: "The humanitarian crisis is getting worse"

The UN High Commissioner for Refugees, Filippo Grandi, warns that because of the war in Ukraine too little money is available for refugee aid in other parts of the world. 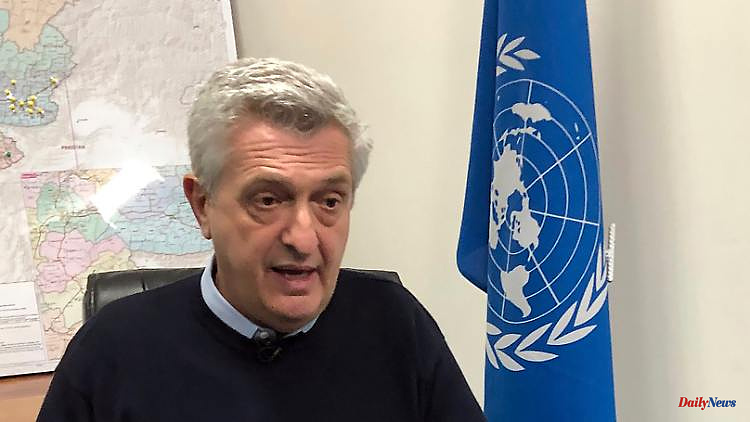 The UN High Commissioner for Refugees, Filippo Grandi, warns that because of the war in Ukraine too little money is available for refugee aid in other parts of the world. With regard to the Ukrainian refugees, there is an unprecedented reaction, Grandi said in an interview with Pinar Atalay on the "RTL Direkt" program. "But the other large, humanitarian refugee operations are currently suffering from underfunding - in Africa, in the Middle East, in Asia, in Latin America."

Pinar Atalay: The number of displaced people worldwide is higher than ever before. Why?

Filippo Grandi: Because new conflicts keep popping up. The world is now completely incapable of even resolving the existing conflicts. The number of people fleeing their homes because of war, but also discrimination, persecution and violence is increasing. And very few of these people find a solution. Of course, the best solution is to return to their homeland, but that doesn't happen very often.

They say the trend can only be reversed by a new, concerted push for peace. But what we're seeing is the opposite in so many places. Do you sometimes despair in the face of this reality?

I try never to despair, otherwise I wouldn't be able to do this job. But the situation is very frustrating at the moment. Look at the UN Security Council. This is the highest body responsible for peace and security in the world. They can't agree on anything. If this body cannot find solutions to conflicts, it is clear that these conflicts are becoming increasingly violent and affecting more and more civilians, as we are currently seeing in Ukraine.

Do we need a new UN, is this institution outdated as it is?

Look, I always judge carefully. But I'm pretty sure that if the international community doesn't find a better way to resolve conflicts, to address conflicts, to find the necessary compromises that are essential to ending wars, we won't move forward. And the humanitarian crisis is getting worse.

We are currently very focused on Ukraine. Are we overlooking other, perhaps worse, refugee dramas in the world?

There is a very high risk of this. I see it in the funding my organization receives. There is a good, generous, unprecedented response when it comes to Ukraine and Ukrainian refugees, to the crisis in Ukraine after the Russian invasion. But the other major humanitarian refugee operations are currently suffering from underfunding - in Africa, in the Middle East, in Asia, in Latin America.

Hundreds of thousands are stuck in camps, for example in Jordan, with no prospects. What do you expect from the West to help these people?

That's a very good example you give. There are approximately 5.5 million Syrian refugees. The number is not too different from that of the Ukrainian refugees. And yet this is a very neglected situation. But what is the solution to this? Right now we need more resources for the refugees, we need more resources inside Syria where there is a very difficult humanitarian situation, but it is peace that needs to be found. But in the face of these renewed, growing tensions, especially between Russia and the West, a solution in Syria seems to be more difficult than it seemed just a few weeks ago.

1 Sexual harassment: How a day at Lake Garda turned... 2 "Still a risk": After Scholz's arrival:... 3 Rocket launchers until the beginning of August: Lambrecht... 4 Together with Macron and Draghi: Scholz is on his... 5 Battle for Azot chemical plant: Russia accuses Ukraine... 6 High mountains. After falling more than 2800m above... 7 Summer wave as a warning signal: Greens are quickly... 8 The night of the war at a glance: Scholz on the way... 9 Ukrainians second largest group: more people fleeing... 10 Resignation for breach of trust?: Boris Johnson loses... 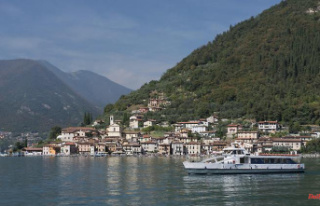 Sexual harassment: How a day at Lake Garda turned...