Unbroken closeness to Putin: Schröder's statements in a fact check

Gerhard Schröder remains controversial because of his closeness to Vladimir Putin and Russian state-owned companies. 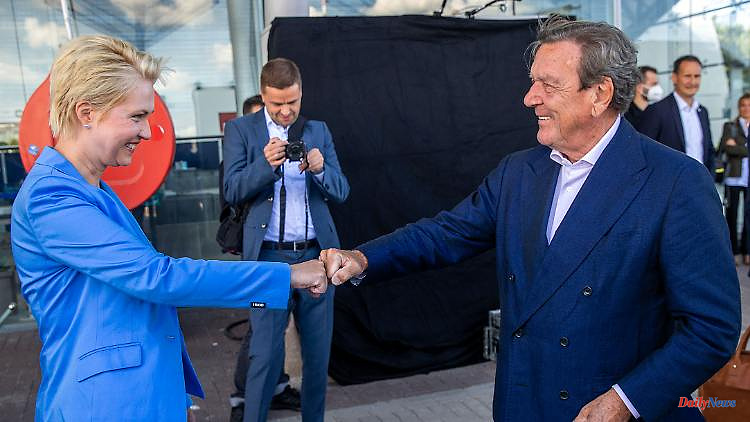 Gerhard Schröder remains controversial because of his closeness to Vladimir Putin and Russian state-owned companies. At the same time, the former chancellor is the last well-known Western European with a direct line to the Kremlin. In an interview with "Stern" and RTL/ntv, he talks in detail about his recent trip to Moscow and analyzes what he believes are the main reasons for the throttled gas supplies. But some statements require classification - also because Schröder offers himself as a mediator in a conflict in which he shows a lot of understanding for the aggressor.

1. "The good news is that the Kremlin wants a negotiated solution." Should anyone be happy that Putin allegedly doesn't really want to wipe out Ukraine after all, unlike his friend Dmitry Medvedev? Even on the side of Ukraine and its NATO allies, no one has denied that the war will end in negotiations - one way or the other. After all, at an unforeseeable point in time, an agreement will have to be reached on what will happen between the two countries once the guns fall silent. Officially, Vladimir Putin and his foreign ministry have been making it clear for weeks that they are prepared to talk about an end to the conflict - but only on their own terms. This is the "dictated peace" that Chancellor Olaf Scholz rejects, and to which the Ukrainian government would not have the legitimacy either. According to all available information, the majority of the Ukrainian population expects from President Volodymyr Zelenskyj that the tens of thousands of dead and even more injured as well as the gigantic extent of the destruction will not go unpunished, i.e. Russia must not derive any 'net profit' from this war in the end.

2. "There was already an approach to negotiations (...), for example in Istanbul in March." What was negotiated at the beginning of March and how close both sides were to a ceasefire agreement is controversial. The fact is that the Ukrainian side started these negotiations under the impression of imminent defeat before the military tide turned unexpectedly: the Ukrainians were able to repulse the Russian forces around Kyiv and force them into a complete retreat from the north of the country. This changed the balance of power at the negotiating table: Zelenskyy was no longer forced to respond to every Russian demand. Especially since the images of civilians being massacred by Russians in the Bucha suburb have reinforced Ukrainian resolve to resist the invasion. A negotiated solution was therefore only within reach as long as Russia clearly had more leverage and could largely dictate the conditions. The attacked country cannot be blamed for the fact that Kyiv no longer feels compelled to capitulate and wants to set its own conditions.

3. Russia is pursuing a legitimate claim to Crimea Schröder calls the dispute over Crimea the "relevant problem" underlying the war. The Ukrainian reconquest plans are "absurd", especially since Soviet leader Khrushchev gave Ukraine the peninsula as a gift at the time, assuming that Ukraine would remain part of the USSR forever. But Russia did not invade Ukraine to ward off an impending attack on Crimea. According to all that is known, there were no such plans at the time. Now, with its threats of reconquest, Kyiv does not want to write off the peninsula before negotiations have even started. Schröder also does not say a word that the violent annexation of Crimea meant a serious breach of international law. Russia has recognized the territorial integrity of Ukraine, including Crimea, in various treaties. Forcibly redrawing state borders with reference to historical claims is a breach of taboo that will lead to a conflagration if other states follow this example - especially since Moscow could use this logic at any time to lay claim to further territories of other states.

4. "The Ukrainians have abolished bilingualism in the Donbass (...)." Even if Schröder inevitably relativizes the Russian invasion, the assertion is not entirely wrong. Since the Maidan protests, the rejection of constant Russian interference in internal Ukrainian affairs has increased in large parts of Ukrainian society, especially after the violent annexation of Crimea and the start of the Donbass war in 2014. In a first step, Russian-language media in the Ukraine restricted, also to reduce the influence of Russian propaganda. A law dating back to Russian-backed President Viktor Yanukovych that made Russian the second official language in the east has been revised. Ukrainian was to become the main language of instruction from the 5th grade and authorities, police officers and doctors had to address people in Ukrainian unless otherwise requested. Zelenskyj, who grew up speaking Russian, was critical of some of these laws and did not push the Ukrainization of the language any further after taking office - until the Russian attack in February. For their part, the Russian tsars and the Soviet Union have always opposed the Ukrainian language and culture. To this day, Putin denies that the Ukrainians have any right to their own statehood, as he demands for the Donbass Russians.

5. "I consider this war to be a mistake by the Russian government. (...) But I don't have to constantly play the outrage, others can do that." Schröder does not say that the attack was wrong, but that it was a "mistake" - something like an oversight, an exaggeration or a strategic misjudgment. However, the invasion was morally wrong and contrary to international law. Neither Russia nor the Russian-speaking Ukrainians in Donbass were threatened when Putin ordered the invasion of Ukraine. He and the Russian elites directly involved are morally and legally responsible for the deaths of tens of thousands of Russians and Ukrainians and the suffering of countless people. Anyone who is outraged about this is not "playing" it, but is expressing a moral and legal sense that is the basis of our Basic Law and of social coexistence in a democracy. It must be irritating that a former Federal Chancellor dismissed these norms and values ​​as drama.

6. "There are real fears of encirclement in Russia, fed by history." It is difficult to argue whether the West could have contained Putin with a different policy and whether Russia could have been integrated into a Western security architecture. The fact is: The installation of the US missile defense shield in Eastern Europe and invasions that violate international law, such as the second Iraq war, have made rapprochement between NATO and Russia more difficult and morally discredited the western world of states. But the fact is, according to the unanimous opinion of almost all (Western) Russia experts: Putin's propaganda apparatus has fueled the "fears of encirclement" with all its might and fueled fears of a Western attack in order to bring the Russian population into line and resist the Russians Breaking down democracy and the rule of law. If Russians feel threatened by NATO today, it is primarily the result of this propaganda.

7. "It's Siemens' responsibility, if I understand correctly."Gazprom explains the low flow of gas through Nord Stream 1 with a missing turbine for a compressor station that is still not back in Russia after its maintenance in Canada . The federal government had worked intensively to ensure that Canada ignored its own sanctions and sent the turbine back in favor of German energy security - as well as other turbines to be serviced in the future. Now the turbine is stuck in Germany because, according to Siemens Energy, the import order from Russia is missing. For its part, Gazprom stated that the Canadian documents still had open questions about the condition of the serviced turbine. It is simply not plausible why the delivery to the federal government or Siemens Energy should fail, where Germany urgently needs to fill up its gas storage facilities. It is also unclear why Russia does not want to use the reserve turbine - which is undisputed - even in an emergency, and whether another turbine is actually defective, as reported by Schröder. Schröder cannot verify the facts himself, but reproduces the Russian claims - without expressing any doubts as to the truthfulness.

8. "At the end of Mrs. Merkel's era, our dependency was significantly higher." A classic Schröder: not wrong, but still bold. As much as Angela Merkel bears responsibility for Germany's wrong, because dependent, energy policy, Schröder was involved in it after he retired. The Hanoverian, who switched to Nord Stream immediately after his chancellorship, had pushed ahead with the construction of Nord Stream 2 with the help of his SPD connections and direct lines to the Chancellery and was part of the Russian-German networks that aimed to sell German gas storage facilities to Gazprom and the gradual takeover of the PCK oil refinery in Schwedt by Rosneft - where Schröder sat on the board of directors. Schröder's reprimand perhaps also shows how unfairly the ex-chancellor, ostracized by his own party, feels that he is being treated by the public.

1 Volume of EUR 13 billion: Vonovia is gearing up for... 2 Schröder: "Simple solution": Should Nord... 3 The base is missing, the top is weakening: is Germany... 4 Mecklenburg-Western Pomerania: the mother of the killed... 5 Hesse: Abuse and violence: More cases of child endangerment 6 Saxony: Fighting forest fires in the Czech Republic... 7 Saxony: Partial completion of the A72 between Leipzig... 8 Bavaria: associations: outpatient care endangered... 9 Baden-Württemberg: Many sex offenders at risk of... 10 North Rhine-Westphalia: apartment owner is said to... 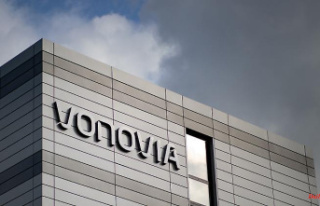 Volume of EUR 13 billion: Vonovia is gearing up for...