U.S. Ambassador to U.N. declares Putin's order for nuclear forces to be on alert "totally inacceptable" 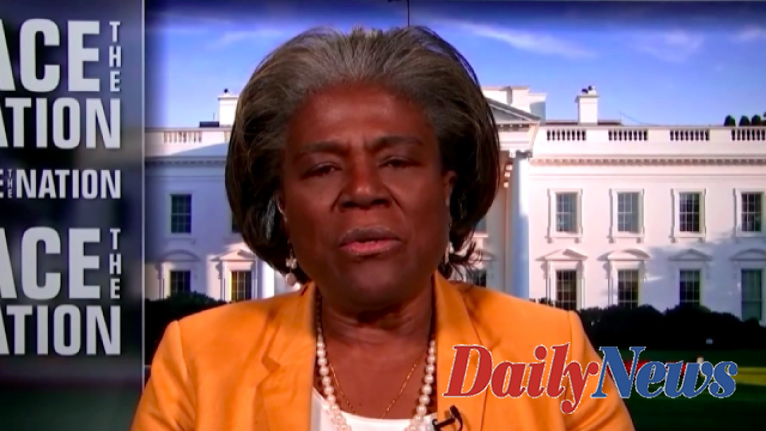 When asked about Putin's directive, Thomas-Greenfield stated that "President Putin is continuing the escalate this war in an a manner which is totally unacceptable" in an interview with Face the Nation Sunday. "Our voices have been united with the Europeans, and with the rest of the world to demand that he cease his aggressive actions towards Ukraine. We will continue to use every lever that we can to expose his actions, both here at the United Nations as well as around the globe."
During televised comments, Putin instructed his military leaders to place the Russian nuclear deterrent force in a "special regimen of combat duty." He cited what he called "aggressive statements” from NATO members as well as broad financial sanctions imposed by the U.S. leaders and Western leaders on him and Russian financial institutions.

This is the latest dramatic escalation of tensions between Russia, Western allies, who have taken coordinated actions to attack Putin and Russia in an attempt to hit Moscow with substantial costs for its invasion in Ukraine.

Thomas-Greenfield stated that she was "not surprised" Putin moved to prepare Russia’s nuclear forces. The Russian leader has "tried all means possible to put fear in the whole world by his actions."

She stated, "It just means we must ramp up our efforts here in the United Nations and elsewhere for him to answer."

After Liz Truss, United Kingdom Foreign Secretary, told Sky News she was concerned that Putin could use "the most unsavory methods" to wage war against Ukraine, the order comes from Putin.

Thomas-Greenfield was asked if Putin could use chemical and biological weapons. She replied that "nothing is off of the table with him," as he "will use whatever tools he has to intimidate Ukrainians." She stressed that such a threat is a reminder of the importance for the U.S. to work with its allies to hold him responsible.

She stated that "What's happening is that the Russian government is disrespecting the U.N. Charter and all of the principles we believe in." They are isolated in this approach. They are isolated here at the United Nations and we hold them responsible here in New York."

In an effort to impose heavy sanctions on Russia for its invasion of Ukraine, the U.S. has imposed sanctions that have escalated over the past few days against Russian banks, oligarchs, and Putin himself.

Recently, both the U.S. & European partners sanctioned Sergey Lavrov and Putin directly. On Saturday, the U.S. and European Union moved to remove certain Russian banks from the SWIFT financial messaging network and to place restrictions on Russia’s central bank.

In addition to providing more than $1B in security and humanitarian aid to Ukraine, President Biden authorized $350 million worth of military equipment Friday.

Thomas-Greenfield stated that "We are continuing to support Ukraine" and not only with the sanctions imposed against the Russians. "There are other support options for the Ukrainian government, as well as pressures being applied to Russia around the globe."