US presidency on the brink: Joe Biden's final opponent is Kyrsten Sinema

The United States is struggling with historically high inflation, President Biden because of unfulfilled campaign promises with underground poll numbers. 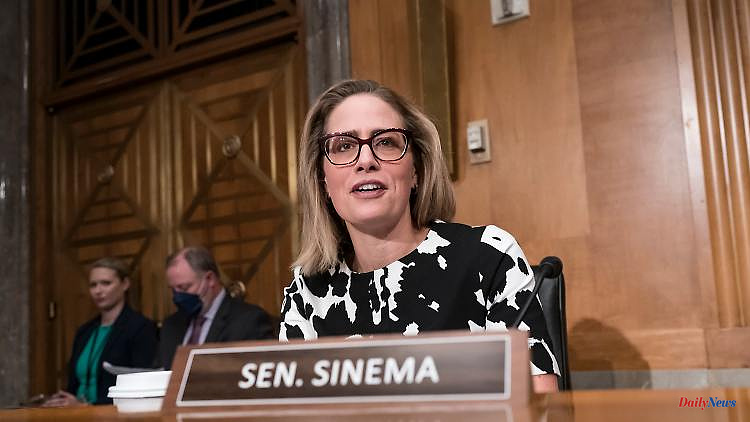 The United States is struggling with historically high inflation, President Biden because of unfulfilled campaign promises with underground poll numbers. Will a historic climate package save him? A senator from their own ranks has so far blocked it.

US President Joe Biden's problems are immense. The polls have plummeted, even his own party supporters want to get rid of him as quickly as possible, and there is a risk of losing majorities in the House of Representatives and Senate in the congressional elections in November. Since last week, however, there has been more than one ray of hope: an anti-inflation package is intended to fulfill several campaign promises made by the Democrats and show that in times of shrill tones, Biden's conciliatory tone can ultimately lead to success. But until then there is still one hurdle: Senator Kyrsten Sinema from Arizona.

The package includes spending of $485 billion. Of this, $385 billion is to be used to combat climate change and $100 billion to reduce patient costs. At the same time, a corporate tax of 15 percent, more consistent collection of taxes and lower drug prices for social programs are expected to save $790 billion and thus further reduce the budget deficit. But Sinema is bothered by the tax increases, which could put their donors at a disadvantage: large corporations and rich investors from the financial sector.

Biden's success or failure, and thus his presidency, depends on the senator's vote. Lower drug prices, a decisive impetus for the conversion to renewable energies and stricter taxation of corporations were all campaign promises that he has not yet been able to implement. If the remaining Democrats can come to an agreement with Sinema, that would be an unexpected, possibly historic, success for Biden in the election year. Campaign ammunition, a high-profile signature under the law, and international respect would probably come as a bonus.

The House of Representatives is in the hands of the Democrats, who could easily pass the package there. But in the divided Senate, a missing vote is enough to bring down the important project. This gives Sinema enormous bargaining power; she is the last of the 50 Democrats not on board. Despite the doubting 46-year-olds, an agreement is closer than ever - and Biden has already let it be known that "history is being written". The Democrats want to force an agreement later this week. After that, the Senate takes a one-month break.

The package of measures was nearly $3 trillion more than a year ago and also included the infrastructure program to rehabilitate roads, bridges and more. At the time, Biden advertised it as a major step towards transforming the country into a greener US economy powered by renewable energies. It failed because Kyrsten Sinema, but especially West Virginia Senator Joe Manchin, did not agree with the scope. Manchin has been branded a villain by the left wing of the Democrats. The $550 billion infrastructure portion was spun off and passed with bipartisan votes.

The current proposal on climate, health and taxes is a compromise between Manchin and the Democrats. Roughly speaking, Manchin has his sights set primarily on the coal industry and its workers - West Virginia has the second-largest coal industry in the United States - while Sinema primarily focuses on pharmaceutical companies and the financial sector. The two senators receive very generous donations from their respective branches of industry to represent their interests. Around 80 percent of energy production in the USA still comes from oil, gas and coal. The United States is the world's second largest emitter of CO2 after China and has by far the highest per capita emissions.

At the beginning of his presidency, Biden set the goal of reducing US greenhouse gas emissions by half by 2030 compared to 2005 levels. The United States rejoined the Paris Climate Agreement after he took office. The current package includes tax breaks for the use of renewable energy, more climate-friendly cars and other measures. If the climate protection parts remain untouched in the negotiations with Sinema, climate organizations predict a greenhouse gas reduction of around 40 percent. The remaining 10 percent could be achieved through action at the regional and state levels.

The Supreme Court had recently blocked any path other than legislation. The CO2 pollutant limit values ​​​​of the environmental protection agency EPA for coal-fired power plants would have to be set for each individual plant, for everything else the renewed explicit approval of Congress would be required, ruled the conservative-dominated Supreme Court. This is despite the fact that the EPA had already been mandated by a previous Congress to comply with environmental laws - in this case the Clean Air Act.

So should the Democrats lose a majority in either house, which is likely, they will be left with presidential decrees for climate legislation at least until early 2025. They could be overridden by a possible Republican successor. This happened, for example, with regulations from the White House under Barack Obama after Donald Trump took power. It is much more difficult to overrule laws. For Biden, the package would be an enormous success so close to the congressional elections - and his final opponent is Kyrsten Sinema. 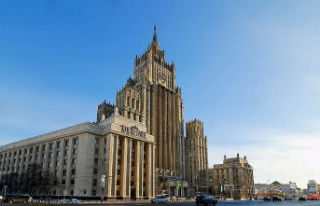 Dead in battles: Russia urges prudence in the Nagorno-Karabakh...