USA's largest arms supplier: what the midterms mean for Ukraine

The Republicans failed to achieve a landslide victory in the US midterm elections. 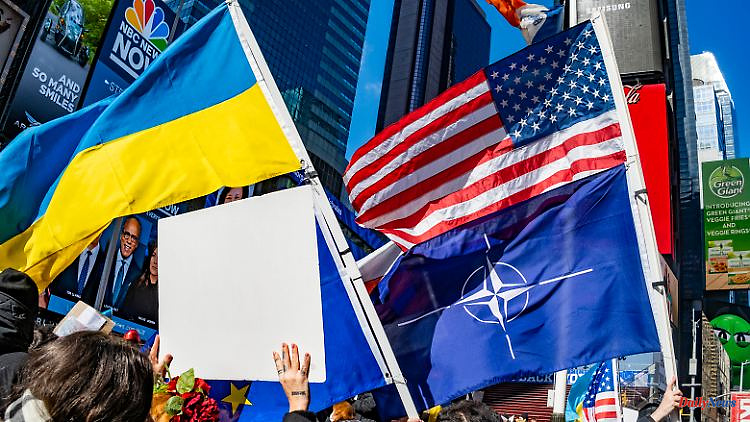 The Republicans failed to achieve a landslide victory in the US midterm elections. On the contrary: the Democrats continue to control the Senate and, contrary to expectations, "only" lose the majority in the House of Representatives. The Ukrainian government in Kyiv will also be pleased about this.

"Under the Republicans, not a single penny will go to Ukraine. Our country comes first." That's what Marjorie Taylor Greene said during the midterm election campaign. The 48-year-old Republican is a radical congresswoman, conspiracy theorist, one of the most staunch Trump supporters in her party and opposed to further military aid to Kyiv.

However, Marjorie Taylor Greene's threat does not materialize. The US will continue to support Ukraine.

Because the "red wave" or even the "red tsunami" didn't materialize in the midterm elections in the USA. Republicans fared much worse than expected in the midterms. After the end of two counting marathons in Arizona and Nevada, one thing is clear: The Democrats won hard-fought senator seats in both states and thus secured 50 seats in the US Senate over the next two years, so they retain control.

There is only one seat left in the US Senate. On December 6, incumbent Democratic Senator Raphael Warnock and Republican candidate Herschel Walker will face off in a runoff in Georgia. In the first ballot, both got less than 50 percent of the votes. But even if challenger Walker - a strapping Trump man - manages to win the Georgia senatorship, the 50-50 stalemate is still enough for Democrats to control the Senate. In this case, Vice President Kamala Harris has the casting vote. Just like in the past two years.

However, the Democrats no longer have full control over US politics. The Republicans regained a majority in the House of Representatives elections. But victory in either chamber is cold consolation. In particular, the MAGA candidates ("Make America Great Again") supported by Donald Trump and the ex-president himself were convinced before the midterm elections that there would be a red wave, a resounding Republican victory.

Because only with control over both chambers could the Republicans have blocked every political project by the Democrats and US President Joe Biden. For example in Ukraine policy, which not only Marjorie Taylor Greene questioned during the election campaign. Kevin McCarthy, leader of the Republican faction in the House of Representatives, also announced before the election that the Republicans would not issue a "blank check" to Ukraine.

Ukraine is important, but the Biden government does not care enough about its own countrymen, the Republicans accuse their political opponent.

Of course, that made Ukraine sit up and take notice. After all, no other country gives the country as many weapons and as much money as it does from the United States. Military observers agree that American equipment such as the HIMARS rocket launcher has played a large part in Ukraine's successes to date. If US support crumbles, only Russian President Vladimir Putin is likely to benefit.

However, the White House announced before the midterm elections that support for Ukraine would not change. Biden spokeswoman Karine Jean-Pierre announced that help would continue to be "unshakeable and undeterred". "The United States will continue to support Ukraine in a number of areas. Members of Congress, Republicans and Democrats alike have made clear their support for Ukraine. In any case, President Biden is committed to working with all parties."

Mainly because the voters punished many Republican hardliners during the midterms, it can be assumed that the USA will continue to support Ukraine as strongly as before.

Because whether and - if so - how much the Ukraine aid will be restricted in the future depends above all on the power of the radical Trump supporters. And their influence is likely to have decreased after the weak results in the midterms.

Still, of course, without control of both chambers, governing becomes more complicated for President Biden. He is forced to cooperate with the Republicans. "If he wants to continue to govern the country with proper laws, then he has to work with Republicans and hope that they will work with him. The Republicans will ask a lot of him. That's a political tradition in the USA, because, as we know, you don't get majorities given", analyzes ntv-USA correspondent Christopher Wittich.

For Biden, the path of cooperation is the only way to continue to govern undisturbed. And it looks good that Biden can continue his Ukraine policy without democratic control in the House of Representatives. In any case, Kevin McCarthy has since defused his "blank check" statement: Help for Ukraine is "very important." He hopes that progress will be made "to defeat Russia". He is only concerned that the taxpayers' money is not blindly invested, but sensibly.

The minority leader in the Senate also seems open to cooperation: Mitch McConnell, now one of the biggest opponents of Trump within the Republican Party, has even spoken out in favor of expanding aid to Ukraine several times in recent months. In a secret ballot among Republican senators for the post of faction leader, he defeated Rick Scott, a Florida senator and supporter of the Trump camp.

This is a good result for Biden and for Ukraine: It ensures that the influence of the Trump camp among Republicans does not increase.

One possible scenario: The Republicans could use their majority in the House of Representatives to try to wring concessions from Biden in other policy areas, such as immigration policy or other domestic policy issues. In return, the Republicans are not opposed to aid in Ukraine. After all, majorities are not given for free. 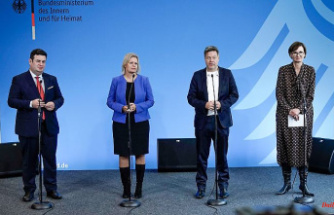 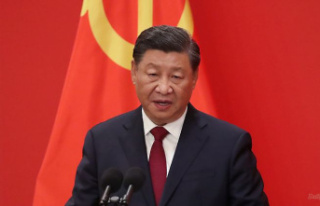 No "arena for competition": Xi warns US...