Visit to eastern Ukraine planned: AfD leadership knew nothing about the trip to Russia 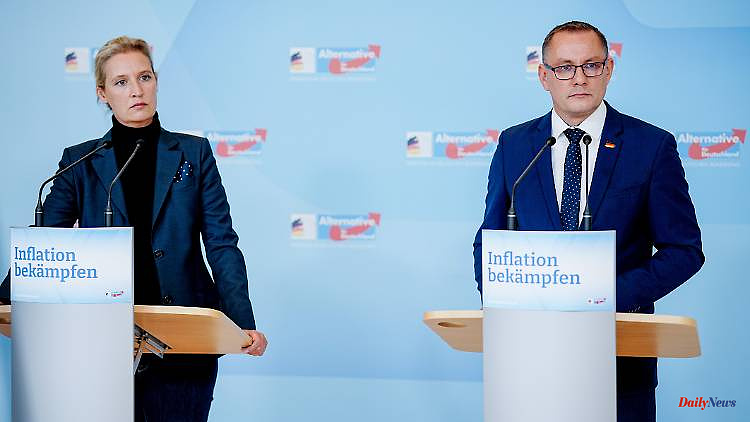 Three AfD politicians don't believe the media portrayal of the Ukraine war. They prefer to see for themselves on the spot, so they plan a trip to the Donbass and Russia. This triggers violent head shaking in her party, right up to the party leadership.

A trip by three AfD politicians to Russia with a planned visit to occupied eastern Ukraine has sparked sharp criticism from representatives of other parties. They accused the AfD of siding with Russian President Vladimir Putin. There was also a shake of the head within the AfD. According to the party leadership, it was not informed about the trip and distanced itself from it. "We do not support this trip," said co-party and faction leader Tino Chrupalla in Berlin. He and co-chair Alice Weidel would have known nothing about this trip. "That completely missed our radar."

Weidel spoke of a "private trip" that had not been agreed with the parliamentary group and party. "The travel activity does not represent the position of the AfD either." We will work on that internally. The AfD federal board had already dealt with the topic on Monday evening and made a decision. The three participants were asked to disclose the organization of the trip, said Chrupalla. In the board resolution, the politicians are also asked to "coordinate any communication relating to the trip with the federal board in advance".

The three participants, the members of the state parliament Hans-Thomas Tillschneider and Daniel Wald from Saxony-Anhalt and the member of the state parliament of North Rhine-Westphalia Christian Blex, are representatives of the AfD who are rather unknown nationwide. The AfD parliamentary group in Saxony-Anhalt confirmed the participation of Tillschneider and Wald on Monday. Blex wrote on Facebook that he had left for the Russian Federation with his party friends Tillschneider and Wald. "On this trip we will get our own undistorted picture of the situation in Donbass." He accused the "German pro-government media" of reporting "highly one-sidedly and incompletely" on the humanitarian situation of the people in the Donbass region.

The AfD parliamentary group also shook their heads about the action. With a view to the upcoming state elections in Lower Saxony, there was also talk of a "Gau" behind closed doors. MP Joana Cotar said: "The trip to the Russian-occupied part of Ukraine is unacceptable and politically wrong. I expect tough action from the Federal Executive." The outgoing Ukrainian ambassador to Germany, Andriy Melnyk, accused the AfD politicians on Twitter of "supporting the Russian war of annihilation" with the planned visit to the Russian-occupied areas in eastern Ukraine.

The head of the NRW state parliamentary group of the FDP, Henning Höne, expressed shock. "For me, such an action is equivalent to treason," he said in Düsseldorf. According to the FDP politician, a trip to areas in eastern Ukraine occupied by Russia "cannot be realized without contacts with the Russian secret service". At the same time, his group is already examining legal steps. Bundestag politicians from other parties sharply attacked the AfD. "All of this shows which side the AfD is on - on Putin's side," said Katja Mast, the first parliamentary director of the SPD parliamentary group.

"Such trips are exploited by Putin's propaganda machine and massively damage Germany's reputation and interests. Damage to Germany is the aim of the AfD. That was, is and will remain so." "If proof is still needed, on whose side is it

1 "Then we have to do it": Lukashenko orders... 2 "It will be interesting": With the referenda,... 3 From Mönchengladbach to Leipzig: The unprecedented... 4 Zodiac Signs Everywhere: Is Astrology Experiencing... 5 He's one of the good guys: Google accidentally... 6 Sars-CoV-2 not the trigger: Are Alzheimer's and... 7 Saxony-Anhalt: German Kita Prize 2023: Kita from Aschersleben... 8 Secrets of choosing a hidden door 9 Traffic light coalition under pressure: only a minority... 10 Save or stop production?: This is how industry reduces... 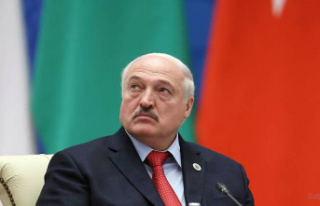 "Then we have to do it": Lukashenko orders...