In Ramstein, Ukraine's allies discuss how they can help the country in the war against the aggressor Russia. 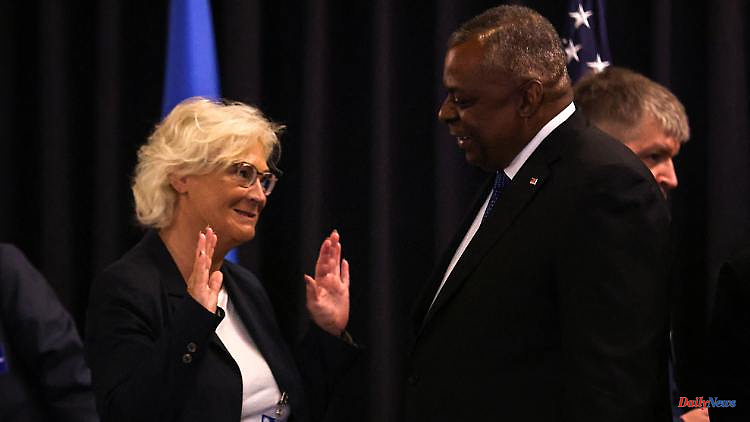 In Ramstein, Ukraine's allies discuss how they can help the country in the war against the aggressor Russia. Right at the start, the USA made a symbolically important announcement: Kyiv would receive more howitzers, rockets, ammunition and armored vehicles.

The US has pledged more military aid to Ukraine for the war against Russia. It is about a new weapons package with a volume of around 675 million dollars (about 676 million euros), said US Secretary of Defense Lloyd Austin at the US military base in Ramstein, Rhineland-Palatinate. The new aid package includes, among other things, the delivery of additional howitzers, rockets, artillery ammunition and armored vehicles.

Austin emphasized that the allies' military support for Ukraine is paying off: "We can see the demonstrable success of our efforts on the battlefield." US President Joe Biden only announced support for Ukraine in the amount of almost three billion dollars (around three billion euros) at the end of August. With this, Kyiv can acquire air defense systems, artillery systems and ammunition, drones and radars "in order to be able to defend itself in the long term".

Austin had invited the members of the so-called Ukraine Contact Group to a conference that was also attended by German Defense Minister Christine Lambrecht and NATO Secretary General Jens Stoltenberg. According to US information, they want to discuss "the ongoing crisis in Ukraine and various security issues" there. The contact group had met for the first time in Ramstein at the end of April.

The US Secretary of Defense praised the contributions of other allies to Ukraine and thanked Lambrecht for Germany's contribution to strengthening Ukraine's air defenses. At the end of August, the federal government had promised Ukraine further arms deliveries worth more than 500 million euros. Among other things, it is about three additional air defense systems of the type IRIS-T, a dozen armored recovery vehicles, 20 rocket launchers mounted on pick-up vehicles, as well as anti-drone devices and precision ammunition.

1 "Wrong signal": US delegation in Taiwan... 2 Replacement for Tornado and Chinook: Lambrecht expects... 3 In a noble villa in Milan: the crisis group Uniper... 4 Curious case in Brazil: a woman has twins from different... 5 "It was a tsunami": Schlesinger: I underestimated... 6 "Baywatch" character had consequences: Zac... 7 "Music is much more complicated": Pete Doherty... 8 A new one for the Kolle-Kiez: Patrick Fernandez mixes... 9 "Please, darling! Pee noises!": "Summer... 10 Information on energy consumption: Am I perhaps heating... 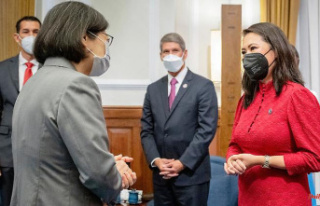 "Wrong signal": US delegation in Taiwan...