The Danish population is considered EU-sceptical. 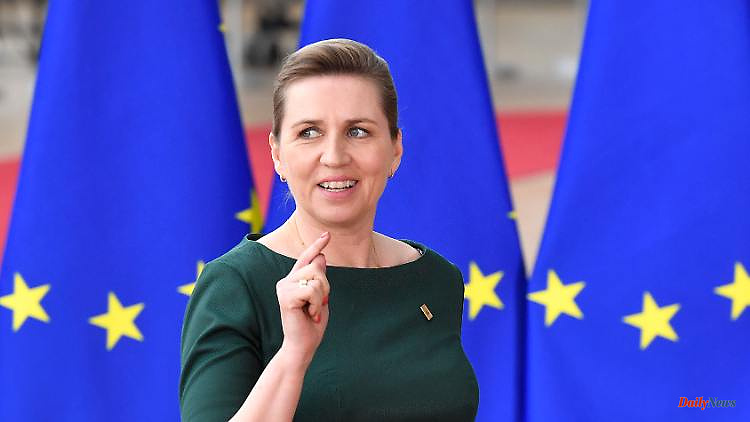 The Danish population is considered EU-sceptical. However, this could change in a vote on cooperation in the areas of security and defense policy. The Ukraine war has recently caused public opinion to change significantly. But the camp of the undecided is large.

When it comes to the EU, the Danes are considered naysayers. They only agreed to the Maastricht Treaty at the second attempt, when they were granted several exceptions - which is why the Scandinavians still pay in crowns and not in euros. Since then, whenever there has been a referendum on the abolition of the reservations, a "Nej" has been heard from Denmark every time. But the special rules are a thorn in the side of many politicians.

After Russia's invasion of Ukraine, Prime Minister Mette Frederiksen sees a historic opportunity to get rid of one of the exceptions: on Wednesday the Danes will vote on participation in the EU security and defense cooperation. So far, the Nordic nation has been on the outside in this one. Denmark can therefore take part in civilian but not in military missions of the EU and does not take part in the joint development of weapon systems. For example, the country is not part of the Pesco cooperation platform, through which joint military projects are organized by EU countries. But whether the Danes will now opt for more EU is anything but certain.

"What characterizes Danish EU skepticism in all areas of cooperation is the fear of giving up sovereignty," says Christine Nissen, a researcher at the Danish Institute for International Studies. Although the Danes appreciate the EU internal market, they are always afraid of losing political self-determination. The parties are taking advantage of this fear by campaigning for a no in the referendum and thus against the abolition of the defense reservation. The tabloid "Ekstra Bladet" has also taken a stand. "Are we only voting because it's war?" she asks on large posters in the city.

Against the background of the Russian war of aggression in Ukraine, most parties in Parliament, with the exception of the extreme right and extreme left, would like to see closer ties to EU defense cooperation. The approach of Finland and Sweden to NATO and the new era proclaimed by Federal Chancellor Olaf Scholz also played a role, says the Copenhagen political scientist Kristian Søby Kristensen. "From a Danish perspective, the 100 billion euros in investments and the commitment to invest two percent of gross domestic product in defense promise a completely different Germany in European security and defense."

Despite this political majority for the abolition of the EU's special rules, Danish politicians have rarely dared to referendums in the past. The matter is too complicated, the risk that the Danes will say no again is too great. Like 2000 for the euro and 2015 for EU judicial cooperation. With the referendum before the parliamentary elections, which must take place next summer at the latest, Frederiksen is also taking the risk of a political defeat. That's why the social democrat implored her compatriots in a speech in parliament shortly before the referendum, more emotionally than usual: "When the world changes, and like this time in something that is worse and more unsafe, Denmark must not stand still. That's why I recommend, with all my heart , a yes on June 1st."

It looks like a majority of Danes will agree on Wednesday: in the polls, significantly more respondents were in favor of abolishing the defense reservation than against it, although the camp of those undecided was still relatively large until recently. And as a rule, experts point out, referendums tend to stick with the status quo. That's why it could end up being very close.

1 North Rhine-Westphalia: Unemployment in NRW continues... 2 Saxony: companies are looking for apprentices: around... 3 Saxony-Anhalt: 116 punctured tires on Amazon vehicles:... 4 North Rhine-Westphalia: Völler about Carro: From... 5 North Rhine-Westphalia: Corona incidence in North... 6 Convicted of fraud: 20-year-old man stole millions... 7 Rescue failed: Orca in the Seine has to be put down 8 After hours of fire: yacht sinks in the harbor 9 Bayern: Munich "Löwen" commit central defender... 10 Saxony: Tourism again with a significant drop in employment 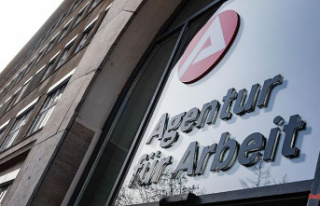