The city of Goma in eastern Congo is facing heavy fighting. 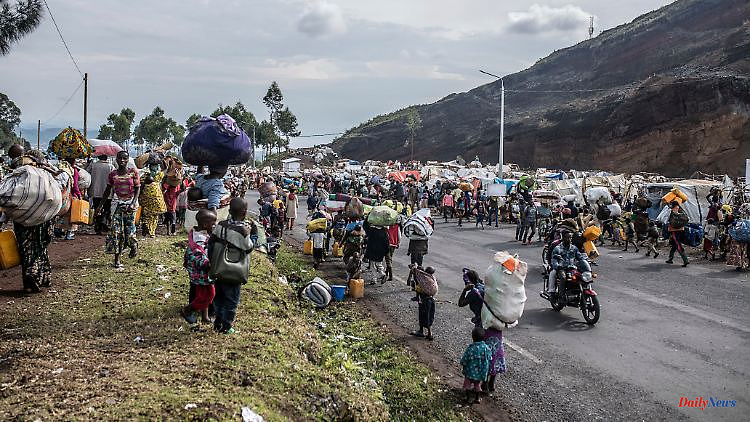 The city of Goma in eastern Congo is facing heavy fighting. A rebel group is threatening to take the city, but says it is actually interested in integrating its fighters into the government army. The turn rejects negotiations. A scenario like ten years ago is imminent.

First they announce the "rush on Goma" on Twitter - then they strike. The rebels of the M23, the "Movement of March 23", are again marching towards the strategically important city of Goma in the east of the Democratic Republic of the Congo. The soldiers of the government army are already fleeing the city, the M23 claims in its short message. The capital of the province of North Kivu in eastern Congo will "fall without a fight".

The battle for the eastern Congolese trading metropolis was well timed. Sunday marks the tenth anniversary of the fall of Goma. Back then, on November 20, 2012, hundreds of M23 fighters marched down the volcanic mountains and took the city on the border with neighboring Rwanda, almost without firing a shot. The soldiers of the government army withdrew. They had little to oppose the rebels and wanted to avoid civilian casualties. The rebels besieged Goma for ten days, then the Congo government agreed to negotiations and they withdrew.

Now it seems as if the drama from back then could repeat itself. The front line between the government army and the M23 is only about 20 kilometers north of the city limits and the rebels led by Tutsi General Sultani Makenga are advancing. They are currently trying to capture an important military position: an extinct small volcanic crater with three telephone poles on top. From this hill in the savannah, you can overlook the city of over a million inhabitants as far as the lake - and also bombard it. It was from here that the M23 took Goma in a surprise attack ten years ago on November 21, 2012. Then as now, UN investigators have presented evidence that Rwanda's army is providing military support to the M23.

The memory of the occupation by the M23 fighters in 2012 is still alive with the residents. At that time there was insecurity and chaos, there was looting. As the fighting drew ever closer in the past few days, panic broke out in the city and the neighboring displaced persons camps. More than 140,000 people, mostly women and children, have fled their embattled villages in the volcanic mountains down to Goma in recent months in search of safety. In Kanyaruchinya, a northern suburb at the foot of the active volcano, they have settled around a large school with a soccer field, where they have built tents out of tarps and eucalyptus branches - a disastrous situation in the middle of the rainy season.

Now they have to flee again. When the artillery fire was heard in the camp a few days ago, women and children again gathered their belongings and ran towards the city. The military governor of North Kivu, Constant Ndima, calls on the population to remain calm. The army general has administered the province since martial law was declared in May 2021. "We assure you that the loyal government forces are doing very well on the battlefield," he tries to reassure people. However, the army has lost almost all battles in recent months. This is also reminiscent of 2012, when she gave up the city almost without a fight. Now the military governor is calling on the young men in Goma to report to the army "to defend the city together."

"Occupying Goma and other areas is not our goal," M23 President Bertrand Bisimwa explains the campaign over the phone. The M23 political leader has taken up residence in the border town of Bunagana. The small town on the barrier to Uganda, around 100 kilometers north of Goma, offers him protection from bombing by combat helicopters. The real goal of his movement is to negotiate with the government, he explains. Negotiations had already taken place ten years ago. At that time, the M23 demanded that the army be reformed and its fighters integrated into it. They wanted to be recognized as a political party and to ensure that their families, who have been living in refugee camps in neighboring countries for decades, can return home.

Most Tutsi fled eastern Congo after 1994, shortly after the genocide of the Tutsi minority in Rwanda ended and the Rwandan Hutu perpetrators marched into eastern Congo to murder the Tutsi minority there as well. At that time, almost all Tutsi families fled from the Congo to neighboring countries. Most M23 fighters grew up in the refugee camps in Uganda and Rwanda, where they were recruited to "liberate" their homeland, as they call it.

"Our demands were not met at the time," complains Bisimwa. Because of this, the M23 would still fight. "To this day we demand that our relatives can come back." But under the current government, hate speech and pogroms against the Tutsi minority have gotten even worse, Bisimwa said. Just a few days ago, Congo's police arrested the traditional Tutsi king in Goma, Tutsi shops were looted, and Tutsi herds of cows were brutally slaughtered.

Meanwhile, Kenya's ex-president Uhuru Kenyatta has arrived in Goma. He has been appointed mediator by the heads of state of the East African Community (EAC), of which Congo has been a member since April. At the beginning of the week he met President Felix Tshisekedi in the Congo capital of Kinshasa. They had a lot to talk about: a large round of talks was to take place in Kenya's capital this week. Numerous Congolese militias and rebel groups, including the M23, were to negotiate with their government, mediated by Kenyatta. However, Congo's government flatly refuses to sit down with the M23. She calls the Tutsi movement "terrorists" who must be crushed militarily. "There will be no negotiations with the terrorists until the occupied locations are withdrawn," reassured Congo government spokesman Patrick Muyaya. The talks have been postponed to next week.

Instead, Congo's government army has now moved more attack helicopters and tanks to the front lines to push back the M23. The UN blue helmets and Kenyan troops have also promised to help defend Goma. "Let's end the war and then we'll talk," Kenyatta urges the conflicting parties. "We cannot have a dialogue and then cease hostilities."

Kenya's government has sent special units. They are part of the EAC member states' joint military plan to pacify eastern Congo. Kenyan soldiers are to set up a buffer zone along the front line between Congo's army and the M23 to guarantee a ceasefire while the warring parties negotiate in Kenya's capital. The talks, which ended unsuccessfully in April, are due to start on Monday, and M23 President Bisimwa hopes to be able to take part. However, Congo's government army hopes to have defeated the M23 militarily by then. 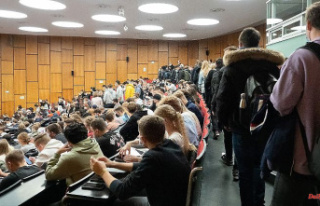