War on Ukraine: Ten quick arguments for the holiday talks

The Russian war of aggression against Ukraine will be discussed in many families over the holidays and at the turn of the year. 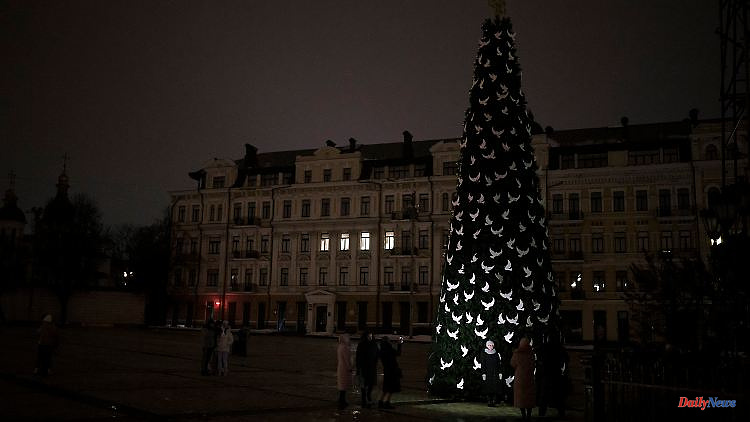 The Russian war of aggression against Ukraine will be discussed in many families over the holidays and at the turn of the year. For debates under the Christmas tree, here are some of the common questions and myths - and good arguments to lead the discussion.

"Always this war and this violence, it's so bad, it has to stop."

Yes, it's bad. Putin brutally attacked Ukraine and Ukraine is forced to defend itself. Unfortunately, Putin is not giving up on his goal of destroying Ukraine. Putin started this war, he could end it at any time if he wanted to.

We in Germany would certainly not give up Bavaria and Baden-Württemberg either so that an attacker could finally calm down, especially not to a regime that tortures, rapes and kidnaps. We shouldn't expect that from Ukrainians.

War and violence will not end until Putin's troops are driven out of Ukraine. Only if Ukraine is strong enough can it bring about the peace we desire. We have to help with that.

"Winning" here only means pushing back the Russian troops from the territory of Ukraine. You can see that Russia has already lost more than half of the conquered territory. So it's possible.

"Well, everyone should donate to Ukraine and this woman from Zelenskyy goes shopping in Paris for 40,000 euros!"

Olena Zelenska was in Paris December 12-14, along with three Ukrainian ministers, for a conference on emergency winter aid. On December 12, accounts on social networks spread the information that she had made a purchase for $42,000. These accounts had previously spread homophobic reports about President Emmanuel Macron or information from Covid deniers, for example. The first post was from an "Oliver de Fabron" from St. Petersburg in Florida in the USA. Some dubious websites have reported on the basis of these posts. There is no evidence of such a shopping spree. There is nothing about it in serious media.

"You also have to look at the history of the war, the Ukrainians are not innocent either."

Since a referendum in December 1991, with 90 percent approval, the Ukrainians have wanted to live autonomously and independently of Russia. Since then, Russia has repeatedly attempted to restrict Ukraine's independence.

In 2004, Putin campaigned for the election of the pro-Russian politician Viktor Yanukovych, who tried to assert himself with election fraud. This led to the "Orange Revolution".

Yanukovych was elected president in 2010 and in the fall of 2013 suddenly refused to sign a completed association agreement between Ukraine and the EU, apparently because Putin promised him a lot of money. The "Euromaidan" protests then began.

After Yanukovych had 100 demonstrators shot, he fled the country. Russia lost political influence over Ukraine and resorted to military means, annexing Crimea and militarily intervening in Donbass. That's the backstory.

"The Americans and NATO got involved and supported uprisings and such. Putin had no choice but to fight back."

The Orange Revolution and the Euromaidan were supported by Ukrainian civil society. Ukrainians want to live like us, be free and be part of Europe. This is what they demonstrated for and this is what they are fighting for now.

Actually, Ukrainians just want to decide for themselves how they want to live in their own country. This was never a threat to Russia. Democracy and prosperity right on the border with Russia are evidently a threat to the Putin system.

"The Ukrainians themselves have been shelling the cities in the Donbass since 2014, because they switched off the electricity and killed civilians."

Such allegations come from Russia and are unsupported by independent sources. Neither the OSCE observer mission, which has been monitoring the situation with Russian consent since 2014, nor the UNHCHR report of September 2021 see any signs of genocide.

Most of the victims of the war in Donbass died in 2014-2015. After that, the number of victims steadily decreased. According to the last OSCE report, from January 1, 2017 to mid-September 2020, a total of 161 civilians were killed - roughly the same on both sides. About half of the victims died from accidents with mines and duds.

"Many of the weapons that we supply to the Ukrainians have already appeared on the black market!"

It is true that Europol and other security agencies have warned of the possible smuggling of small arms in particular. At the same time, alleged offers on the Darknet, for example Stinger missiles in Bremen, a car belonging to an alleged Albanian with Javelin anti-tank weapons and allegedly stolen French Caesar howitzers, have clearly been exposed as fakes and targeted disinformation. So far, there is no concrete evidence of Western arms smuggling out of Ukraine.

"But Ukraine is totally corrupt! And we're supposed to help there?"

Yes, Ukraine has had major problems with corruption for many years. Since 2004, however, a great deal has already been done to counteract this. In particular, the reforms since 2015 have improved the fight against corruption and built a strong state structure to fight corruption. Ukrainian civil society and the Ukrainian public are exerting enormous pressure to curb corruption.

Although corruption in Russia is significantly higher than in Ukraine according to all indices, Russia keeps trying to spread the image of "corrupt" and "failed" Ukraine.

Incidentally, the level of corruption makes no difference to the international legal assessment of a war of aggression and our duty to support the attacked.

"No way - Selenskyj was at the front. It was all produced with a green screen! You can't believe everything!"

In the first weeks of the war, when Russian assassination squads were trying to assassinate President Zelenskyy and Russian troops were already close to Kyiv, Zelenskyy recorded some of his videos using a green screen method. He has a corresponding studio and of course there are photos of it. Zelenskyi also once gave a speech in front of a green screen so that it could be broadcast as a hologram to several cities in Ukraine at the same time.

The visit to Bakhmut at the front in December, as well as other visits to troops and appointments across Ukraine, were physical visits by the President. This is easy to prove with countless photos and videos, mobile phone pictures, accompanying journalists and much more. The claims that everything is "green screen" are unfounded.

"Well, Crimea and also Ukraine, Kievan Rus and so on, somehow that's all always been Russia. We should just stay out of it!"

9th-century Kievan Rus' was a multi-ethnic empire and is not the origin of a national Russian state. Moscow only rose as a principality in the 14th and 15th centuries to become the supreme power in the territory of the former Rus'. Putin's Russia deliberately reinterprets history and exploits it. Putin claims that Moscow's task is to gather back those parts of the "Russian world" that have been split off by "accidents of history." In doing so, he justifies Russia's imperial aspirations.

Bonus: "Oh, that Zelenskyj, that's an actor with a coke nose. They're cheating us all!"

"Uncle Heiner, you clearly read too much rubbish on the Internet. Better drink your eggnog!"

Nico Lange is Senior Fellow of the Munich Security Conference’s “Zeitwende” initiative. He lived and worked in Ukraine and Russia for a long time. 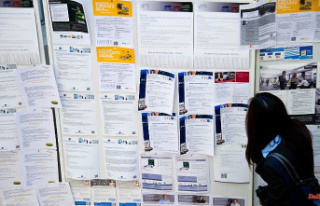 There is a threat of a permanent recession: a shortage...