When the warship "Moskva" demands the surrender of Ukrainian troops on Snake Island, a soldier responds with a curse that goes around the world. 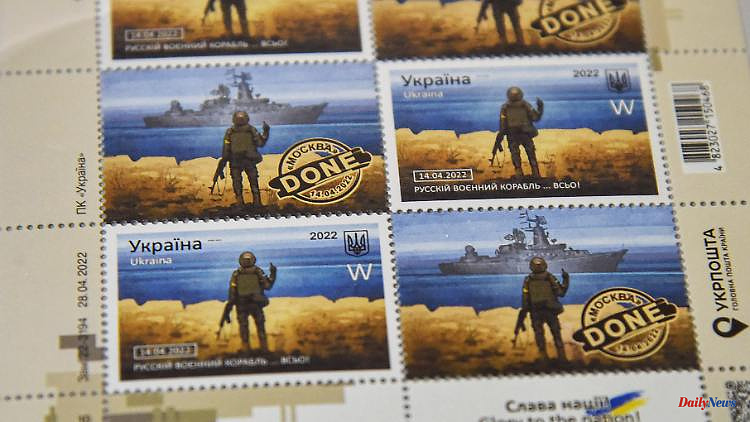 When the warship "Moskva" demands the surrender of Ukrainian troops on Snake Island, a soldier responds with a curse that goes around the world. The man is honored, but now it comes out: He wasn't the "real" author at all, but was supposed to protect him from Russian revenge.

The border guard from Ukraine's Snake Island who famously said "Russian warship, fuck you!" has been freed from Russian captivity. This was announced by the border guard of Ukraine. At the same time, it became known that the author of the famous sentence was not, as previously assumed, the marine Roman Hrybow.

The real name of the border guard was deliberately not given "because revealing his identity could have harmed him in captivity," spokesman for the Ukrainian border service Andriy Demchenko told the newspaper Ukrayinska Pravda. "Thankfully he's safe now."

Demchenko further said the name of the real author of the curse will remain secret for some time "due to certain circumstances". The fact that Hrybow was officially considered the author of the sentence was a cover-up operation to ensure the prisoner's safety.

On February 24, 2022, the first day of Russia's war against Ukraine, the guided missile cruiser "Moskva" demanded the surrender of the Ukrainian troops on Snake Island in the Black Sea and threatened to fire on them otherwise. The Ukrainians refused, one of them answered by radio: "Russian warship, fuck you!" The slogan quickly became popular in Ukraine, appeared on posters at demonstrations internationally and can still be seen on billboards in Ukraine to this day. The Ukrainian Post dedicated a separate postage stamp to the phrase.

While it was initially believed that the 13 Ukrainian border guards on the island had been killed, on February 28 the Ukrainian Navy said they had survived and been taken prisoner by the Russians. Hrybow was released at the end of March as part of an exchange - only then was his name mentioned in connection with the curse.

Hrybow himself played a part in the cover-up operation: he said at the beginning of May that the Russians had not known when he was in captivity who said this sentence. "And that's good because I don't think I would have been treated well in that case. I couldn't have gone home." On March 29, Hrybow had been awarded a medal for bravery for his conduct on the island. The "Moskva" was fired upon by the Ukrainian army in mid-April and sank as a result of two hits. 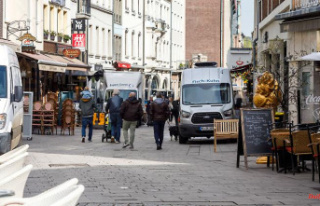 Consumers fear recession: consumer climate is at an...