The governor of Washington signed Thursday a law banning legal action against anyone seeking abortion or those who help them. 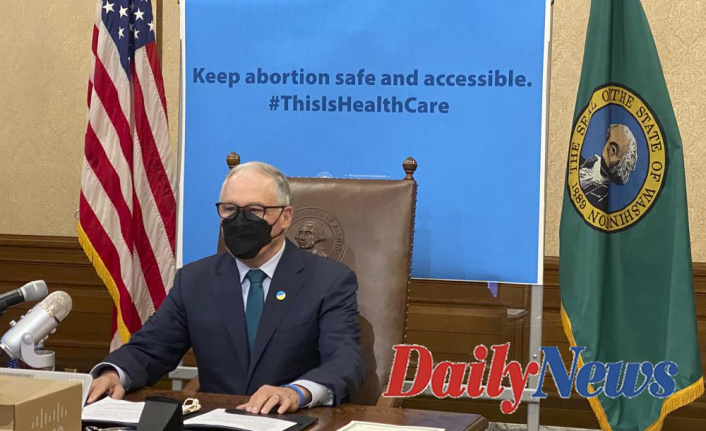 This was in response to recent conservative actions.

Governor Jay Inslee stated, "We know that this bill is essential because this is a dangerous time for people to have freedom of choice that has been enjoyed for decades." Jay Inslee is a Democrat.

Just days earlier, the Idaho Legislature approved a bill that allowed family members to bring lawsuits to enforce a ban against abortions after six weeks.

In anticipation of the 1973 Roe v. Wade decision from the U.S. Supreme Court, several conservative legislatures have passed or proposed new restrictions on abortion in several states.

Washington's law, which took effect in June, bans the state taking any action against anyone who seeks to terminate a pregnancy or assists someone who is pregnant with obtaining an abortion.

This language was created in response to a Texas law that went into effect in September. It bans abortion after six weeks of gestation and does not allow for exceptions for rape or incest cases. Private citizens can bring a successful suit against any provider or person who assists a patient to obtain an abortion and collect $10,000 or more.

The Idaho Legislature sent to Republican Brad Little a bill on Tuesday that was modeled after the Texas law. The bill bans abortion after six weeks of pregnancy. It also allows the father, grandparents and siblings of "preborn children" to sue abortion providers for at least $20,000 in damages within the first four years.

A few states have proposed similar legislation to Texas's, but Idaho seems to be the most advanced.

Before signing the bill, Inslee stated, "To the citizens Idaho, if Idaho won't stand up for your Constitution rights, we will,"

The states would decide whether abortion should be legalized if Roe v. Wade is overturned by the U.S. Supreme Court.

According to the Guttmacher Institute (an abortion rights think tank), New Jersey became the 15th state that protects the right to abortion under state law. The House passed a Colorado measure and is now waiting for action in the Senate.

Elizabeth Nash, an analyst for state policy with the group, stated that New York, Connecticut, New Jersey, and California all have legislation in place to prevent people from sueing providers or supporters. This is similar to the Washington law.

California's Democratic leaders pledged to make California a "sanctuary for abortion" for women who live in states that restrict or outlaw the procedure. To prepare for the possible influx of patients, lawmakers have introduced several bills. One bill would allow nurse practitioners to perform abortions without supervision from a doctor. Another bill would establish a fund that can help pay for travel, lodging, and childcare for patients who seek abortions in California and other states.

Since 1970, Washington has had legal abortion. Also approved by voters in 1991, a ballot measure declared that a woman has the right to have an abortion performed by a physician before fetal viability. This expanded and protected abortion access in Washington state, even if Roe V. Wade were overturned.

Carol Tobias is the president of the National Right to Life Committee. She stated that no matter what the Supreme Court decides, recent laws passed in more conservative states indicate that legislators are willing to push for restrictions on abortion.

She stated that there are more pro-life individuals in elected positions who are trying to make an impact.

Washington's Legislature approved the measure this month. It also updated state statutes that refer to "pregnant individuals" with non-gendered reference and granted specific statutory authorization to physician assistants, advanced registered nurses practitioners, and other providers who are within their scope to perform abortions.

Jennifer Allen, chief executive officer of Planned Parenthood Alliance Advocates said that there were insufficient abortion providers in certain areas and that the new measure will address that shortage with an anticipated influx from Idaho.

1 Ukraine's leader warns Russia that war could... 2 Minister: It will take many years to clear Ukraine's... 3 Russia insists on reducing the goals in Ukraine, despite... 4 O'Connor was the first woman to be elected to... 5 House approves bill prohibiting discrimination based... 6 Biden warns China's Xi that he won't aid... 7 At 88, Rep. Don Young, long-serving Alaska congressman,... 8 US Marine Aircraft goes missing during a Norway training... 9 Kim Davis, a former Kentucky clerk, violated the rights... 10 John Clayton, a long-time journalist for the NFL,... 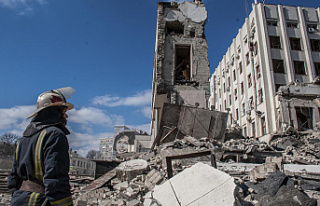