"We appreciate it": Selenskyj receives Scholz for a working lunch

During his visit to Kyiv, Chancellor Scholz will meet Ukrainian President Zelensky for the first time. 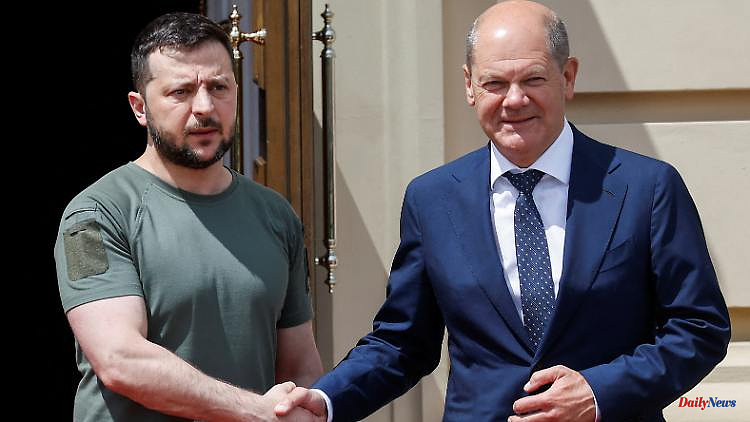 During his visit to Kyiv, Chancellor Scholz will meet Ukrainian President Zelensky for the first time. It is expected that the talks will focus primarily on arms deliveries and Ukraine's desire to join the EU. Before a planned Pk, both already express themselves harmoniously.

Zelenskyj shared a video with pictures of the meeting via Telegram. He thanked the four heads of state and government from France, Germany, Italy and Romania for their solidarity with his country. "We greatly appreciate your solidarity with our country and our people," Zelenskyy wrote.

Scholz assured Ukraine of European solidarity via Twitter. "We Europeans stand firmly by your side," said Scholz. He called the conversations open and insightful in the English version. Scholz also thanked Zelenskyj for accepting the invitation to attend the G7 summit at the end of June. This takes place in Schloss Elmau in Bavaria. It remained unclear whether the Ukrainian head of state would leave his country for this or whether the video would be used as in other meetings.

The politicians stepped in front of the cameras before entering the presidential palace, the Ukrainian president wearing a khaki T-shirt as usual, the others in a suit and tie. After a joint photo session in front of the building, the top politicians sat down at a round table. The talks are said to be primarily about Ukraine's desire to join the EU and further arms deliveries.

Before the meeting, the European guests had visited the Kiev suburb of Irpin and seen the destruction caused by the Russian attacks. A press conference is planned for the afternoon. The EU Commission wants to comment on Ukraine's candidacy on Friday, but all 27 heads of state and government will have to decide later. 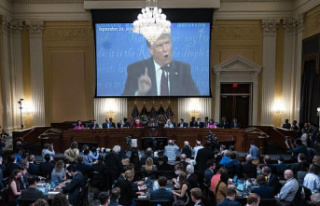