"We have no alternative": Bundestag decides 45.6 billion new debts

The budget for the coming year is in place: the Bundestag approves loans of around 45 billion euros. 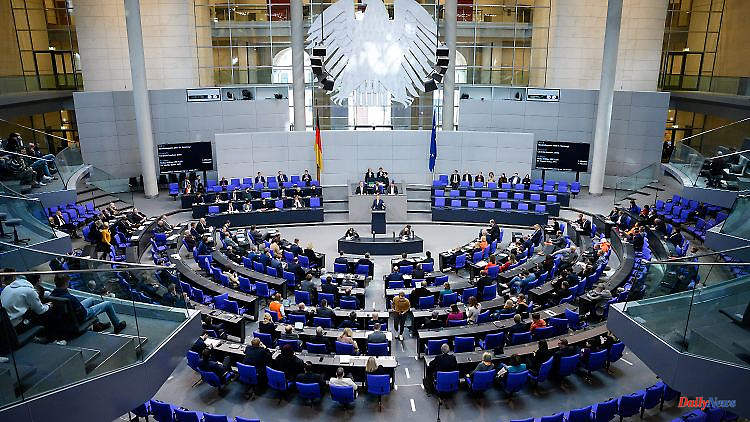 The budget for the coming year is in place: the Bundestag approves loans of around 45 billion euros. Large items have to do with the aftermath of the Ukraine war and the energy crisis. These include a subsidy for heating costs and tax relief.

In the fight against the energy crisis, the federal government will take out loans of around 45 billion euros in the coming year and finance numerous aids for citizens and the economy. The Bundestag approved the budget for 2023. "We will overcome the crisis, but we will not neglect the future tasks of this country," emphasized Finance Minister Christian Lindner. In the budget of the FDP politician, the debt brake is observed again for the first time after three exceptional years. Because of the poor economic expectations, loans are still allowed.

Lindner spoke of record relief and record investments, the SPD budget politician Bettina Hagedorn of a budget "which is not only enormous in terms of volume, but also finds the right answers to the needs of the time". Above all, the Union criticized the fact that the budget for the Bundeswehr would not increase to two percent of economic output, as announced by Chancellor Olaf Scholz. Left and AfD generally saw the wrong priorities.

Overall, the federal budget for 2023 has a volume of 476.29 billion euros. Large items have to do with the consequences of the Ukraine war and the high prices for gas, electricity and food. These include a housing benefit reform worth billions, a subsidy for heating costs for the needy and tax relief. For families who are particularly suffering from high inflation, the child benefit increases to a standard 250 euros per month and child. The previous Hartz IV will be replaced by a citizen's allowance with significantly higher benefit rates and a new approach by the job center to the unemployed.

In addition, 48 million citizens have to pay fewer taxes. The state foregoes income of 18.6 billion euros by offsetting the consequences of inflation in income tax. In return, the basic allowance increases, i.e. the income up to which no tax has to be paid. Other benchmarks in the tax rate will also be adjusted. This is intended to compensate for the fact that people have less purchasing power due to high inflation.

Left housekeeper Gesine Lötzsch accused the traffic light government of anti-social policies. The standard rate increase for the unemployed does not even compensate for inflation, crisis winners would not be asked to pay. Lindner replied: "Social justice is measured by the fact that people who are in need are not left alone. But social justice also has another component, namely fairness towards those who carry this country with their work and pay high taxes and duties ."

The return to the debt brake was particularly important to the finance minister in his first budget, which he was responsible for entirely himself. The bad economic expectations, which still allow loans of 45.6 billion euros, help him. Lindner emphasized that the federal government should not boast too much. The general government deficit is enormous, also because the energy price brakes are financed outside of the normal budget via a special program filled with credit.

Union housekeeper Helge Braun described it as problematic that no money was set aside in the budget for problems that were not yet known. "This budget is already sewn to the brim," he emphasized. Lindner admitted that the reserves were almost exhausted. The budget for 2024 will therefore be much more difficult than this one. "So we have no alternative: we have to remain courageous," he emphasized. 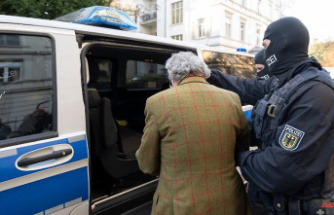 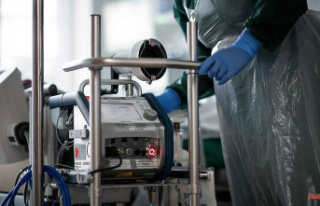