An expert report should provide the basis for the path that the traffic light government wants to take in the pandemic policy in the fall. 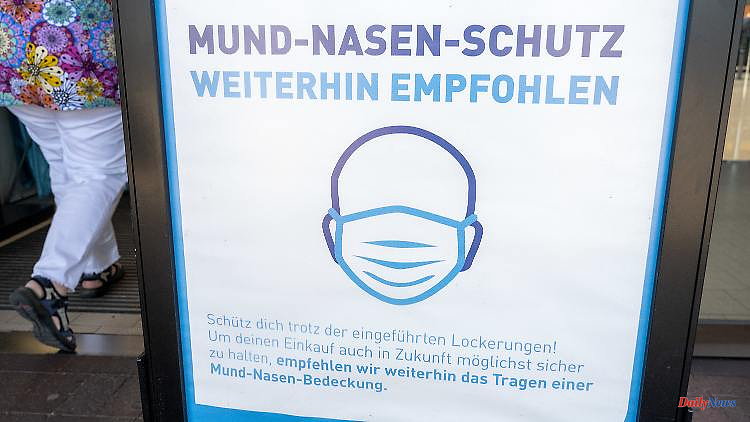 An expert report should provide the basis for the path that the traffic light government wants to take in the pandemic policy in the fall. While Minister of Health Lauterbach and Minister of Justice Buschmann are already negotiating, municipalities and doctors are urging them to hurry.

In view of the increasing number of infections, the calls for quick legal preparations for a corona autumn wave are getting louder. "Further corona precautions must now be worked out very quickly so that the proven measures can also be used in autumn and winter if necessary," tweeted Bundestag Vice President Katrin Göring-Eckardt from the Greens.

The Association of Towns and Municipalities called for the free citizen tests to be resumed. "By autumn at the latest, when the next big corona wave threatens," there must be "free tests across the board," said managing director Gerd Landsberg to the RND newspapers. The German Association of Cities called for a rapid legislative process for a new infection protection law. It would be too late to start in the fall, said General Manager Helmut Dedy to the Funke newspapers.

Dedy also emphasized the importance of free tests: "The federal and state governments should therefore make citizen tests easily accessible if necessary." Since last Thursday, the tests have only been free for certain groups, such as children up to five years of age, pregnant women in the first three months, or visitors to hospitals and nursing homes. Normally, a deductible of three euros has to be paid for a quick test.

With a view to the planned revision of the Infection Protection Act, Dedy called for the traffic light coalition to “agree before the summer break”. The federal government should make it possible “in the event of a dangerous situation to wear masks indoors, it is mandatory,” said the chief executive officer of the city council. "Access regulations for 2G/3G also belong in the toolbox. We have to be prepared when more dangerous virus variants roll towards us."

Federal Minister of Health Karl Lauterbach had previously warned of a significant deterioration in the situation. "We are facing heavy waves in autumn and winter," said the SPD politician on Friday evening on ZDF's "heute journal". After submitting an expert report, Lauterbach promised to speed up the revision of the Infection Protection Act. In the spring, the provisions were severely reduced, and the current nationwide legal basis expires on September 23rd.

On Friday, a committee of experts presented a long-awaited report on the effectiveness of previous corona protection measures. Accordingly, protective measures such as wearing a mask can continue to be helpful against the corona virus. But behind many other known conditions, the experts put question marks, due to a lack of sufficient data, no reliable assessments are possible.

The report is important, but "shouldn't be a brake pad," Lauterbach wrote on Twitter. He ruled out a lockdown like at the beginning of the pandemic on ZDF: "We wouldn't repeat that." However, it could be that one or the other measure makes sense again. Lauterbach did not want to give details, referring to confidential negotiations with Justice Minister Marco Buschmann from the FDP. They had already started a one and a half hour conversation on Friday. "I think we'll be quick," emphasized Lauterbach. In the next few weeks, a good infection protection law will be prepared.

In response to the report, the German Medical Association called for a targeted corona strategy for children and young people. "We now need a round table of health and education ministers as well as doctors, educators and other scientific disciplines to develop a viable corona strategy for schools and daycare centers," said Medical President Klaus Reinhardt to the Funke newspapers. It is worrying that the effects of school closures on the infection process have hardly been scientifically proven, said the medical president. On the other hand, numerous studies have shown the massive psychological and physical consequences of social isolation for children and young people.

The Vice-Chairman of the German Hospital Association (DKG), Henriette Neumeyer, called for more data to combat the pandemic and called for better communication from politicians. "The Council of Experts has confirmed many positions of the DKG, above all that we urgently need better and digital data," said Neumeyer of the Düsseldorf "Rheinische Post". The required infrastructural initiative for digitization is also necessary from a hospital perspective. "By autumn, those responsible must find a way to address target groups that are difficult to reach in order to provide health information," Neumeyer demanded. "The previous communication, especially about vaccination, was poor."

FDP parliamentary group leader Christian Dürr accused the federal states of always calling for the federal government, but of doing too little to prevent themselves. "They often call for measures that restrict freedom, but don't prepare themselves organizationally for the autumn/winter wave," Dürr said on Deutschlandfunk. "First of all, I expect organizational preparations without any restrictions on freedom, and then we'll see what else is necessary, what we still have to ask of the individual citizen."

If the legal requirements for basic protective measures are extended, Dürr does not see any great time pressure, because that could happen very quickly. "The German Bundestag managed to pass such measures within a few days. So we are already prepared for a worst case, even in the summer, if something were to happen." However, he categorically ruled out certain measures: “The lockdowns, they cannot come back, the curfews, even school closures should no longer be an instrument that we use across the board.”

The number of infections has been rising again for some time, and the more contagious omicron subline BA.5 is already dominating the infection process. According to a survey, almost half of the people in Germany are in favor of stricter rules immediately. In a survey by the opinion research institute Civey on behalf of the “Augsburger Allgemeine”, 49 percent answered in the affirmative whether the current corona measures should be tightened immediately. 43 percent were against, 8 percent undecided. 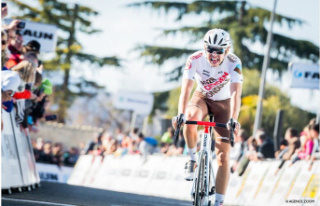