The Conservatives have always had a strong support base among British farmers. 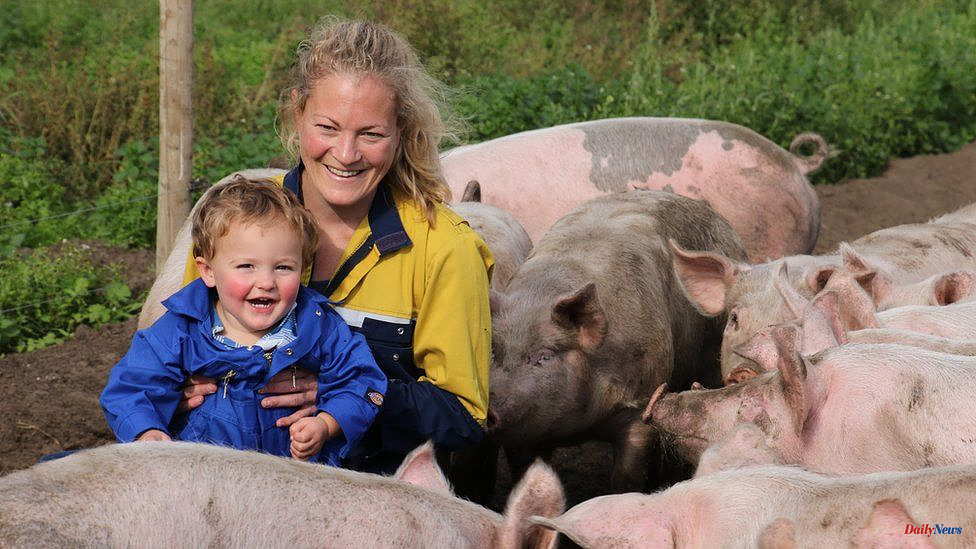 The Conservatives have always had a strong support base among British farmers. But as they struggle to pay rising costs and make policy changes, the mood is changing in a way that could be a boon for Liberal Democrats and help shape the next general elections.

The Conservatives suffered a shocking defeat in rural North Shropshire after last year's election. Their woes were amplified by one of the most influential voices in farming.

Minette Batters, President of the National Farmers Union (NFU), wrote in the Daily Mail that "farmers are also voters and the Tories must cease ignoring us."

Her warning was a sign of a poor result for the Tories at this month's local election. There were upsets in Somerset, Cumbria and Cumbria where newly formed councils went to Labour and the Liberal Democrats.

These results supported polling that showed a decrease in Tory support among rural voters.

According to the NFU president, these voters include farmers who have been affected by economic shocks as well as bold post-Brexit policies.

Are they being heard by the government? BBC interviewed farmers who said they don't believe so.

Although he says he is "more Conservative" than any other party, he has become "very disillusioned with the party’s approach to agricultural policy.

Mr. Small voted in the local elections this month and put his faith in the Liberal Democrats. They are now running Somerset's council, where Conservatives were in charge since 2009.

According to Mr Small, the result reflects both the "national mood" as well as the Conservative government's "strong agenda for the rural setting".

According to the government, it is acting in the best interest of farmers like Mr Small by implementing radical reforms to agriculture following the UK's exit from the EU.

One of the most important changes was the elimination of direct payments from the EU scheme to farmers that were funded by taxpayers.

England will see payments of PS2.4bn per year gradually reduced until 2027. New subsidy schemes that are linked to environmental goals, rather than land use, are being implemented.

To make up for the lost income, Mr. Small will be reducing his production as soon as the cuts go into effect.

Research shows that many farms wouldn't make a profit without EU subsidy, but Victoria Prentis, the agriculture minister, says it would be wrong to end their phase-out as they mostly benefit larger landowners.

She says, "Whilst Labour or the Liberal Democrats may not want to address this inequality, we will."

Mr Small said he was not decrying the subsidy cuts. He says, "My problem is that a government is telling us we are going on a trip, but we don't know where we're going."

He believes that the February conference speech by the NFU president was a "good snapshot of farmers' feelings."

NFU President said that the government's policies on agriculture are "completely contradictory". He also stated that while the government is raising environmental standards in the country, it is seeking trade deals to support lower standards abroad.

She was especially critical of the government’s response to the chaos that had decimated pig farming.

In the past few years, post-Brexit shortages in abattoir workers have led to mass cullings of healthy pigs as well as skyrocketing feed costs.

According to the Agriculture and Horticulture Development Board, (AHDB), the industry has experienced a loss of more than PS500m in the past year, with an average loss at PS58 per pig.

Anna Longthorp, a pig farmer in East Yorkshire, says that "our cost per unit is higher than it's ever been"

"It's been an absolutely terrible time," says Ms Longthorp who raises free-range pork near Hull.

The Longthorps, farmers for four generations have seen their fair share of hard times.

Ms Longthrop states, "But colossal pain because of culling healthier pigs; farmers will never get over that."

"They're going be haunted for the rest their lives by that."

The government has requested a review to examine the fairness of supply chains. Ms Longthrop however says that the "solutions don’t come quickly enough".

"The entire supply chain is broken, and we've been screaming and shouting for so many years."

Ms Longthrop states that if there were a general election in this year's elections, she would not vote Tory. "Not a cat at hell's chance."

Already, the Liberal Democrats have benefited from Tory discontent by gaining 224 seats in the local elections this month, many of which are in rural areas.

These voters "turn to the Liberal Democrats" in droves because they know that we "fight for rural communities", according to Tim Farron (the party's spokesperson on rural affairs).

According to him, farmers and rural voters are strongly committed to prudent public finance management. This is partly why the Conservatives won control of North Yorkshire's new council.

He said that Tory MPs should back Boris Johnson, and "keep the message out that we are a party with'sound finances' instead of the Liberals who "spend money and worry later."

Even so, some voters have left the Tories including Robert Craig from Cumbria, a Cumbrian dairy farmer.

He was the president of The Conservative Association in Penrith, The Border for many years when Rory Stewart, a former Tory MP, held the constituency.

In 2019, Mr Craig resigned to show solidarity with Mr Stewart. He was suspended by the Conservatives after rebelling against the government’s Brexit agenda. Mr Stewart was then elected as MP.

Craig states, "I don't associate myself with any current Conservative administration at all." "I question whether I was as Conservative than I thought."

Mr. Craig didn't even vote in the recent local elections which Labour claimed were a "turning-point" for the party.

Farmers in Cumbria feel "betrayed" and voters believe "the Tories have lost touch". This is according to Jim McMahon from Labour, shadow secretary for environment, food, and rural affairs.

Brexit was doing farmers like him "nothing whatsoever", Mr Craig said.

According to him, labour shortages are his "biggest challenge" in running his three dairy businesses.

A committee of MPs stated last year that Brexit and the Covid-19 pandemic have left 500,000 jobs vacant in the food and agriculture sector.

The government changed its stance, opening up more employment opportunities for skilled workers from abroad and extending a scheme for seasonal workers. Yet, there are still vacancies.

Craig states that "we're really struggling." "You can advertise for jobs, but you get very little interest."

He also explained that he is seeing "huge spikes" in energy costs and other production costs.

He is open to government support to reduce these rising costs, including the advance payment of subsidy to help with cash flow.

After Brexit, the transition towards an independent agricultural policy has raised the political profile of farming.

Jonathan Roberts, Country Land and Business Association director of external affairs (CLA), says that sometimes there is a "false choice" between protecting the environment and food security.

Roberts states that the government must manage the reforms carefully and encourage economic growth in rural areas to keep farmers interested.

He claims that the government's policies have been "geared towards treating the country as a museum" for too long and that now the rural communities are "in a mood to say, I'm no longer going to vote the same way I always did".

This mood has reached Ms Small, Mr Longthrop, and Mr Craig who have all turned their backs against the Tories for now.

What would it take to get them to vote Conservative once again as the next general elections approach?

Mr Small states that the Tories must present a coherent plan for food, energy, and environment in farming. Mr Craig believes that the party must abandon Boris Johnson and encourage people to pursue a future in farming.

Both have strong demands. Ms Longthrop, however, has a more modest request that is similar to those of the NFU president.

She says, "Talking with farmers would be an excellent start." "I need them listening."

1 Zara Aleena: Many join the vigil to remember the Londoner... 2 After a homophobic attack on a gay choir member, he... 3 Retired woman assumes role at US summer camp under... 4 Welsh independence: Tausende march through Wrexham 5 Gabby Logan makes a heart screening call to brother... 6 "Hi, thank you for calling. Is everything OK?... 7 Walnut. Savoie: A 22-year-old motorcyclist was seriously... 8 Ryanair and Easyjet: Airline strikes overshadow summer... 9 Holidays usually start relaxed: the big flight chaos... 10 Swiatek loses after 37 wins: Dominator fails with... 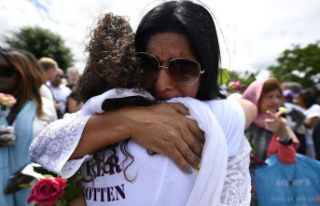 Zara Aleena: Many join the vigil to remember the Londoner...