Wieduwilt's week: be nice and loud, you democrats!

Scholz and the opposition yelled at each other in parliament, and that's a good thing: Democracy is hard to sell in loud times of need - strong men and populists have it easier there. 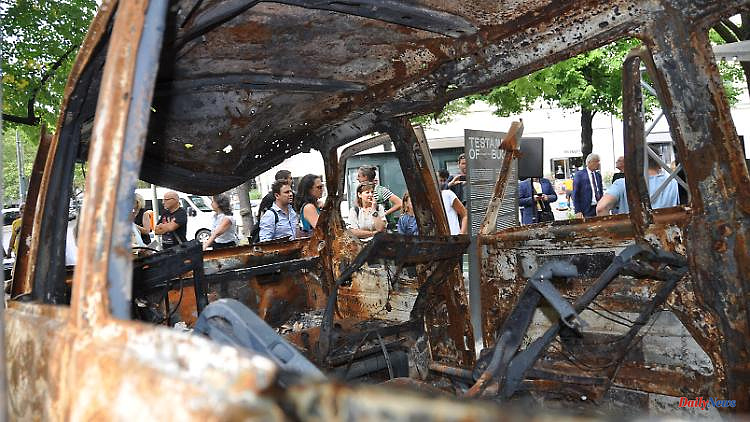 Scholz and the opposition yelled at each other in parliament, and that's a good thing: Democracy is hard to sell in loud times of need - strong men and populists have it easier there.

Die Linke Sahra Wagenknecht can do foil, but she can also do Elbschlosskeller: Germany has the "stupidest government in Europe". The biggest problem is the "terrific idea of ​​starting an unprecedented economic war against our most important energy supplier". The federal government would "throw millions of families in Germany into poverty" with that, "yes, how stupid is that."

That's the sound of populists: everyone up there is stupid and dumb, German politicians, not Putin, are responsible for the energy crisis. The AfD sounded very similar: "pathetic hypocrites" rang out from the parliamentary group in the direction of the government bank - loud, louder, the loudest.

But all in all, it was a nice budget debate: Democracy has to be loud sometimes: the protest researcher Dieter Rucht recently warned that the public will only remain in the role of spectator as long as there is still an audible opposition.

If democracy is too quiet, it falls into oblivion. Unfortunately, this is a very real danger. For a long time we had it pretty easy in Germany, you vote, you get angry, you buy a chocolate muffin to counteract your frustration, or you watch Marvel bullshit in the cinema, and then it goes again for a while. This cosiness is missed in times of war, recession and pandemic, but for some reason this deficit does not translate into fervent worship of democracy.

The people want peace and quiet: "When will Mr. Kubicki or Mr. Gysi finally negotiate with Mr. Putin? These two have enough experience to achieve a good result with diplomacy and tact," wrote a commentator under Wagenknecht's Facebook post with her speech. The post has almost 10,000 likes, the comment alone 800. Thousands applaud the politician in her comments, many sound like honest personal admiration: "When are you founding a party?"

A lady dares: She contradicts, accusing Wagenknecht of "fraternizing with Putin". It's a horse breeder, you don't see any political activism on her face, she probably posted on a whim.

She is immediately shouted down by 300 (!) commentators. They serve up the familiar arguments: "Just stand there yourself", i.e. at the front, that's what it means. One sees Russia as an enemy "because the US wants it that way," writes another. And: "As everyone knows, the Ukrainian politicians were not and are not flawless democrats." Yes: Anyone who is not a "flawless democrat" - is it a coincidence that Gerhard Schröder's praise for Putin is taken up here? - please don't complain about massacres.

Putin's Russia is not a democracy. Putin's Russia disregards and attacks democracy at home and abroad. It is Putin's aggression that threatens our prosperity, our freedom and our democracy. There is certainly no shortage of other strong and semi-strong autocrats - some even see an "age of strong men". Why isn't our democracy more combative?

Even the otherwise freedom-loving Wolfgang Kubicki from the FDP advocates compromises and would like to open Nord Stream 2. Opening that pipeline would mean pumping gas in and pumping democracy out.

Comfort probably plays a major role: "Being used to a life of freedom and relative prosperity, one enjoys the advantages of democracy, but is less and less willing to actively participate in democratic processes," says Konrad -Adenauer Foundation for "defensive democracy". That also means "fighting for the preservation and defense of democracy and freedom in the narrower sense".

Maybe that explains why some younger people, who don't even have any memories of an unlawful state in the immediate vicinity, have a rather disturbing relationship with Putin: "Many young Germans feel sorry for Vladimir Putin," quotes the "Zeit" from a current one Study that Putin is the "scapegoat" of the West, says a quarter of those surveyed. The story that NATO "provoked" him still catches 20 percent, and one in ten thinks Russia is ridding Kyiv of fascists.

The problem: Democracy is a bit dull once it has settled down - at worst in the non-contentious state of a grand coalition. In a recent essay, the historian Anne Applebaum refers to Joe Biden's challenge: How to get citizens enthusiastic about democratic values ​​such as moderation, institutions and the political center? Put more simply: How do you make the usual, old democracy sexy while it's still there?

A democracy that is too subtle can easily get under the wheels - especially at a time when large parts of the news are driven by algorithms from the big platforms and thus emotionality. Applebaum also points this out: "Talking about infrastructure sounds boring, climate change seems far away. Reluctance sounds like weakness or indifference." No viral hits for social media.

The Federal Republic is also familiar with this noiseless struggle to defend free democracy. The coalition, for example, is tinkering with an overall account of surveillance: it primarily affects laws that were passed after the attacks of September 11, 2001 in particular. That's laudable, but boring like sorting socks. The same is true of other arduous, industrious, but often colorless struggles in the mines of legal politics. Yes, of course, justice is important and all - but in the noise of today's debates, such things have little significance and political momentum.

The democratic fringes warmly wish for the winter of rage. The AfD just slipped that out with the microphone open, for the left edge you can safely guess. Then the debate temperature would rise and it would be even more difficult to promote the balanced, balanced, middle.

It therefore needs more volume for this usual, boring democracy. What does that mean? Loudness like Friedrich Merz, for example. The leader of the opposition gave a wrangling Beatrix von Storch a low blow: "The parliamentary doctor is here, if you want, go there right away," he told the AfD MPs. He swears by the unity of the political center: If the AfD wants to split the country, "then we will oppose you with everything we have and, if necessary, with everyone else here in Parliament."

Or the volume of a burnt-out car wreck from Butscha, in the middle of the posh Kurfürstendamm in Berlin Charlottenburg - an art installation that elegantly answers the question of who is at war with whom here. Good this way!

Democracy may need to learn to brag: Doesn't Ukraine, with its military successes against disoriented, underserved and demoralized Russians, prove why an autocracy with a "strong man" is possibly subject to democracies with all their debates and hesitations? The FAZ recently reported on this thesis of the American researcher Matthew Kroenig with numerous examples. Good this way!

The appearance of an angry Olaf Scholz in Parliament was therefore a blessing: rasping in his voice, happy scuffle with the Union, clenched fist, dancing on the podium, jabbing index finger. Perhaps the administrator Scholz, a chance winner of the 2021 federal election, will still find what helps to defend the old, boring democracy against seducers: volume, attitude - and even a touch of charisma. 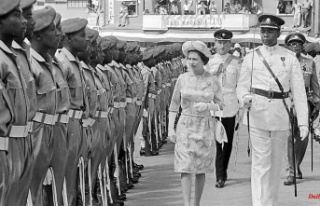 Queen of Canada and Tuvalu: The Worldwide Empire of...