"Will fight and win": Explosions after Selenskyj's visit to Kharkiv

Wearing a bulletproof vest, President Zelenskyy is making his first visit to eastern Ukraine since the beginning of the war. 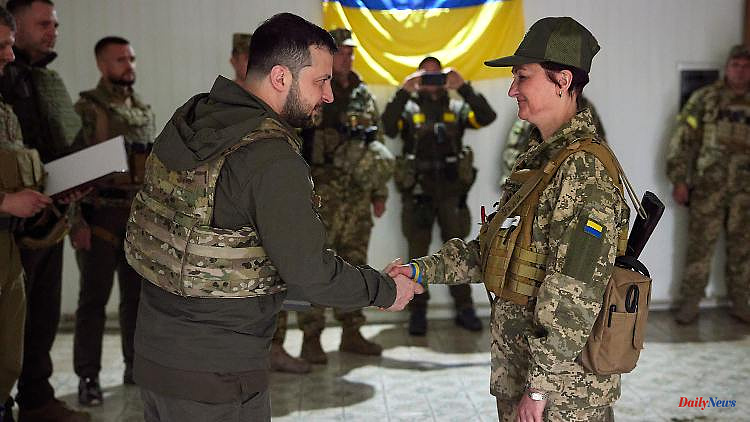 Wearing a bulletproof vest, President Zelenskyy is making his first visit to eastern Ukraine since the beginning of the war. In doing so, he encourages his troops and refers to the rebuilding of the destroyed cities "on which evil has descended". Shortly afterwards there are probably detonations in Kharkiv.

For the first time since the beginning of the war in Ukraine, head of state Volodymyr Zelenskyj has visited the east of the country. His office published a video on the Telegram messenger service showing Zelenskyy wearing a bulletproof vest in and around Kharkiv. He decorated soldiers, inspected the city's devastated infrastructure and inspected burnt-out military vehicles abandoned by the Russian army. According to a Reuters reporter, several explosions were heard in Kharkiv a few hours after Zelenskyy's visit. A plume of black smoke could be seen over the northeast of the city.

Selenskyj thanked the soldiers for their commitment. "I am immensely proud of our defenders. Every day they risk their lives to fight for the freedom of Ukraine," said the President. While Zelenskyi received a report from the military leadership on the operational situation at the front, he spoke to Governor Oleh Synehubov about the damage to civilian objects in the region.

The head of state announced that the destroyed houses would be rebuilt "in Kharkiv and all other towns and villages that were hit by evil." In Kharkiv and the surrounding area, 2,229 buildings were destroyed, said the Ukrainian president, who had been in the capital Kyiv since the war began on February 24.

"In this war, the occupiers are trying to squeeze out at least something as a result," said Zelenskyy. "But they must have understood long ago that we will defend our country to the last man. They don't stand a chance. We will fight and we will win in any case." Zelenskyi also spoke with the governor of the region and the mayor of the second largest city in Ukraine about reconstruction.

At the beginning of their war of aggression, Russian forces bombed Kharkiv on an almost daily basis. With the relocation of Russian units to other regions in the east and south of the country, some calm returned to Kharkiv, even if the eastern part of the city was repeatedly shelled.

1 Relationship with Kevin von Anhalt: Luna Schweiger... 2 Three steps: to harmonious coexistence with the neighbors 3 Israelis in the service of Ukraine: fighting in foreign... 4 Round of 16 victory at the French Open: Zverev wins... 5 Oldenburg is defeated in the final: Bietigheim wins... 6 Not in top form at the French Open: Zverev reaches... 7 Courtois' bizarre fight: Real Madrid's flying... 8 Bavaria: Accident with 17 injured: two people in mortal... 9 Bavaria: Markus Müller from the Free Voters is the... 10 1st round drawn in the DFB Cup: Großkreutz sends... 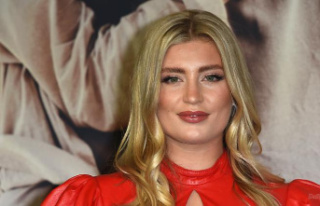