Will she challenge China with a visit to Taiwan? Pelosi's risky trip to Asia

Is she visiting Taiwan now or not? In the coming days, all eyes will be on the visit of Nancy Pelosi in Asia Pacific. 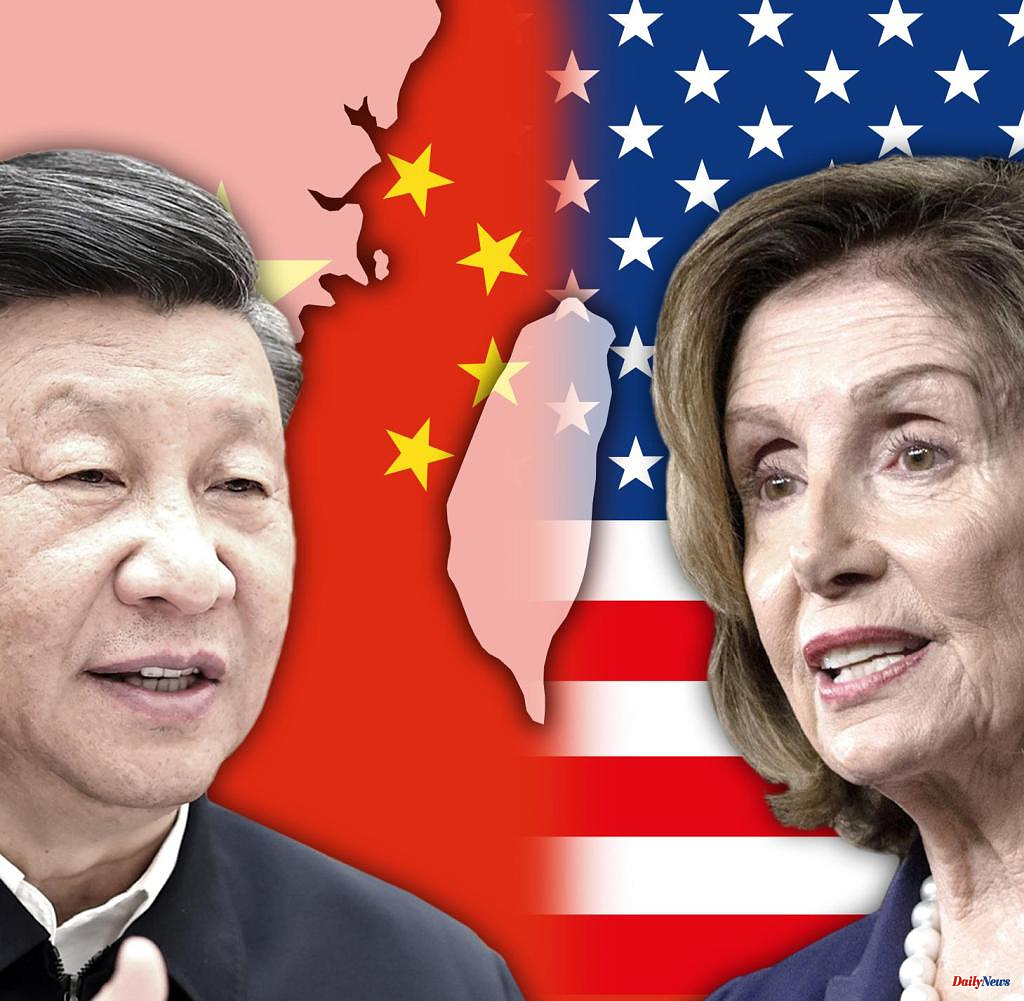 Is she visiting Taiwan now or not? In the coming days, all eyes will be on the visit of Nancy Pelosi in Asia Pacific. When the Speaker of the US House of Representatives set off on her trip to Asia on Monday, there was no official talk of a stop in Taiwan. Many – including US President and party colleague Joe Biden – considered the timing of a visit to Taipei to be too risky. However, this is by no means ruled out, as recent statements by American and Taiwanese officials suggest.

Beijing is alarmed. It regards the democratically governed island as a breakaway province. The USA, on the other hand, is considered to be the protecting power of Taiwan. Last week, China's President Xi Jinping made it clear during his first video call with Joe Biden since March that "provocative actions" on the Taiwan issue would amount to "playing with fire".

To lend weight to these words, Chinese warships exercised in the Taiwan Straits over the weekend. Since the beginning of the year, a record number of Chinese planes have entered Taiwanese airspace - and the mood in the region is more tense than ever.

If Pelosi really does come to Taiwan, it would be the first visit by an incumbent US speaker since Newt Gingrich in 1997 - and a clear political signal. Sino-US relations are heading for a new low since diplomatic relations were established in the 1970s.

China has been claiming the self-governing democratic island for decades. Under Xi Jinping, the rhetoric of a possible takeover has recently intensified. For many observers, the question is no longer whether, but when China will attack. And since Russia invaded Ukraine, China's threat has become even more perceived in Taiwan, also because of fears that Beijing and Moscow could form an alliance against the West.

"Since the war in Ukraine, first aid courses and self-defense have been taught in parks in Taipei," says Anna Marti in an interview with WELT. She is the office manager of the Friedrich Naumann Foundation in Taiwan. A week ago, she watched from her office window as people left the streets in a very short space of time to the blare of sirens.

The annual "Wan An" military exercise simulates protective measures in the event of a Chinese missile attack. This year it was more extensive and serious than ever. In three districts of Taipei, people had to seek shelter in bunkers and practiced how to put out fires.

However, many young Taiwanese feel unprepared for an attack, says Marti. Reports circulated that military servicemen prioritized weeding during training rather than practicing defending the island. Critics also complained that many people stood by the side of the road in the shade or just sat in their offices during the military exercise instead of running into a bunker.

While the tension at the political level is high and continues to increase, the mood in the country is still comparatively calm. The potential visit from Pelosi should change little about that, says Marti. The population is used to the threat from China and cannot live in constant alert.

"China is like a bad smell in a room: you smell it at first and then you stop smelling it," explains Marti. Chinese missiles have not been fired at the island since the 1995-96 Taiwan crisis. Beijing is currently exerting pressure primarily through cyber attacks and threatening rhetoric.

For a long time it was unclear how the USA would react in the event of a military attack. Washington shied away from clear words. But in May, Biden changed course when he answered “yes” to a journalist's question as to whether the United States would defend Taiwan militarily in the event of an attack. Against this background, a visit by Pelosi could be understood as a further commitment to Taiwan. However, it is questionable whether it would make the island of 23 million people safer.

Chinese President Xi, who is seeking a historic third term in office this fall, is under enormous pressure at home. The economy is suffering from the strict no-Covid policy. In the second quarter, the economy grew by just 0.4 percent - a disastrous result for a country that is used to growth rates of up to 13 percent.

In recent years, Xi has slowed down China's largest technology companies, there is a threat of a real estate crisis, there are protests in front of banks. Added to this are declining birth rates and youth unemployment. Xi has been promising the Chinese “common prosperity” for years.

If Pelosi actually went to Taiwan, Xi would have to react in order not to risk losing face at home. If the Democrat decides against a stop in Taipei, this would confirm Beijing's assumption that the policy of threatening gestures is successful. At a Foreign Ministry meeting on Monday, Beijing again warned of the "enormous political implications" of a visit.

If Joe Biden had his way, this situation would probably never have happened in the first place.

The US President had reacted cautiously to reports of Pelosi's visit to Taiwan. "I think the military doesn't think it's a good idea right now," Biden said last month. Since then, however, the US President has refused to explain the warnings in more detail. The White House said the Speaker of the House is free to choose where she travels and has little control over her decision.

Pelosi, who has repeatedly positioned herself clearly against the Chinese regime in her career, knows this too, for example through meetings with Chinese dissidents or the Dalai Lama. In 1991, Pelosi unfurled a banner in Beijing's Tiananmen Square commemorating the victims of the 1989 massacre, and in recent years she has supported pro-democracy protests in Hong Kong.

Exactly when Pelosi will land - and if at all - will likely be decided soon after her arrival in Singapore. Visits to Malaysia, South Korea and Japan are officially planned. 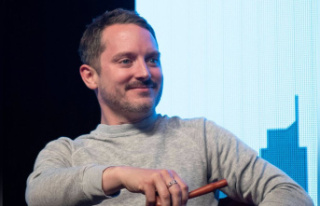 Elijah Wood: He brings back a cult figure from the...