Due to the Russian war of aggression, prices are rising - rents are also affected. 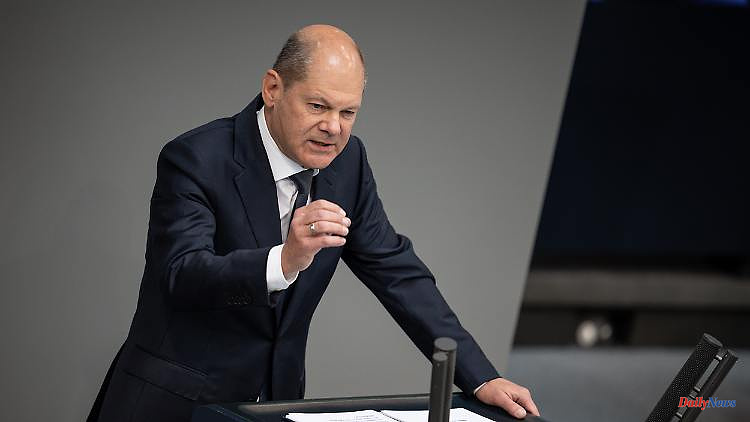 Due to the Russian war of aggression, prices are rising - rents are also affected. The increases are still due to "one-off shocks", but Chancellor Scholz warns of a lasting development. He wants to sit down with employees and employers to solve the problem. It shouldn't be about wages.

Federal Chancellor Olaf Scholz wants to work with employees and employers to discuss solutions for dealing with the current price increase. In the general debate on the 2022 budget, Scholz explained that he wanted to call both sides together for a “concerted action”.

"Together with the social partners, we want to discuss how we deal with the current price development," said Scholz. This is an "unusual step", but one that is urgently required in view of the current situation. It is about a "specific effort in an extraordinary situation," explained the Chancellor. The term "concerted action" is known from the times of the first grand coalition. In view of the first economic crisis in the Federal Republic, Economics Minister Karl Schiller of the SPD called together representatives from the government, the Bundesbank, business associations and trade unions in 1967. "Concerted" means "arranged" - i.e. the attempt to voluntarily coordinate and reconcile interests.

Scholz made it clear that this voting process "should not be permanent" and that there would be no wage negotiations. In Germany, however, the social partners and the state have a "long tradition of working closely together for the common good in such situations".

The Chancellor did not announce new relief for citizens in his speech. Scholz referred to the relief packages passed by the traffic light government with a volume of around 30 billion euros. But the problem of rising prices has not been solved, said the Chancellor. He cited the war in Ukraine "initiated by Russia" as the main cause, which is fueling energy and commodity prices. The price increases are still due to "one-off shocks". Scholz warned of a "permanent development with inflation rates that are too high".

He also made it clear that state aid could not be paid out indefinitely. "In everything we do today and in the future, one thing is clear: long-term subsidies financed by credit are not a solution - especially since we want to comply with the constitutionally prescribed debt brake again next year," emphasized Scholz. The goal must be "to sustainably reduce the inflationary pressure".

A current Forsa survey shows that Germans are skeptical about the economy because of the Ukraine war and high inflation. In May, around 94 percent did not expect prices to fall anytime soon. The majority of 56 percent (compared to 46 percent in the January survey) even expect prices to continue to rise. This concern is somewhat greater among East Germans than in the West and is more pronounced among citizens with lower incomes than among higher earners, who, however, also fear that prices will continue to rise.

1 "Question mark" on the armaments list: Union... 2 Trickery in sustainability: DWS boss Wöhrmann resigns... 3 "The situation puts a strain on you": Ulrich... 4 Start of the Queen's anniversary: ​​Prince... 5 North Rhine-Westphalia: 9-euro ticket campaign in... 6 Bavaria: the wheelhouse of the river cruise ship gets... 7 Hesse: SPD parliamentary group leader: Hesse needs... 8 North Rhine-Westphalia: the school bus has to brake... 9 Bavaria: 16-year-old dies after an accident with a... 10 Saxony: Lower prices at gas stations after tax reduction 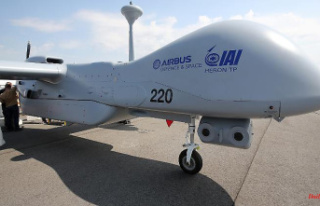