In a bitter defeat against the Ukrainian army, Russia had to give up the strategically important eastern Ukrainian city of Lyman. 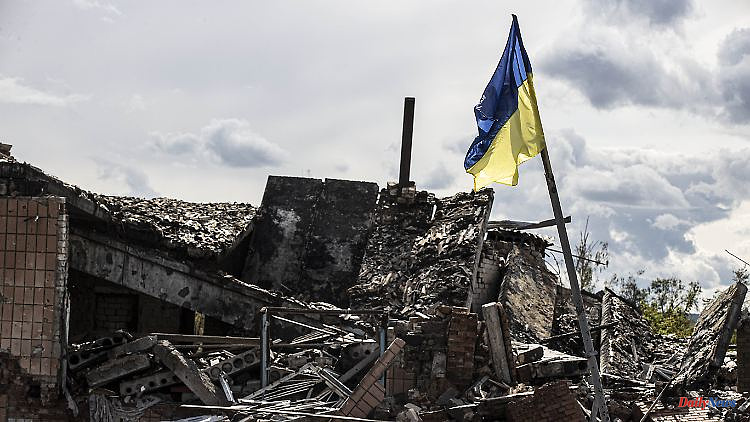 In a bitter defeat against the Ukrainian army, Russia had to give up the strategically important eastern Ukrainian city of Lyman. British secret services believe that many soldiers died during the retreat. Because there was only one way to escape.

According to British intelligence services, the Russians suffered high losses when retreating from the strategically important city of Lyman in eastern Ukraine. The city in the eastern region of Donetsk was previously defended by undermanned Russian units and reservists, according to the daily short report from the British Ministry of Defence. Many soldiers were said to have died when retreating via the only road out of the city that is still under Russian control.

On Saturday - one day after the illegal annexation of several Ukrainian territories - Russia gave up the city of Lyman in a bitter defeat by the Ukrainian army. Ukrainian President Volodymyr Zelenskyi celebrated the recapture of the city. "The Ukrainian flag is already flying in Lyman in the Donetsk region," Zelenskyy said in his daily video address. There is no longer any trace of the "pseudo-referendum," he said.

According to the Russian military, the armed forces have been withdrawn because of the risk of encirclement. Ukrainian authorities had previously spoken of more than 5,000 Russian soldiers being surrounded. So far there is no concrete information about the number of dead and prisoners. The "Kyiv Independent" reports that 500 Russian soldiers died on Saturday alone, but cites estimates by the Ukrainian army that cannot be independently verified.

According to the British secret services, the withdrawal triggered a wave of public criticism of the military leadership in Russian government circles. It is expected that further defeats in the recently annexed areas will only add to this and increase the pressure on senior commanders.

The British Ministry of Defense has published daily information on the course of the war since the start of the Russian war of aggression against Ukraine on February 24, citing intelligence information. In doing so, the British government wants to both counter the Russian portrayal and keep allies in line. Moscow accuses London of a targeted disinformation campaign. 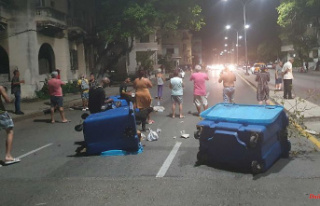 Neither electricity nor running water: protests in...