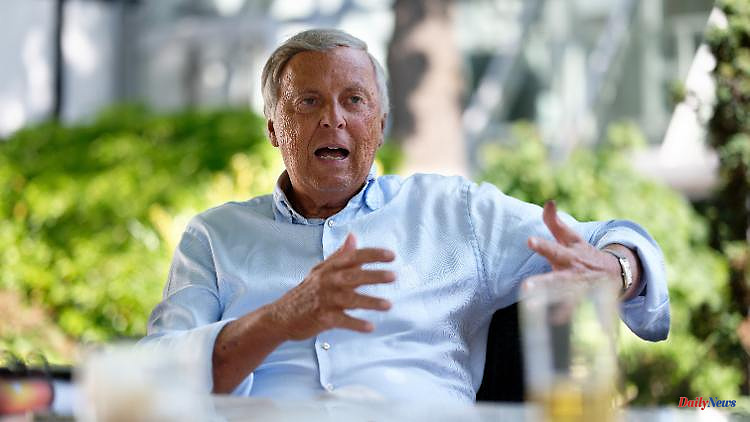 Despite his retirement, CDU politician Wolfgang Bosbach still works a 60-hour week. Only on the talk shows does he step down. "What I do now a year, Lauterbach can do in one evening," he says.

How is he in personal contact, the former talk show king and CDU domestic politician Wolfgang Bosbach? Daughter Caroline has to laugh. "He's an entertaining, humorous person with a wide range of interests. And because he's gotten around well over the past few decades, he has a remarkable repertoire of stories up his sleeve." It's a sunny day in Bergisch Gladbach, the 32-year-old came to talk to her father, who turns 70 this Saturday.

The statement at the beginning sounds a bit like a holiday speech. Of course you have to follow up - like in a talk show, father Bosbach knows that. No demarcation movements at all? Oh well. When she lived in Berlin while she was studying and he had the idea of ​​moving in with her during the week, that was the end of it for her. "Absolutely not!" she exclaims to this day. He reports: "I've always lived in a hotel, and when Caroline moved to Berlin, my first thought was that we'd share a flat. Caroline had a nice apartment. I said: 'Caroline, I'm moving in. You're bothering me not me.' Then she said: 'Yes, it's clear that I won't disturb you.' I saw the rest on her scared face."

The ease with which Wolfgang Bosbach tells such stories has not come with age. He already had it during his time in the Bundestag - which made him very popular. In 2017 he left Parliament. But things haven't really calmed down for him. Just a little bit different.

The 70th birthday, for example, is to be celebrated in Sardinia. "I've never been there," he says. "But our middle daughter is a flight attendant and she always raves about the flights. It's a magical island with beautiful beaches and crystal blue sea." A good 50 family members and friends are invited, but only one prominent politician, and he's not even from Bosbach's party: Wolfgang Kubicki, the deputy head of the FDP and Vice President of the Bundestag, is the chosen one. He should also give a speech. "I am very confident that he will find the right words. Just nothing sad!" Laughter, dancing, good music and being happy are the order of the day - at least that's how he imagines it.

Of course, Bosbach is still following politics and is not at a loss for a comment. "I always say, if you have trouble falling asleep, watch a speech by Olaf Scholz." In retrospect, however, he also recognizes shortcomings in his own party: "For a long time, the Union did not deal with the issue of climate protection as intensively as other parties." Similarly, the topic of healthy eating. "Plays a much bigger role for my children than for father Bosbach."

He has never made a secret of his cancer. He doesn't want to say that he's fine today. "I have too many limitations for that, have to take too many medications, visit doctors too often." But he can be satisfied. "For me, it's crucial that I can do what I want to do. Of course, I realize that many things are more difficult for me than before, but when you're 70, you're not 35 anymore." That was also the reason why he left politics at the age of 65: "I knew that I could no longer keep up the pace."

His normal daily routine today is that he works in his law firm in the morning and drives to a lecture or a discussion in the afternoon almost every day. "I still have a 60-hour week, but I'm no longer caught up in the schedule of meetings in the Bundestag." As far as talk shows - his former hobbyhorse - are concerned: there is now "very rarely" an invitation. "What I do now a year, Lauterbach can do in one evening," he says. It doesn't seem to cause him grief. For this he produces a successful podcast ("Die Wochentester"). And he is writing a book about why politicians have lost trust and how they can regain it. Politically and in terms of TV celebrities, there is already something like a successor candidate in-house. Caroline Bosbach recently took part in the RTL dance show "Let's Dance". After that, more TV offers came – but she turned down most of them. She wants to focus on her political career in Papa's CDU. Incidentally, she has decided to move back to the Rhineland after twelve years. "Transplanting a Rhinelander works well for a while, but not forever," is her conclusion. "I'm just so happy here." If that isn't a birthday present. 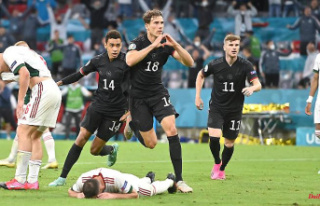 Again with heart against hatred?: Goretzka's...