Gas in Germany will become scarce towards the winter. 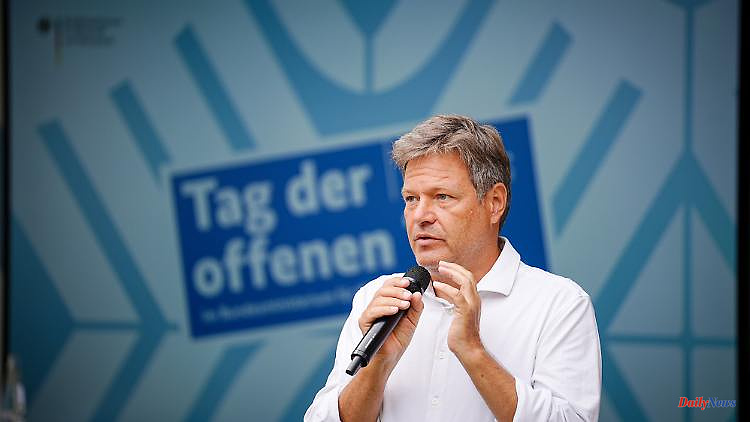 Gas in Germany will become scarce towards the winter. The CSU is therefore calling for a quick decision by the federal government to extend the lifetime of the nuclear power plants. That's "the wrong debate," says Habeck, pointing to wrong decisions in "Southeastern Germany."

In the controversial question of a possible continued operation of the German nuclear power plants beyond the end of the year, the Union continues to put pressure on. CSU regional group head Alexander Dobrindt demands that the federal government make a quick decision to extend the term. "Instead of continuing to waste valuable time, the federal government must decide as quickly as possible to continue operating the nuclear power plants, order the fuel and make the power plants that were last shut down operational again," said Dobrindt.

Green Party leader Omid Nouripour referred to the ongoing stress test, the results of which were awaited, in the debate about the three remaining nuclear power plants. "And then we decide based on the facts as before," he said. At the same time, he underlined that he sees no future for nuclear power. "The talk about re-entry, about nuclear power as an alleged future technology, is a fairy tale debate," said the party co-chairman. He referred to France, where many nuclear power plants are currently not in operation, which is justified by maintenance.

The federal government is currently examining the security of the power supply in a stress test with a view to the coming winter. On this basis, she wants to decide whether the three remaining nuclear power plants, which are supposed to be shut down at the end of the year, should run a little longer.

Federal Minister of Economics Robert Habeck said at the open day in his ministry on Sunday that the result was still open. "There is no decision in one direction or the other." At the same time, the Green politician made it clear that he sees no long-term solution for Germany in nuclear power. "This is not the cheapest technology, nor is it the safest technology to power Europe and the world for the future." Keeping the nuclear power plants running in order to save gas is "not the right debate," Habeck argued: According to him, longer operating times would reduce German gas consumption by around two percent, probably less. "We have other options," he said.

Meanwhile, Bavaria's Economics Minister Hubert Aiwanger from the Free Voters countered Habeck's criticism of the state's energy policy. According to Habeck, any bottlenecks in the power supply in winter would also be the result of political mistakes in Bavaria. He complained that renewable energies had not been sufficiently expanded in "south-eastern Germany". The power grids for transporting electricity from northern Germany have also not been sufficiently expanded.

The "fairy tale about the large power lines" is not true, said Aiwanger of the media group Straubinger Tagblatt/Landshuter Zeitung. "Baden-Württemberg has always campaigned for these lines, but they will probably not be completed there until the end of the decade, just like in other federal states." He emphasized: "The Federal Network Agency calculated in 2019 that Bavaria can only get out of nuclear energy if we have a secure gas supply for our gas-fired power plants. That is not the case." CSU General Secretary Martin Huber criticized: "Habeck has absolutely no idea about Bavaria."

Green leader Nouripour got in the same horn as his party colleague Habeck: "Had Markus Söder pushed the expansion of wind energy and power lines more consistently, the power supply in Bavaria would also be safer," he noted, referring to the Bavarian Prime Minister and CSU leader. 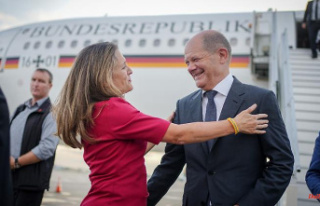