Zelenskyy in Washington: Biden: Ukraine's fight is part of something bigger

For the first time since the beginning of the Russian invasion, Ukrainian President Zelenskyj travels abroad. 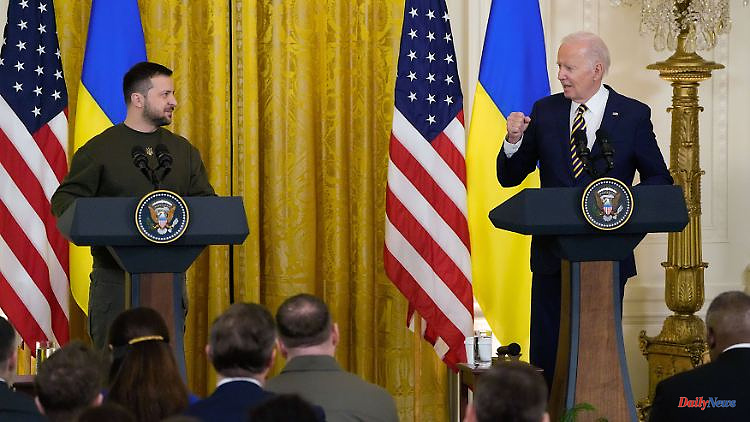 For the first time since the beginning of the Russian invasion, Ukrainian President Zelenskyj travels abroad. In Washington, he gets support from US President Biden. "You will never be alone," Biden promises his counterpart.

US President Joe Biden has pledged continued support from the US and the West to Ukrainian President Volodymyr Zelensky on his first trip abroad since the war began. "You will never be alone," Biden said at a joint press conference with Zelenskyy at the White House on Wednesday. "We will stand by you as long as it is necessary."

Exactly 300 days after Russia's war of aggression began, the President of Ukraine thanked the US for agreeing to supply his country with a first Patriot air defense system. At the same time, he made it clear that he would like to see significantly more weapons. The delivery of a Patriot system is an "important step" and will "significantly strengthen our air defenses," said Zelensky, who was wearing a camouflage sweater and cargo pants.

In front of the journalists present, Biden defended the internationally coordinated approach to arms deliveries: "The idea that we give Ukraine material that is fundamentally different from what it already has would break up NATO, the European Union and the rest of the world ." Biden continued: "We will give Ukraine what it needs to defend itself." He spent hundreds of hours convincing European partners how important Kiev's continued support was to them too. "They understand perfectly, but they don't want war with Russia. They don't want World War III."

At the press conference, Biden rejected Russian accusations that the delivery of the Patriot system represented an intensification of the war. "It's a defensive weapon system. It's not escalating, it's defensive." Kremlin spokesman Dmitry Peskov had previously said of the US air defense system: "All of this is certainly leading to an aggravation of the conflict and does not bode well for Ukraine."

Selenskyj surprisingly traveled to Washington on Wednesday. It was his first trip abroad since Russia's war of aggression against his country began on February 24. The US government pledged $1.85 billion in new military aid to Ukraine during the visit. This also includes a Patriot system, which Kyiv urgently wants in view of the ongoing Russian attacks on the Ukrainian infrastructure. The federal government welcomed the US announcement.

At the press conference with Biden, the Ukrainian President was determined not to give in to Russia. "For me as President, a just peace does not mean compromising on sovereignty, freedom and territorial integrity." Zelenskyy said he was proposing a global peace summit that would focus on restoring territorial integrity and international order. At the same time, he accused Russian President Vladimir Putin of lying at a meeting on the Ukraine conflict in 2019, saying that he did not want war.

Biden said Ukraine's fight against Russian attackers was "part of something much bigger". The United States knew "that if we stood by and watched such blatant attacks on freedom and democracy and the core principles of sovereignty and territorial integrity, the world would certainly face worse consequences."

Biden also stressed that he was "not at all concerned" about Western cohesion in supporting Ukraine. He accused Putin of showing no interest in ending the war. The war "could end today if Putin had dignity and did the right thing" and ordered a troop withdrawal, the US President said.

Ukraine "can succeed on the battlefield with our help and the help of our European allies and others," Biden said. If President Zelenskyy is willing to talk to the Russians, he will be able to succeed in the negotiations because he has won on the battlefield, Biden said.

The US is Ukraine's main ally in repelling the Russian attack. Since Biden took office in early 2021, the country's military aid to Kyiv has totaled an "unprecedented $21.9 billion," according to the US State Department. In the coming days, the US Congress wants to decide on further aid for Ukraine in the course of the 2023 budget of almost 45 billion dollars, around 42.4 billion euros. 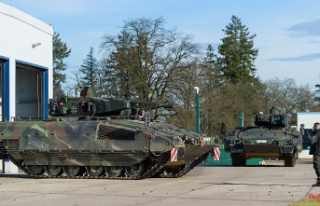