1.5 degree threshold before the fall: "Global change in the earth's climate has long been underway"

In its new climate report, the World Meteorological Organization (WMO) warns that the 1. 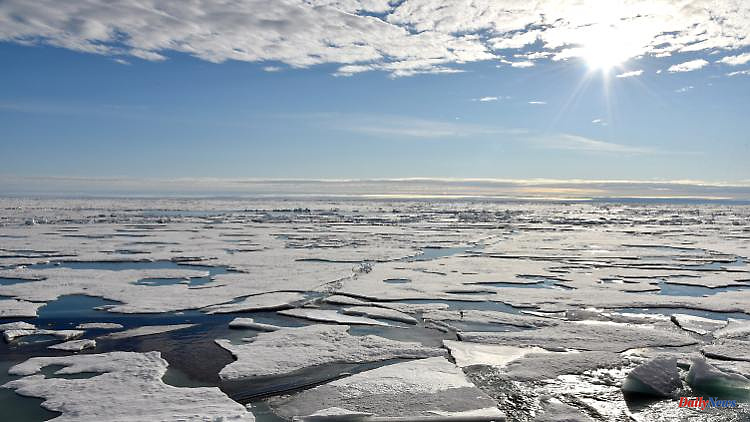 In its new climate report, the World Meteorological Organization (WMO) warns that the 1.5-degree threshold could be exceeded in the next five years - the probability of this is 50 percent. The warming of 1.5 degrees Celsius compared to pre-industrial global average temperatures is thought to indicate the point at which climate impacts become increasingly harmful to people and the entire planet. In an interview, ecophysiologist Hans-Otto Pörtner from the Alfred Wegener Institute (AWI) for polar and marine research explains what that means and what the effects of climate change are already showing.

Professor Pörtner, the WMO puts the probability that one of the years between 2022 and 2026 will be the warmest year since modern weather records began to be 93 percent. Also with a 93 percent probability, the five-year average for 2022-2026 will be higher than the value of the last five years from 2017-2021. How do such percentages come about?

Hans-Otto Pörtner: The current forecast that we will see a year in the next five years that will reach or exceed 1.5 degrees of global warming on average is ultimately a statement that comes from climate models that calculate such probabilities taking into account the be able to calculate existing climate fluctuations with sufficient accuracy. And that probability is 50 percent. What this statement means: We are approaching that 1.5 degree threshold with global warming. This also means that as soon as we move closer and closer to it, we are more and more likely to cross the threshold at certain points, on a global average.

At the time, the report arose from an invitation from the UNFCCC Framework Convention on Climate Change because there was not enough knowledge available for scenarios below 2 degrees warming. This gap should be closed. The invitation was made at the Paris Conference in 2015 and the IPCC has accepted it for the sixth reporting cycle. It was a successful undertaking because it was the first attempt to calculate and evaluate 1.5 degrees. We compared the scenarios for 1.5 and 2 degrees of global warming and were very surprised ourselves at how big the differences between these scenarios are and how big the numerically seemingly small difference in the effects is.

The number around which everything revolves: 1.5 degrees. WMO Secretary General Petteri Taalas says: "The number of 1.5 degrees is not an accidental statistical value." What do you mean with that?

The goal of wanting to limit global warming to a maximum of 1.5 degrees is derived from the fact that the effects of climate change have been examined comprehensively. A coalition of the willing, led by the small island states, introduced the tightening of the climate target in Paris: not just 2 degrees, but stay well below it, with the aim of not exceeding 1.5 degrees of warming. In the 1.5 Degrees Special Report, we brought together findings with the other IPCC working groups, from global warming and its impacts to ways to mitigate climate change.

What scenarios are required to maintain 1.5 degrees?

Our report and the update by the WMO show that we are on the brink. We see that the political and social decision-making processes are very sluggish. It worries us that these numerical climate targets are not being taken seriously enough by politicians. From the risk assessment that we adopted in the status report of the IPCC Working Group II at the end of February and beginning of March this year, you can see very clearly that by exceeding 1.5 degrees we are exceeding the upper limit of our "normal range".

The Alfred Wegener Institute (AWI) brought disturbing information from the Arctic with the Mosaic expedition. In its report, the WMO also sees dramatic developments north of the Arctic Circle. "What happens in the Arctic doesn't stay in the Arctic" is a dictum from the AWI. What is happening in the far north and how is it affecting us in Europe?

We see increasing destabilization of sea ice cover and a decrease in area. We're seeing a change in ecosystems, in plankton activity, in wildlife. The trend of decreasing sea ice coverage will result in less heat being reflected back from the white surface, causing this sea area to warm up more. Ultimately, this also has climatic effects. The circulation in the upper atmosphere changed by climate change, the jet stream, which controls the position and speed of displacement of the weather systems, is well known. In the northern hemisphere, high or low pressure areas often get stuck and don't make any headway. This results in heat waves worldwide with thousands of deaths, warm arctic winters and cold waves in North America, but also droughts and flash floods in our region. This shows us that a global change in the earth's climate has long since been set in motion.

For the year 2022, the periodically occurring climate phenomenon La Niña is expected to slightly lower the global mean temperature. La Niña is typically associated with increased drought in south-western Europe and south-western North America, which are already experiencing drought today. In Northern Europe and Australia, on the other hand, the WMO experts predict wetter conditions than the long-term average. Do we have to get used to burning forests in Spain and California and floods in Australia?

We do indeed have increasing fire risks. Forest fires are initially natural events, but their intensity and the area affected are increasing. In Australia we have seen massive devastation by fire, with consequent impacts on the natural environment and the deaths of millions, billions of animals. These are dimensions that we would not have gotten without climate change. This also applies to other regions. Increasing drought, the unequal distribution of precipitation is also noticeable, sometimes seasonally intensified.

You have worked in a leading capacity on various reports of the Intergovernmental Panel on Climate Change (IPCC). The current WMO report describes climate primarily as an atmospheric issue. At AWI you head the Department of Integrative Ecophysiology. Her work makes it clear that the climate crisis is not just about atmospheric science. Wouldn't sustainability crisis be a better term to describe a broader threat we face?

We have to see ourselves as part of the Earth system. Climate is not only atmosphere, water and ice, but also biosphere and soil. All of these subsystems are thrown out of balance at the moment. As a physiologist, what worries me most is the hopeless exposure to extreme temperatures, which ultimately, even if only for a limited time, can make a habitat uninhabitable for animals, plants and humans. This planet is characterized by a climate conducive to living nature, otherwise life would not have developed here and it would look like Mars. We have it in our hands to shape our natural environment in such a way that our livelihoods are preserved.

You can read the entire interview at helmholtz.de 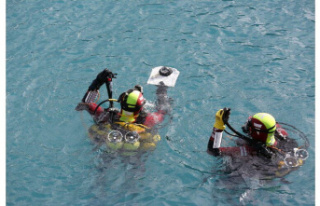 Haute-Savoie. Hery-sur–Alby: A fisherman finds a...