A closer look into the bowl: dry food is the most environmentally friendly

Huge amounts of money are being spent on dogs and cats around the world. 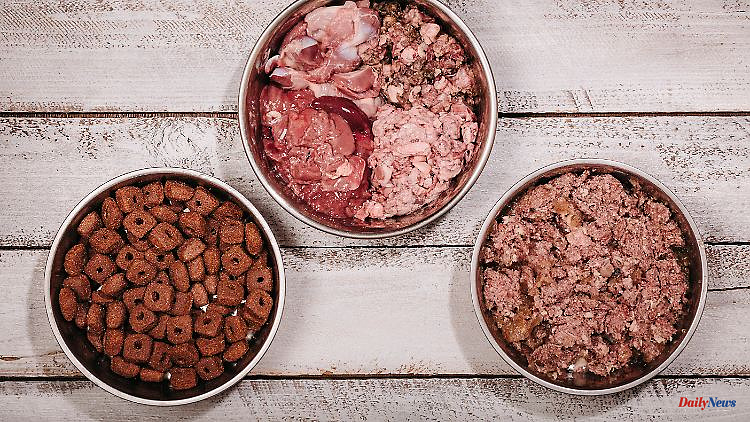 Huge amounts of money are being spent on dogs and cats around the world. However, greenhouse gases that are harmful to the climate are also produced during the production of food for our loved ones. Researchers are therefore starting to compare the different types of food in terms of their ecological footprint and have come up with a clear result.

Dry pet food is significantly more environmentally friendly than wet food. This is the result of a study on the ecological footprint of food for dogs and cats in Brazil. The dry food of a dog weighing ten kilograms causes an average of 828 kilograms of carbon dioxide (CO2) equivalents per year - based on the Brazilian food supply. If the same dog is fed wet food, its footprint is 6541 kilograms of CO2 equivalent - almost eight times as much. The study by a research group from the University of Sao Paulo (Brazil) led by Márcio Brunetto has been published in the journal "Scientific Reports".

'It is necessary to consider the environmental impacts of pet food because they are significant and the population of pets tends to increase,' the scientists write. In Germany alone there are more than 10 million dogs and more than 15 million cats.

About 26 percent of global greenhouse gas emissions are generated by the production of food, according to a study from 2018. Brunetto and colleagues adopted the method of this study for estimating CO2 equivalents in food production for the examination of dog and cat food. It takes into account - based on 1000 kilocalories - the emitted greenhouse gases, land use, water consumption and the emissions of sulfur dioxide, which contributes to air pollution, and phosphates, which lead to algae blooms and the like.

The researchers included 938 dishes from Brazil, 618 for dogs and 320 for cats. This includes ready-made feed as well as dishes prepared by pet food retailers or by pet owners, for which the ingredients can be found on the Internet. Using the ingredients and their respective quantities, the researchers calculated the environmental impact of the various foods.

As a result, dry food with a maximum of twelve percent water content performed significantly better than wet food sold in cans or bags. Food prepared by feed retailers or pet owners was also, on average, significantly more environmentally friendly than wet food, but less environmentally friendly than dry food. An important factor is that in dry dog ​​food, 45.4 percent of the usable energy comes from animals, while 89.3 percent of wet food comes from animals.

Since, according to many experts, dogs and cats need animal components for a balanced diet, the study authors make some suggestions as to how the food could become more environmentally friendly. So it would be possible to use insects as a food source. The production of 100 grams of protein from mealworms (Tenebrio molitor) generates around 14 kilograms of CO2 equivalents and uses 18 square meters of land; that's up to 14 times less than the same amount of protein from chicken or pork. The researchers also advise reducing the amount of nutrients per ration, as they are significantly higher than the energy consumption of many dogs and cats. 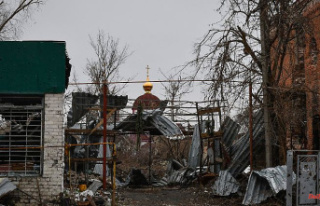 The day of the war at a glance: Front in Donbass hardened...