Although banned decades ago, PCBs continue to pose a threat to wildlife

HOLDERNESS (NH) -- Tiffany Grade, a biologist, saw what she was afraid of when she navigated her boat towards a wooden platform that floated in pristine New Hampshire lakes where "On Golden Pond" was filmed. 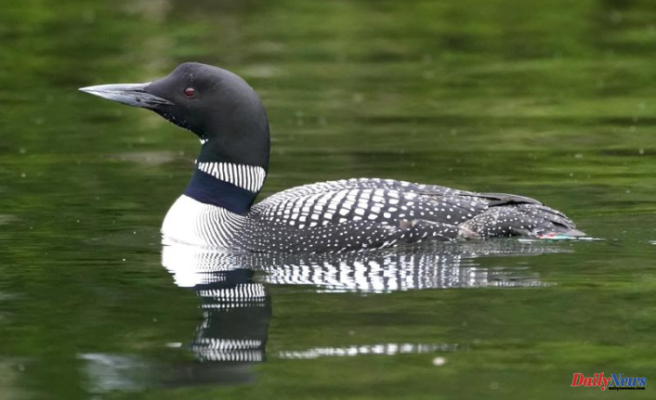 A nest was abandoned by its parents, and a brown loon egg with black speckles sat on it. It had no chance of hatching. Grade gently scooped the egg with her gloved hands and placed it in a ziplock bag.

The egg was sent to Canada to be tested for chemicals, including polychlorinated biphenyls (or PCBs), that were found in other Squam Lake loon eggs and fish from the area.

Grade is currently investigating the possible link between PCBs & population declines in fish-eating birds, which are known for their sharp beaks and black and white speckled backs as well as their iridescent greenish faces and haunting sounds.

Grade, who works with the Loon Preservation Committee of New Hampshire, said that "these are chemical contaminants." We don't know the exact effects, but there are some eggs that are higher than those known to cause reproductive and health problems in other birds. That is enough for us to be concerned and investigate further.

PCBs are still present in lakes in the shadows of the White Mountains, proving that these heat-resistant chemicals have remained a threat to wildlife for more than 40 years after being banned in the United States.

PCBs are a class that includes more than 200 chemicals and have been used for nearly 50 years. They have been detected in wildlife all over the globe, including shorebirds along Great Lakes, bottlenose dolphins on the East Coast, and even in the Mediterranean. Scientists discovered that they can make certain animals more susceptible to cancer, disrupt energy production, and cause disruptions in growth.

"There are five decades worth of research that shows that PCBs can have health impacts on wildlife and humans," Keith Grasman, a biology Professor at Calvin University in Michigan, said. He has been studying pollutant impacts on birds in Great Lakes and other areas. "Though their concentrations have decreased in many circumstances, we still see problems with these legacy compounds."

Researchers in New York discovered that song sparrows and chickadees who ate PCB-contaminated insects along the Hudson River had a different sound than those from uncontaminated areas in Adirondacks. Researchers at Cornell University believe that PCBs can interfere with the development of the brain part responsible for singing and may have negative consequences for breeding.

The Marine Mammal Center assists 800 stranded marine mammals every year along the 600 mile (965 km) California coast. A 2020 study on stranded sea lions found that PCBs as well as DDT (also banned decades ago) are contributing to cancer rates up to 23%.

Cara Field, the medical director at the center, stated that "that rate of cancer in wildlife is almost unheard of." She also said that the disease caused a "complete and systemic breakdown" of the animals, and that their blubber contained much more PCBs than the ones without cancer.

PCBs have also been harmful to fish-eating birds.

Grade and his colleagues from the Loon Preservation Committee want to find out why there are so few chicks at Squam Lake, the location of the 1981 movie starring Henry Fonda, Katharine Hepburn, and is now a tourist attraction.

Between 2004 and 2005, the population plummeted from 16 to 9 pairs to 9. It has taken a long time to recover. There were 14 pairs on the lake this year, which is compared to 312 elsewhere in the state. Three chicks survived, which is still less than half of the productivity in other New Hampshire lakes.

The PCBs and other contaminants found in eggs from Squam Lake were six times more than eggs from New Hampshire, Maine, and New York, according to the committee. PCBs were also detected in the crayfish and in the tributary that drains into the lake. This led to the theory that PCB-laced oil, used decades ago to control dust on dirt roads, may have made its way into the waterways.

The state tested the lake's smallmouth bass, yellow perch and eggs for contamination by loon eggs. High levels of PCBs led to a 2020 advisory restricting the amount of fish anglers can eat.

Ted Diers, the administrator of the state's Watershed Management Bureau, stated that "We wouldn't have thought that Squam Lake could have been a location in which this would have been an issue." "There is no industry. It opens up a lot of questions that we can't answer right now.

Loons are a threatened species in New Hampshire. They face many challenges.

Raccoons and other shore-prowling predators like raccoons attack nests. The birds are killed by territorial disputes. They are poisoned by lead fishing tackle. Their nests are less likely to develop. A warming climate can cause loons to lose their nests and overheat them.

"Contaminants isn't all these loons have to deal with. She said that they are dealing with many things. It is difficult to separate. It's much easier to separate if you have a bird in a lab, dosing it with contaminants, and then watching what happens. This is clearly not what we do.

Anne Kuhn is a scientist at the U.S. Environmental Protection Agency who has studied contaminants in wildlife and agreed that it might be difficult to determine the effects of PCBs upon Squam Lake loons.

Her research found that mercury from coal-fired power stations, shoreline development, and human activities in New Hampshire lakes were all contributing to the decline of loon populations. Mercury alone was not the problem.

Diane Nacci, EPA research biologist, stated that it could also be that PCBs or other chemicals are causing the problem.

Nacci stated that while one stressor may not be sufficient to cause reproduction problems in loons, a combination of them could be enough.

Grade currently collects abandoned eggs from Squam and other New Hampshire lakes, and tests them for contaminants. Grade is looking for answers that might help the loons to survive. She said, "They are an absolutely charismatic bird." "It is hard to imagine any New Hampshire lake with loons." 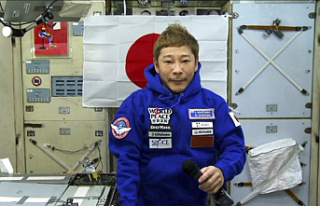