Cases in Germany too: are bites from exotic poisonous snakes increasing?

Over 600 of the 3,000 species of snakes worldwide are poisonous. 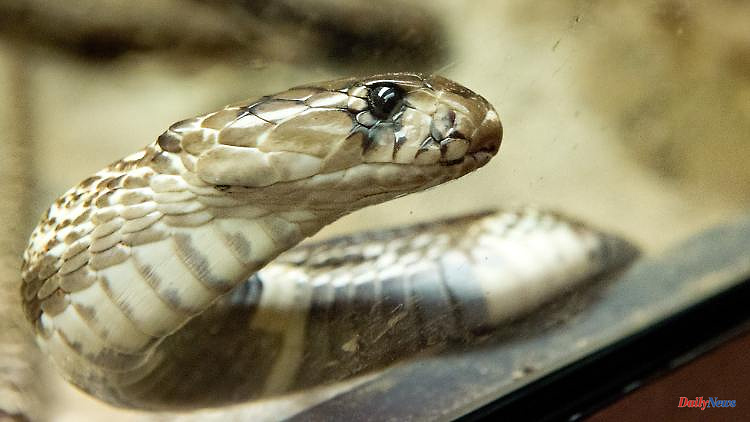 Over 600 of the 3,000 species of snakes worldwide are poisonous. According to a study, the number of biting accidents with exotic snakes is increasing in some countries. There have recently been three cases in Germany. Do we need stricter rules of conduct?

In recent weeks, bite accidents with exotic poisonous snakes have attracted attention in Germany - in the district of Lippe, in Hagen and in Sehlde near Wolfenbüttel. A recent study suggests that such incidents are on the rise in some countries, such as the UK and US - apparently because keeping such animals has become more popular. Experts in this country do not see such an increase. However, there are neither nationwide numbers on the keeping of snakes nor the number of bite accidents.

More than 600 of the world's 3,000 species of snakes are poisonous. The World Health Organization (WHO) considers snake bites to be one of the most important neglected health issues, writes a British research team led by Pardeep Jagpal from the National Poisons Information Service in Birmingham in the journal Clinical Toxicology. It is estimated that between 80,000 and 140,000 people die from such bites worldwide every year, and up to 400,000 others suffer permanent damage such as loss of vision or limb amputations. Affected are almost exclusively people who live in regions of origin of dangerous poisonous snakes, such as in India.

"Most medically relevant snakes are native to Asia, Africa, Latin America and Oceania, but the opportunity to encounter these species is no longer limited by geography," writes Jagpal's team. Snakes are becoming increasingly popular as pets, especially in Great Britain and the USA; they can be found in about every 125th household in both countries.

For these 12 years, Jagpal's group analyzed information - where available - on the 312 registered snake bites in Great Britain. Adder bites - the only native poisonous snake species - were not taken into account. The accidents were reduced to a total of 68 ways. Around 57 percent (184 bites) were mostly non-venomous snakes (Colubridae), around 29 percent pythons (Pythonidae; 57 bites) and boas (Boinae, 34 bites) - both non-venomous giant snakes. As far as is known, none of these incidents had serious consequences.

Attacks by the two large groups of poisonous snakes were more serious: 9.3 percent (30 bites) were vipers (Viperidae), 4.4 percent (14 bites) poisonous snakes (Elapidae). Two species accounted for most of the serious incidents: the Western diamondback rattlesnake (Crotalus atrox) and the South Asian cobra (Naja naja), also known as the spectacled snake. In Germany, too, rattlesnakes and cobras are popular with keepers, says Markus Monzel from Serum-Depot Berlin.

While people in the snakes' countries of origin are mostly bitten on the lower extremities, i.e. on the legs and feet, according to the study, two thirds of the upper extremities were affected in Great Britain - from the fingers to the shoulders. Two thirds of the bitten people were male, 81 percent private owners and 12 percent had to do with the animals professionally - for example in pet shops or zoos.

The majority of the bites - almost 87 percent - caused no or only minor symptoms, with around 9 percent the symptoms were moderate. Serious problems followed in just under 5 percent (15 bites), and one person died. This snake worker had been bitten three times in 28 months: first by a common mamba (Dendroaspis angusticeps), then twice in a few weeks by a king cobra (Ophiophagus hannah).

"Individuals with a particular interest in keeping venomous snakes must accept the risk of being bitten, possibly more than once," the team writes. In such a case, professional advice and rapid access to antidotes are important.

In Germany there is no central registration of venomous bites. The case from Sehlde shows that such cases do occur. The 35-year-old owner was bitten on the finger by a rattlesnake and barely survived after receiving an antidote flown in from Munich. According to media reports, the woman had kept 88 poisonous snakes. In spring, a man was bitten by a Gabon viper in the Lippe district, and a case from Hagen became known in June.

The Göttingen Poison Information Center (GIZ) North, which is responsible for the federal states of Lower Saxony, Bremen, Hamburg and Schleswig-Holstein, has registered 16 inquiries for rattlesnakes alone since 2015. These usually took place after a bite, says a head of the center, Andreas Schaper. The center provides medical advice and above all knows where a suitable antidote is available. However, the toxicologist has not recorded a significant increase in inquiries about snakebites in recent years.

The expert Monzel considers the rapid succession of the three most recent cases in Germany to be statistical outliers, and there are also years without a bite accident. According to Serum-Depot Berlin, there has not been a deadly bite attack by a snake on a holder for at least 40 years.

It is unclear how many snakes are kept in Germany. The Industry Association for Pets expects 1.2 million terrariums in Germany, which corresponds to 2 percent of households. In addition to snakes, lizards, spiders and other animals are kept there. And many snakes popular with keepers are non-venomous, emphasizes Monzel, citing ball python (Python regius), corn snake (Pantherophis guttatus) and king snake (Lampropeltis) as examples. Concrete figures are available from North Rhine-Westphalia, where the keeping of poisonous snakes is notifiable: According to the state government, 3553 poisonous snakes were kept there at the end of 2021.

According to Monzel, there are currently no nationwide uniform legal regulations for keeping snakes. Several federal states have regulations for dangerous animals such as an obligation to report, others do not. Such a reporting obligation makes sense. For example, the fire brigade can prepare for such a population of animals if they ever arrive because of an emergency. In addition to an obligation to report, Monzel considers a certificate of expertise based on nationwide standards to be desirable. Because dangerous animals are problematic, the expert argues, especially in the hands of inexperienced owners. 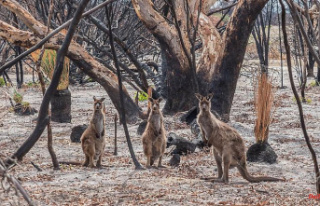