Chemicals, pesticides, algae?: What we know about the causes of fish kills

Research teams and authorities are still puzzled as to what caused the mass death of fish in the Oder. 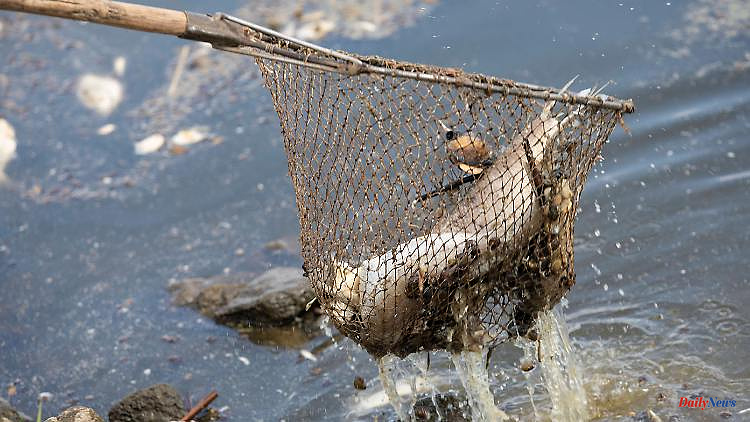 Research teams and authorities are still puzzled as to what caused the mass death of fish in the Oder. There are now several theories about the environmental catastrophe. ntv.de introduces them.

It is the biggest environmental disaster in Brandenburg for decades: masses of fish have been dying in the Oder for more than a week. By the weekend, around 200 tons of dead fish had washed up on shore. The mass extinction began upstream in the Polish Oder region and then spread downstream. But who or what is responsible for this? There are now various explanations for the death of the many fish. Scientists assume that several damaging factors came together in the Oder disaster.

In the first water samples, an exceptionally high concentration of various salts, too high pH values ​​and unusually high oxygen values ​​were found in the laboratory. It is therefore speculated that chemical waste could be responsible for the organic pollution in the Oder. "It is likely that a huge amount of chemical waste was dumped into the river, with full knowledge of the risks and consequences," Prime Minister Mateusz Morawiecki said on Friday. Investigations into an environmental crime are already underway. The Polish police had heard more than 220 witnesses by last Wednesday. So far, no culprits have been found.

The Berlin-Brandenburg state laboratory recently also demonstrated excessive pesticide values. The Brandenburg Environment Ministry announced that high concentrations of a pesticide with the active ingredient 2,4-dichlorophenoxyacetic acid were found in samples from the Frankfurt Oder measuring point between August 7th and 9th. However, it can be assumed that the detected dose was not immediately fatal to fish. The active ingredient is used, for example, to combat weeds.

Now there is a new clue to the possible cause of the death of fish and other aquatic animals: scientists from the Leibniz Institute for Freshwater Ecology and Inland Fisheries (IGB) detected the mass proliferation of the toxic algae species Prymnesium parvum in water samples. Satellite images also showed an unusually high concentration in the river. According to the researchers, the mass growth of the algae could explain the significantly increased measured values ​​for oxygen, pH and chlorophyll.

The effect of the Prymnesium toxins is particularly devastating for gill-breathers such as fish, for molluscs such as mussels and also for amphibians, since the algal toxin can attack and decompose the mucous membranes and fine blood vessels, among other things. "We would like to emphasize that at the moment we can only prove the mass development of a potentially toxic alga, but the type and concentration of any toxins will only be known in a few days. However, our previous observations on the Oder and also the condition of the fish and mussels are correct to our assumption," says Jan Köhler from the IGB.

Markus more also believes that Prymnesium parvum is a possible cause of the catastrophe - but still has doubts: "We need evidence that the algae actually produce toxins and that their occurrence actually corresponds to the times and places of fish deaths," said the head of the river ecology department at the Helmholtz Center, however, in conversation with ntv.de. Even if it should be confirmed that the mass extinction on the Oder is due to the toxic algae, according to more and the IGB researchers, this is still clearly a man-made catastrophe. Because only the high salinity and warmth made a mass increase in the Oder possible. "The type of algae actually only occurs in brackish water and requires a higher salt content, which naturally does not exist at all on the affected stretch of the Oder," explains Köhler.

Particularly favorable conditions for propagation prevailed in the barrages in the upper part of the Oder: "If highly saline, warm and nutrient-rich water has had longer residence times in these barrages due to industrial discharges, this would be tantamount to a bioreactor for the breeding of brackish water algae," explains Charcoal burner.

In addition to a possible discharge of chemicals, the low water caused by the drought also plays a role: "At low water, there is an increase in concentration because harmful substances are transported in a much smaller volume of water," says IGB researcher Tobias Goldhammer. "If other hazards such as toxic algal blooms or chemical contamination are added to the existing pollution, this can quickly destroy entire ecosystems in water bodies."

Another problem for the ecosystem are the expansion measures for inland shipping. Despite the drought and protests from German authorities, Poland had started to expand. "This work is in itself a massive intervention in the ecosystem of the Oder," says Christian Wolter from the IGB. "The currently ongoing dredging work stirs up sediments, nutrients and frequently present contaminated sites such as mercury." Even after the environmental catastrophe, Poland wants to continue with the controversial expansion. "We are determined to improve the navigability of the Oder," Poland's Deputy Foreign Minister Szymon Szynkowski vel Sek told the editorial network Germany (RND) on Sunday. "There are not only economic but also strategic reasons for this. Transport routes are a very important aspect of security these days."

According to the IGB researchers, the mass extinction on the Oder also shows how little resilient the rivers are now. That urgently needs to change. "In the course of climate change, extreme weather conditions are increasing, and at the same time the human pressure to use them is increasing," says expert Wolter. "If the aquatic ecosystems are to withstand this, then they must be resilient enough - this can only be achieved through significantly improved diversity in the water structure and species communities, but not through purely technical solutions."

Among other things, the scientists see more natural water retention in adjacent floodplains and the reconnection of tributaries such as oxbow lakes as suitable measures, so that the animals have better opportunities to retreat in the event of extreme and pollution events. This would also significantly strengthen the self-cleaning power of the water bodies. Nevertheless, it is clear that even such measures cannot prevent an extreme event such as the current fish kill. 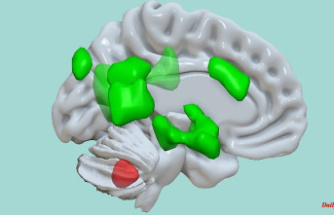 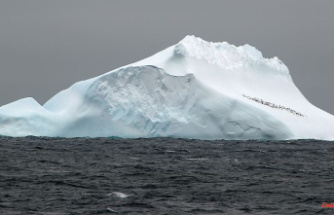 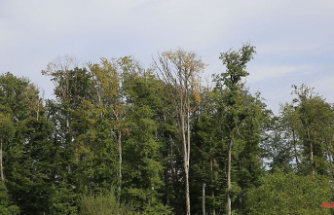 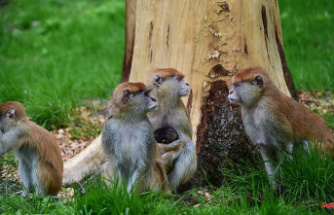 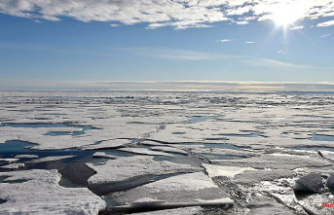 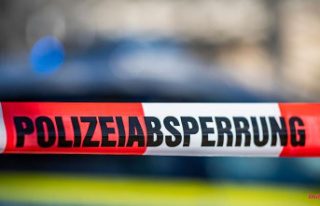