Finnish researchers have created the first "sand battery", which stores green energy for up to six months. 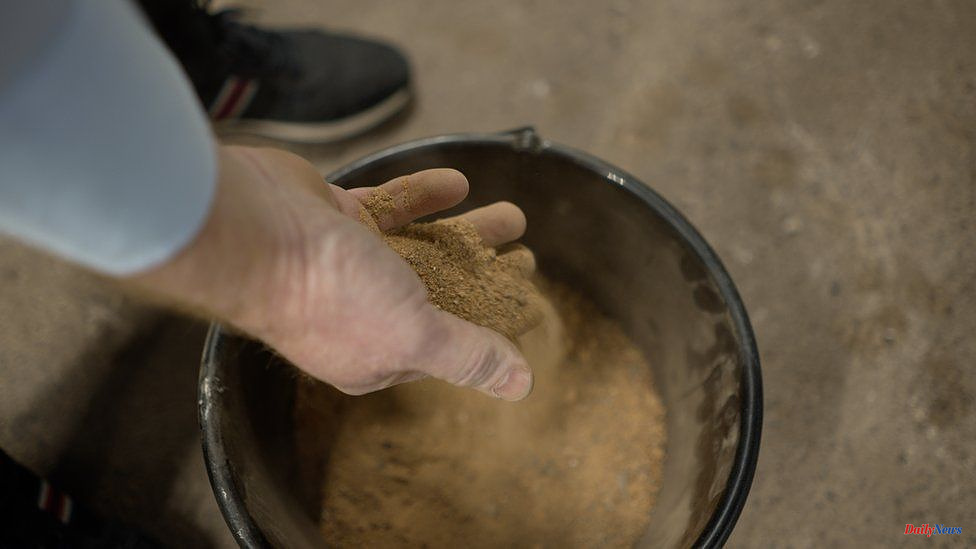 Finnish researchers have created the first "sand battery", which stores green energy for up to six months.

According to the developers, this could resolve the issue of year-round supply which is a significant problem for green energy.

The device is powered by low-grade sand and heat generated from cheap electricity from the sun or wind.

Sand stores heat at 500C and can be used to warm homes during winter when it is more costly.

Finland receives most of its gas from Russia. Therefore, the conflict in Ukraine has brought the topic of green power to the forefront.

It is the EU's longest Russian border and Moscow has halted electricity and gas supplies following Finland's accession to NATO.

Politicians and citizens are both concerned about heat and light sources, particularly with the long, bitter Finnish winter ahead.

A new piece of technology is located in the corner of a small power plant in western Finland that could help ease some of these concerns.

This device's key component? A silo containing around 100 tonnes of builder sand is stacked high in a grey silo.

These ready-to-use grains could be a cost-effective and simple way to store power when it is most needed.

Due to climate change, and the rising cost of fossil fuels, new renewable energy production is seeing a boom in investment.

However, while wind turbines and solar panels can be added quickly to national grids easily, this extra source of energy presents enormous challenges.

Intermittency is the most difficult question. How do you keep the lights on even when the sun isn't shining and the wind isn't blowing?

You will need to increase the number of renewable energy sources in your electricity grid to balance it. Too much or too little power could cause it to crash.

Large scale batteries are the best solution to these problems. They can store and balance energy needs as the grid gets greener.

Most batteries today are made from lithium. They are very expensive and have a large footprint.

A team of young Finnish engineers installed the first commercial battery made of sand in Kankaanpaa. They believe this will solve the storage problem in a low-cost and low-impact way.

Markku Ylonen (one of the founders of Polar Night Energy), said that whenever there is a high supply of green electricity, it is important to be able get it into storage quickly.

It was installed at the Vatajankoski power station, which manages the district heating system.

Low-cost electricity heats the sand to up to 500C using resistive heating (the same process as electric fires).

This produces hot air, which is then circulated in the sand via a heat exchanger.

Sand is a very efficient medium for heating and it loses very little over time. According to the developers, their device could store sand at 500C for several weeks.

When energy prices rise, the battery releases the hot air, which heats water for the district heating system. This water is then circulated around homes, offices, and even the local swimming pools.

The original idea for the sand-battery was developed in a former pulp mill in Tampere. The council provided funding and the space to make it possible.

Elina Seppanen (energy and climate specialist for the City) stated that if there are power stations that only work for a few hours during winter, when it is the coldest, it will be very expensive.

"But we do have the option of a solution that allows for flexibility in heat storage and use. That would be a huge cost-saving measure, I believe."

The big question now is whether or not the technology can be scaled-up to make a real difference. And will developers be able use it to produce electricity as well as heat?

When the sand is used only to return power to the electricity grid, efficiency drops dramatically.

However, storing green energy in heat over the long-term is a great opportunity for industry. Most of the heat used in food, drink and pharmaceuticals comes from fossil fuels.

Others, like the US National Renewable Energy Laboratory, are also actively researching sand as an option for green power.

The Finns, however, are the first to have a functioning, commercial system. According to the man who invested in it, the system is performing well.

"It's very simple, but it was enjoyable to try something new, to become the first in the entire world to do this," stated Pekka Passi (managing director) of Vatajankoski power station.

"It's a little crazy, but it's going be a big success."

1 Due to illness, Guns N'Roses cancels Glasgow... 2 Scotland: Traffic queues caused by fuel protests 3 "We have to break them": Zelenskyj wants... 4 Finally there with Galtier?: PSG probably has a new... 5 How America's Supreme Court is changing America 6 NHS trial using drones for chemotherapy drugs 7 Devastating floods: 50,000 Australians to flee water 8 Bavaria: Too few skilled workers for all-day care... 9 Bavaria: Driver dies in accident on A3 10 Baden-Württemberg: Hate crime in the southwest continues... 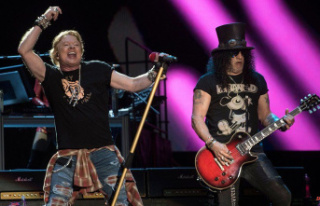