In September 2022, we will experience our third school year in times of Covid-19. 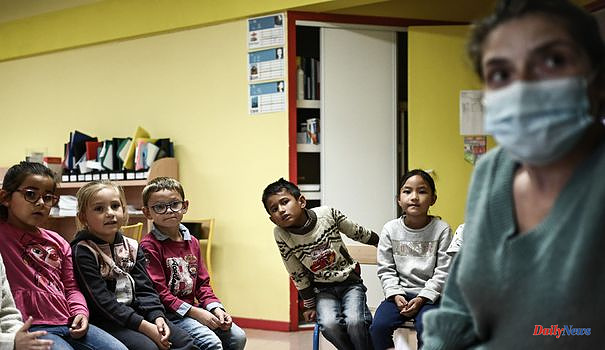 In September 2022, we will experience our third school year in times of Covid-19. In 2020, students aged 6-11 went back to school without a mask, as if they were naturally escaping respiratory infections; the mask was finally introduced during the Toussaint holidays.

In 2021, a health protocol in 4 levels was proposed, the first 2 of which involved daily time without a mask indoors (EPS lessons) and mixing between classes for catering; level 3 was triggered for primary schools in December, when 1% of primary school students tested positive each week. In middle and high school, levels 3 and 4 have never been applied, including when 7% of students tested positive each week in the last half of January 2022!

For the start of the 2022 school year, after seven waves, we therefore call on the new Minister of National Education, Pap Ndiaye, to learn from past failures, in order to ensure serene education in a school open to students and closed to viruses.

The first mistake would be to start the re-entry with a low level of security. This year again, autumn will arrive at the end of September: let's not be surprised any longer. It is preferable to propose a return to school at a high level of security, then to lift the measures when the indicators - concerted and scientifically based - are favourable.

The second error would be not to make it compulsory to wear a mask. The simple recommendation generates a lack of protection, too much social pressure for students wishing to keep it and is a source of inequality, with protection depending on the degree of information of families and the vulnerabilities of students or members of their household. Only compulsory wearing makes it possible to avoid exposure to the virus and to stigmatization and therefore to respect the values ​​of protection, solidarity and fraternity of the School of the Republic.

The third error would be to invalidate the wearing of the mask by daily and repeated times without a mask, for indoor sports activities or for catering in closed, poorly ventilated places. Measures have been proposed in 2021 to avoid this: "when the spreading of time slots or the organization of several services does not make it possible to respect the rules of distancing and the limitation of mixing between groups of pupils, other spaces that the premises usually dedicated to catering (party rooms, gymnasiums, etc.) can be used. As a last resort, take-out meals may be offered (if possible by alternating cold meals, take-out meals, and hot meals in the canteen by establishing a rotation every other day)".

The fourth mistake would be to come up with a plan and never implement it. The protocol must integrate several levels corresponding to different epidemic situations, determined by indicators of viral circulation in the population concerned (children, adolescents and adults) and known and anticipated thresholds of these indicators, which trigger the passage from one level to the next. 'other. Without a known threshold, we are doomed to relive the inertia of level 2 despite an incidence rate of 7000 in college and high school.

The fifth mistake would be to adopt reactive screening that is less effective than iterative screening, which turns out to be the best solution, with the least impact from an economic and logistical point of view, as shown by Inserm studies.

The sixth error would be not to finally invest in improving air quality. Two years after the publications showing that Covid-19 is spread by aerosol, it is absurd that France has not yet given itself the means to improve air quality in schools. Improving air quality reduces the risk of infection and induced absenteeism, but also reduces allergens, improves concentration and memory capacity. It is therefore necessary to invest in means of air quality control, ventilation and air purification, in particular CO2 detectors in all classrooms and air purifiers in all places where a threshold of 800 ppm cannot be reached in acceptable thermal comfort conditions, as well as in canteens and gymnasiums.

To repeat these mistakes would be unforgivable, for our children and our families. Everyone would like to put the epidemic behind them once and for all, but reality does not bend to our wishes. Past communication errors may have mistakenly led to believe that the epidemic was over, ignoring the 40,000 deaths in the last 12 months (out of 150,000 since March 2020), including 78 pediatric (60% in the first six months of 2022) or the fact that one in 50 primary school children and 1 in 20 secondary school children have declared a long Covid since their most recent infection (loss of smell or taste, cardiovascular and systemic symptoms in particular) according to data from the UK National Statistics Office (ONS).

The progress of knowledge on the SARS-CoV-2 virus, which appeared less than 3 years ago, reveals its possible involvement in neurological and immune sequelae. Severe pediatric hepatitis of unknown etiology, the subject of an alert by the World Health Organization, could also be linked to infection with the Covid-19 virus. In addition, the very sustained viral circulation in the school environment has a strong impact on attendance and learning, and participates in the dynamics of the epidemic in society, as amply demonstrated (here, here, here or there) and underlined by the Conseil Scientific.

Obviously, controlling the epidemic at school requires limiting viral circulation also in the community, by applying the same measures (wearing a mask compulsory in closed places, encouragement to telework according to thresholds known to all, improvement of the quality air...).

The government says it wants to activate the lever of prevention: now is the time to do so to protect the health and the future of our children and our country.

1 Let's not call it a war crime. Let's call... 2 January 6, 2021: Hunt for the Secret Service: Where... 3 50,000 euros bail – Karazor released from prison 4 Wrong grammar: "That's why I have cancer!":... 5 1. FC Köln demands the exclusion of Belarusian clubs... 6 Amélie Nothomb: behind the scenes of our unprecedented... 7 Uwe Seeler: The football legend is dead 8 Summer readings: our selection of ten holiday notebooks...... 9 Nasa could send rocket to the moon as early as August 10 Coffee grounds are a valuable raw material 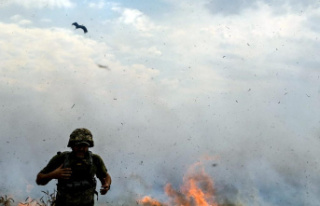