Mercury is extremely toxic and today mostly comes from batteries or industrial production. 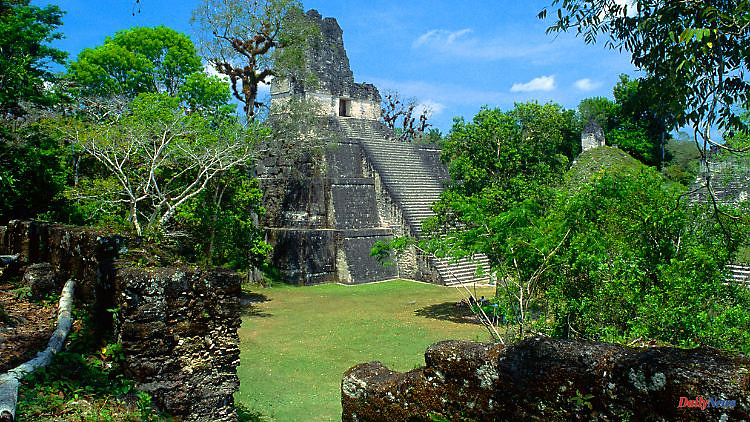 Mercury is extremely toxic and today mostly comes from batteries or industrial production. However, researchers are also discovering levels of mercury that are harmful to health in ancient Mayan centers and are providing a possible explanation for this.

Some of the soil under ancient Mayan sites is extremely polluted with mercury. An international research team found the highest concentration in the Mayan metropolis of Tikal in Guatemala, where researchers measured a value of more than 17 ppm (parts per million particles). That's 17 times higher than the 1 ppm threshold considered toxic, according to the team. The researchers found mercury in 10 of 11 Maya sites from the Classic Phase - i.e. in the period from 250 to 900 AD. In seven of these sites, the concentrations were in the critical range at at least one point.

At first, the scientists led by Duncan Cook from the Australian Catholic University in Brisbane could not explain the high mercury levels, as they write in the journal "Frontiers in Environmental Science". But analyzes showed that the Maya used the metal for decorative purposes for centuries. Among other things, they used paints and powders containing mercury to paint objects - especially from the mineral cinnabar with its bright red color popular with the Maya.

According to the team, the paint first applied to walls or ceramics later found its way into the floors through water. Mercury could also have gotten into the water reservoirs and thus harmed people's health, the team writes. This probably applies in particular to the pronounced dry phases towards the end of the Maya period, when the water reservoirs were usually only sparsely filled.

Even today, the sometimes heavy load on the corresponding soil layers is a danger for careless archaeologists, even though the civilization of the Maya dates back a long time. It originated in Central America about 3000 years ago and reached its peak during the first millennium AD. The Maya region stretched from present-day southern Mexico through Guatemala and Belize to Honduras and El Salvador.

"Environmental mercury pollution is commonly found in modern urban areas and industrial landscapes," geographer Cook is quoted as saying in a statement to the journal. "The discovery of mercury deep in the soil and sediments of ancient Maya cities was difficult to explain until we started looking at regional archeology. It shows that the Maya used mercury for centuries."

Mercury can enter the environment in a number of ways. In addition to its natural occurrence, for example in volcanic eruptions, humans also release mercury: it can be found in clinical thermometers, button batteries and amalgam tooth fillings, among other things, and is released when coal or waste is burned. In mining, it is also used to extract precious metals such as gold.

Contact with the heavy metal can damage the nervous system, the kidneys and the liver, among other things. As a possible historical example, the researchers point to the Tikal ruler Chitam II (Dark Sun), who is depicted as obese on frescoes. The team speculates that he may have suffered from metabolic syndrome, triggered by chronic mercury poisoning.

1 In addition to brushing your teeth: how useful is... 2 Cult box in the 1950s look: Citroën Berlingo 2CV... 3 Bavaria: High prison sentences for gangs of call center... 4 Mecklenburg-Western Pomerania: Moor expert Hans Joosten... 5 Saxony: Real sales declines in the Saxon economy 6 North Rhine-Westphalia: Truck with 20 tons of meat... 7 Saxony-Anhalt: After an explosion in Halle, the police... 8 Mecklenburg-Western Pomerania: After a train-truck... 9 Hesse: Wet prospects for Hesse 10 Bavaria: Serious accident on the B12: one dead, many... 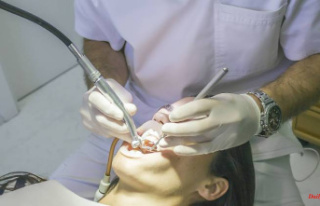 In addition to brushing your teeth: how useful is...