Diabetes and fatty liver: Even a small amount of sugar disrupts lipid metabolism

A person in Germany currently consumes an average of 34 kilograms of sugar per year. 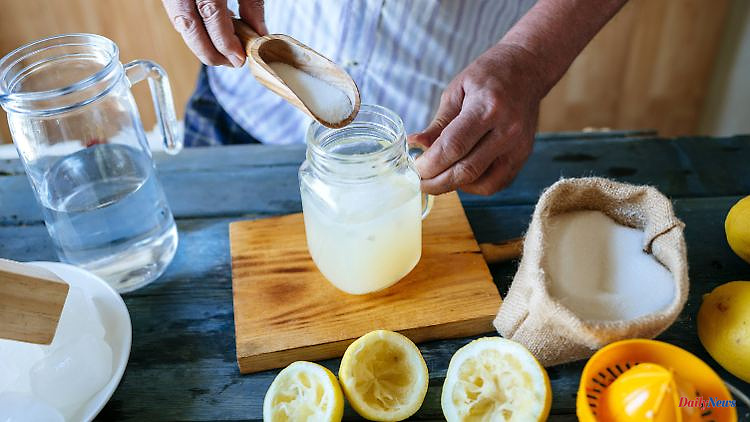 A person in Germany currently consumes an average of 34 kilograms of sugar per year. That's too much. According to a recent study, as little as 80 grams a day could be responsible for the development of diabetes or fatty liver.

How much sugar can the body tolerate? When does the liver overreact? And how do the effects of different types of sugar differ? Researchers from the University of Zurich asked themselves these questions and started their study with 94 young, healthy men.

For a period of seven weeks, one group of test subjects was given a drink sweetened with 80 grams of different types of sugar, which corresponds to around 800 milliliters of a standard lemonade. The sweetened drink contained either fruit sugar (fructose) or dextrose (glucose) or table sugar (sucrose), which consists of fructose and dextrose. The men in the control group avoided sugar, but still consumed the same number of calories as the sugar subjects.

Bettina Geidl-Flueck's team now examined various parameters of the participants' fat metabolism, including the production of fatty acids in the liver. It was found that the formation of fatty acids in the liver increased in the subjects with the sweetened drinks - namely in those who had consumed drinks with fructose and sucrose. Here even small amounts are sufficient to activate the liver metabolism and to produce more fatty acids.

But what about glucose? "The body's own fat production in the liver was twice as high in the fructose group as in the glucose group or the control group - and this was more than twelve hours after the last meal or the last sugar consumption," explains Philipp Gerber, who works at the Study has collaborated in a statement from the University of Zurich. In contrast, when consuming pure glucose, fat production remained unaffected.

The researchers were surprised that the most commonly consumed household sugar boosted fat synthesis even more than the same amount of fructose. Until now, fructose in particular has been suspected of causing such changes. So far, it has not been possible to explain why table sugar has an even stronger effect than pure fructose.

The researchers at the University of Zurich suspect an interaction between the two sugar molecules found in sucrose. The fructose could initially emit a signal that in the liver metabolism leads to more glucose than usual being sent to the liver. Much of this glucose is then metabolized in the liver and converted to fat.

"Our results are a crucial step in research into the harmful effects of added sugar and will be very important for future dietary recommendations," summarizes Gerber. Because the increased fat production in the liver is a first step in the development of widespread diseases such as type 2 diabetes or non-alcoholic fatty liver.

For health reasons, the World Health Organization recommends limiting daily sugar consumption to around 50 grams or even better to 25 grams. But that is not only a long way off in Switzerland, but also in Germany.

1 Saxony-Anhalt: 650 cases of influenza in Saxony-Anhalt... 2 Mecklenburg-Western Pomerania: Unknown damage Wiekhäuser:... 3 Traffic light alone in duty: Budget 2023 is full of... 4 More sanctions than planned: Union and traffic lights... 5 System change instead of climate protection: the Office... 6 Because of his unit's withdrawal: Activists:... 7 After "One Love" scandal: Rewe immediately... 8 Argentina's hype without borders: "The title... 9 "Everyone is instrumentalised": The referee... 10 DFB and top nations buckle: Neuer plays without a... 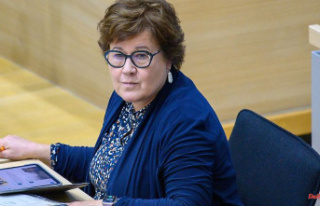