Fever, headache, pustules: In Europe, too, more and more people are getting monkeypox. 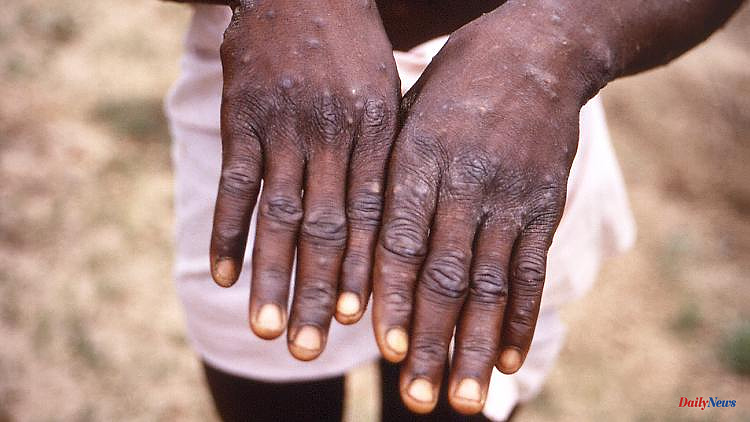 Fever, headache, pustules: In Europe, too, more and more people are getting monkeypox. So far, there is no approved drug against the virus infection. Researchers are now examining two drugs that are actually intended to treat human smallpox.

The monkeypox virus continues to spread in Europe. More than a hundred cases have now been detected - most of them in Great Britain, but there are already at least five cases in Germany. Those affected initially have a fever, headache, muscle and back pain and swollen lymph nodes. A few days after infection, smallpox appears on the skin, which eventually crusts and falls off. There is no approved treatment method yet. British researchers have now investigated two drugs that could help.

For their study, which was published in the journal "The Lancet Infectious Diseases", the research team led by tropical medicine specialist Hugh Adler from the 'Liverpool University Hospitals NHS Foundation Trust' examined the course of the disease in seven cases of monkeypox in Great Britain between August 2018 and September 2021. Three infected people were given 200 milligrams of the antiviral drug brincidofovir weekly. One patient received 600 milligrams of Tecovirimat twice a day for two weeks. The other three infected were not taking monkeypox medication.

Both brincidofovir and tecovirimate are generally approved for smallpox treatment, but not for monkeypox. According to the researchers, however, the antiviral agents had already shown their effectiveness in animals.

And with humans? The result of the treatments was that the supposedly promising drug brincidofovir had no clinical benefit. In addition, in all cases it led to liver dysfunction, which made it necessary to discontinue the therapy. According to the study, tecovirimat, on the other hand, shortened the duration of symptoms and was not associated with any undesirable side effects. Tecovirimat is an antiviral agent developed in the United States in anticipation of potential smallpox bio-attacks. The active substance binds to a protein of the virus and inhibits it.

However, the researchers concede that it is not possible to say with certainty whether the treatment with Tecovirimat actually led to the patient's faster recovery. Because the study worked with very small numbers of cases. A general statement is therefore difficult to derive. Nevertheless, Gerd Sutter finds the drug promising. "Tecovirimat is a highly effective drug against different types of pox viruses - that has been known for a long time," said the professor and virologist at the Ludwig Maximilian University of Munich to the "Tagesspiegel".

Despite the very small number of cases, the study confirms previous preclinical and clinical data on the preparation. "I consider Tecovirimat to be a particularly recommendable drug for the treatment of monkeypox," says the scientist. Due to the close genetic relationship between various smallpox viruses, Tecovirimat can also help against monkeypox. Because, according to Sutter, the drug also works very specifically against smallpox viruses, undesirable side effects are rare.

The study also seems to provide evidence that the monkeypox virus is now being transmitted more between humans than before. For example, in 2003 there was an animal outbreak in the United States linked to the import of Gambian giant hamster rats. They had passed the virus on to prairie dogs, which were then sold to humans as pets, causing 47 human cases of monkeypox. However, there were no confirmed cases of human-to-human transmission of the virus at the time.

But even now there is no reason to panic: "Although the recent outbreak has affected more patients in the UK than before, monkeypox has not spread very widely among humans and the risk to public health is low," writes the study author Hugh Adler.

According to current knowledge, the Robert Koch Institute (RKI) also assesses the risk to the health of the general population in Germany as low. According to the EU health authorities, the monkeypox virus can be particularly dangerous for small children, pregnant women and people with a weakened immune system. Previous cases have often been mild. The World Health Organization is not yet aware of any deaths from monkeypox in non-endemic countries such as Germany, France or Spain. 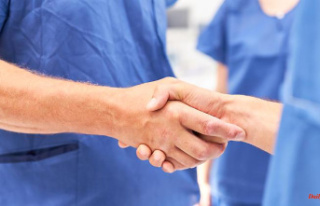 Ritual with a psychological meaning: can we break...