Emergence of monkeypox: "There is a pattern that is emerging here"

The current outbreak of monkeypox shows something unusual: for the first time, people outside of Africa are also infected with the virus. 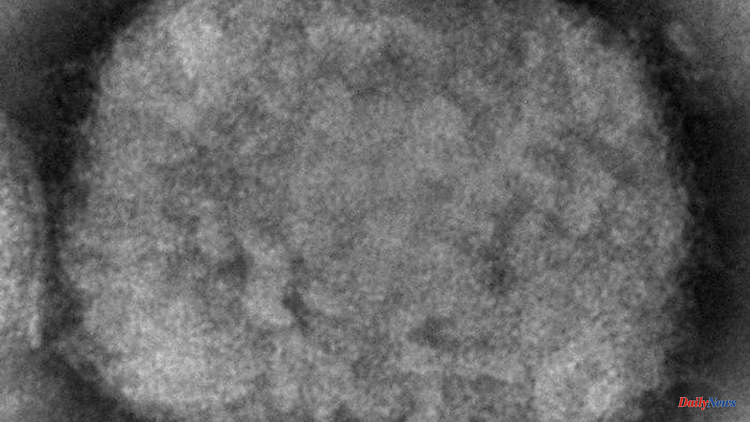 The current outbreak of monkeypox shows something unusual: for the first time, people outside of Africa are also infected with the virus. Has the pathogen possibly changed and adapted better to humans? Finally, monkeypox has been known since the late 1950s, but until now it has remained in Africa. Will that change now? ntv.de talks to virologist and zoonosis expert Thomas Mettenleiter about the dangers of failing to contain the virus and the dangerous trend towards animal pathogens.

ntv.de: Mr. Mettenleiter, the reported cases of monkeypox are increasing worldwide. Is it a new, dangerous pathogen, or is it just getting more attention because people are sensitized after the corona pandemic?

Thomas Mettenleiter: Monkeypox is nothing new, this smallpox virus has been known since 1958. By far the most outbreaks and transfers to humans take place in Africa, where the natural reservoir probably exists in rodents or squirrel-like species. In the Democratic Republic of the Congo alone, over a thousand such cases have become known in recent months. What is new, however, is that there are also chains of infection outside of Africa. There have been minor outbreaks, for example in the USA in 2003. But the fact that it has now assumed these dimensions, also across different continents, is a new situation. Apparently, this time it hit a human who probably brought the pathogen from Africa to the UK, where the virus then got into a specific population that now allows it to spread more easily.

Health Minister Karl Lauterbach has said there are two possible explanations for the new pattern of spread. One is that the monkeypox virus may be better adapted to humans. Do you see any evidence of this?

So if the current outbreak is not brought under control, does the likelihood that the monkeypox virus will become even more transmissible increase?

Yes, that is a conceivable scenario. Not the only conceivable one, but it's certainly one that's plausible.

Could the monkeypox virus also change in such a way that, like Sars-CoV-2, it is transmitted from person to person via aerosols through the air? It is currently still assumed that close physical contact is necessary for transmission, contact with bodily fluids or with the typical skin symptoms.

It is entirely possible that these smallpox viruses are also selected for better airborne transmission. However, the shedding of these viruses begins with the appearance of symptoms. Although these symptoms do not necessarily have to be pustules that cover the entire body, they can also be very small lesions. But there is definitely a clinical manifestation. The group of people who are particularly at risk should therefore pay particular attention to such changes. And if something like this occurs, even if you are unsure, it is better to see a doctor.

Men who have had sex with other men are currently considered particularly at risk?

Yes, that's how it looks at the moment. Of course it doesn't have to stay that way. The pathogen could also look for other routes.

Karl Lauterbach had brought up another possible explanation for the current outbreak that people may have become more susceptible to the virus.

I don't see any real indications for that at the moment either. For example, that populations have changed in a fundamental genetic way. What has changed is that the pathogen has apparently acquired a specific population that makes it easier for it to spread.

Vaccination against human smallpox has already been brought into play as another factor for easier spread. Although it protects well against monkeypox, it was phased out in the 1980s. Are younger people who have never been vaccinated against smallpox more at risk?

That's right. After natural human smallpox was eradicated in 1980, vaccinations were discontinued. This certainly favors the spread of a related virus, such as the monkeypox virus. The population groups that are still vaccinated against classical smallpox are certainly at least partially protected against monkeypox.

Monkeypox is a zoonosis, i.e. a disease that originated in animals and has spread to humans. As a zoonosis expert, you repeatedly warn of the dangers of such animal pathogens. These seem to have caused problems more frequently in recent years - Zika fever, Mers and Sars are among the zoonoses, and there is also the possibility that Covid-19 is a zoonosis. Does the current monkeypox outbreak confirm a dangerous trend?

Indeed, there is a pattern emerging here. There is a natural reservoir and there is a spillover to humans, although with monkeypox we don't know exactly how and where that happened. But once a pathogen has opened up a new reservoir, it is important to break the chains of infection as quickly as possible. If this does not succeed, the spread scenarios that we saw with Sars-CoV-2 will occur. However, with monkeypox, I'm optimistic that the chains of infection can be broken because it's relatively clear how transmission occurs. And it is also relatively clear what can be done about it. And in an emergency, a ring vaccination with vaccines that are already available helps with monkeypox. A therapeutic intervention is already available. Both took a while with Sars-CoV-2. Therefore, it is currently a much better scenario.

What favors the transfer to humans?

There are very different factors and no general pattern. Of course, contact with wildlife reservoirs is an important interface. Because the pathogen must first have the chance to jump from there to humans. This happens very often via livestock or pets that have closer contact with humans, making transmission more likely. But globalization, global trade and global travel also play a role. In the Middle Ages, the plague took months to get from Asia to Europe, SARS-CoV-2 did it in a few weeks. In addition, there is urbanization and the encroachment of humans into ecosystems that they have not previously entered, or at least not to this extent. However, the respective contribution of these different components can be quite different.

How many pathogens are still dormant in wild animals?

According to rough estimates, there are several 100,000 to over a million pathogens that are still undetected in mammals. However, we have not yet been able to use genetic sequences to estimate how many of them actually have zoonotic potential. We're still at the very beginning. But I think the examples mentioned show that it is not just new pathogens that cause problems, but also well-known pathogens, such as monkeypox.

Are we at the dawn of an age of epidemics and pandemics?

That sounds a bit alarmist. Epidemics and pandemics are part of human history. Once the population size has exceeded a certain limit, this can happen. Due to the current population growth, we are approaching eight billion people, the probability of pathogens spreading is also increasing. From the point of view of the pathogens, there is currently almost nothing better than the human population, because it is highly mobile and tends to cluster in centers. Ants call it anthills, humans call it cities or metropolises. Covid-19 was not the first pandemic and will definitely not be the last. Whether pandemics are now becoming more frequent due to the factors mentioned is being discussed.

Do you see humanity institutionally, for example with a view to the WHO, and medically well prepared for further pandemics?

It's always a question of how you define well-prepared. I hope that we are better prepared than we were a few years ago. And that the attention is also higher. Will that be enough to stop an emerging epidemic or pandemic in the future? In my opinion, this depends not only on the ability to react and the infrastructure on the human side, but also on the properties of the pathogen. 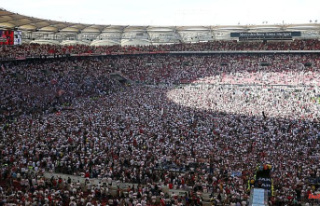