Anyone looking at the Elbe, Rhine or Isar will see that they carry significantly less water than in other summers. 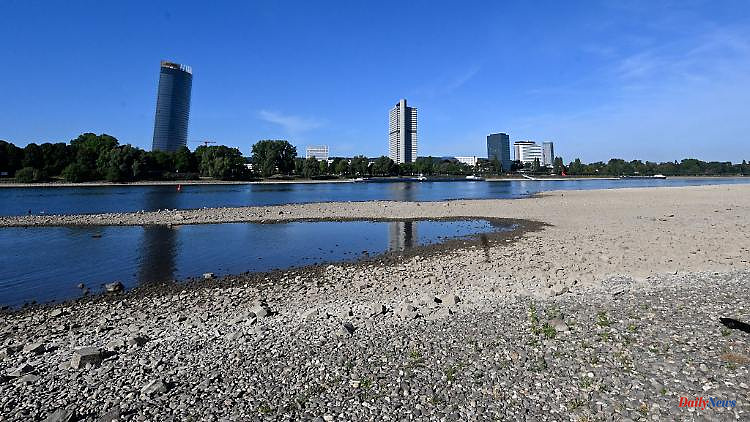 Anyone looking at the Elbe, Rhine or Isar will see that they carry significantly less water than in other summers. Water levels are falling earlier and earlier - with devastating consequences for wildlife. One reason is global warming.

Whether on the Rhine, Weser, Danube or Edersee: the water levels in many rivers and lakes in Germany fell particularly early this year - and to very low levels. Climate change is contributing to this, but the connections are complex. This poses many dangers, especially for the aquatic animal world. Experts call for prevention instead of aftercare.

According to climate researcher Diana Rechid from the Climate Service Center Germany (GERICS), low water is a natural phenomenon, but there are - as in this year - special climate extremes: On the one hand, very dry phases with little precipitation, on the other hand, very high temperatures high evaporation rates. Climate change promotes the occurrence of such extremes.

According to Jakob Zscheischler from the Helmholtz Center for Environmental Research, high temperatures lead, among other things, to more water evaporating from rivers and lakes as well as from open land areas. In addition, plants give off more water vapor into the atmosphere, which also removes water from the soil. Both contribute to the low water. Climate researcher Rechid sees another cause, due to climate change: "In addition, we had very little snow in winter, for example. Many rivers are also fed by temporarily stored water in the summer months." This can be seen, for example, on the Rhine, which receives meltwater from the Alps. There was little snow there last winter, and as a result the water runoff into the river was lower.

In addition, according to Rechid, a decline in glaciers has been observed overall for decades. As a result, less water is stored in the glaciers, and as a result less meltwater is released into the rivers over the course of the summer. The rain is also important. According to Zscheischler, climate change is leading to less rain in some regions, for example in the Mediterranean region, which is leading to more frequent and severe low water here. In northern Europe, on the other hand, it rains more as a result of climate change. Zscheischler and his team have not yet observed any long-term trends in Central Europe, but climate change is leading to slightly longer periods without rain here as well.

The German Weather Service (DWD) expects that there will be more frequent and possibly also more intense heavy precipitation in Germany in the future. "That doesn't mean that it has to rain more overall, but when it rains, it rains harder," says Thomas Deutschländer from the DWD. This refers to the summer. The reason for this is a physical law: the warmer the air, the more water vapor it can absorb - and thus potentially more water can be released.

Climate researcher Rechid also observes these extremes. "We have this contrast. With phases with too much water and phases with too little water." This should be exploited: In phases when there is too much water, it should not be discharged to the sea - but try to store the water more than before, for example in cisterns. These reservoirs could then be used in times of low water.

The low water also puts a strain on aquatic wildlife. Andreas Malcherek, Professor of Hydromechanics and Hydraulic Engineering at the University of the Federal Armed Forces in Munich, describes the process graphically: "You will all know that when you swim in a lake, the water is quite warm on the surface and rather cold further down. If so If a river has a shallower water depth, it also has a higher temperature in the deeper areas." This is associated with a lower oxygen content. Thus, the fish would have more problems getting oxygen and could die as a result.

According to Karsten Rinke from the Helmholtz Center for Environmental Research, not only heat but also pollutants can harm aquatic animals. "The large rivers are our highways for water-based waste disposal towards the sea," he says. Nutrients and pollutants are reduced considerably by the wastewater treatment, but the wastewater still contains more nitrogen or phosphorus than natural river water. At low tide, the concentration of such substances increases, which can lead to strong fluctuations in the oxygen content and pH value and consequently cause fish to die.

"Of course, when fish die, other organisms such as mussels and insect larvae also die," says Rinke. According to Rechid, it is not a solution to only do aftercare, but prevention is crucial. Measures that are being developed now must also be designed for future climate conditions. For example, she mentions better water reservoirs or the planting of climate-friendly tree species near bodies of water. Trees are not only carbon stores, but also provide shade for aquatic animals.

An important precaution is climate protection, with which everyone can help. This includes, for example, using regenerative energy sources, switching to climate-friendly means of transport, not wasting food or saving energy. "Because we have to become greenhouse gas neutral as quickly as possible in order to limit climate change," says Rechid. 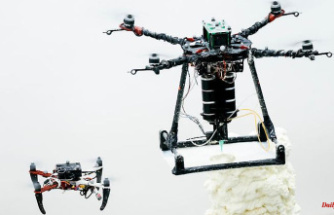 "The crew is fine": Russians and Americans start their journey to the ISS
BREAKING NEWS 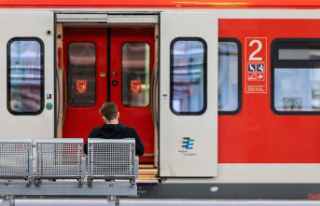